Today I sent in the draft for my upcoming talk in Chicago at the Society for Biblical Literature (SBL) Annual Meeting (Nov. 17-20). As it happens, the SBL program book also arrived in today’s mail—a 500 page doorstop that all attendees are supposed to carry around with them for four days. Right… The trip to Chicago will be a welcome break from my mundane existence in Eugene, Oregon. Thankfully, my costs have been covered by a generous benefactor. Otherwise, I could hardly afford the $1,000 tab.

This will be my first SBL meeting—and probably my last. I was basically dragged kicking and screaming into giving this presentation—because, quite frankly, the academic scene turns me off. I have little interest in nor respect for so many bible academics who, I believe, have dropped the ball in the field of early Christian studies and who sell out to the almighty paycheck.

Nevertheless, my esteemed colleague and editor, Frank Zindler, showed me about a year ago that there are exceptions. Some academics are chafing at the bit, fighting mightily to make a more rational view prevail in biblical studies. The names of some of these stalwart bible pioneers are well known to us: Thomas L. Thompson, Niels P. Lemche, Philip Davies, Robert Eisenman, Hector Avalos. There are also those without a university position: Robert Price, Earl Doherty, Frank Zindler, Richard Carrier, myself… Many of these scholars have come together to form a new “Section” in the SBL called “Metacriticism of Biblical Scholarship.” That’s code for radically redefining the Bible according to a scientific, and not a theological agenda. Good luck, I say…

The Metacriticism of Biblical Scholarship section is headed up by Hector Avalos, professor of Religious Studies at Iowa State University, a former Pentecostal preacher and child evangelist, but now an avowed atheist and energetic anti-traditionalist. Frank put me in contact with Hector and both encouraged me to join the SBL and to participate in the new Section. Reluctantly, I agreed. Before I knew it, I was signed up to give a paper in Chicago: “The Archaeology of Nazareth: A History of Pious Fraud?”

The 25-minute paper is now written and in two parts. The first part is a brief survey of the most significant material finds from the Nazareth basin as they relate to the existence of a settlement there at the turn of the era. This part has the following four points:

(a) the lack of published material evidence at Nazareth from roughly 700 BCE to roughly 100 CE;
(b) the 25 CE+ dating of the earliest oil lamps at Nazareth;
(c) the 50 CE+ dating of all the post-Iron Age tombs at Nazareth, which are of the kokh type; and
(d) the existence of Middle Roman tombs under the Church of the Annunciation.

The second part of the paper concerns the question of “pious fraud” as this relates to the history of Nazareth archaeology. It has three points:

(e) The non-rigorous nature of “Christian archaeology” wherein priests train in seminaries and are unable to conduct an exacting modern excavation;
(f) The monopoly exercised in Nazareth by the Catholic Church, evident in Church ownership of the “Venerated Sites” where most of the digging has taken place (thus limiting access, evaluation, and publication);
(g) A persistent history of error, internal contradiction, and outright fraud which continues to mar critical archaeological findings from Nazareth.

After sending in the paper (via email), I sat down with the daunting Program Book. It didn’t take me long to realize that about twenty other presentations will be taking place at the same time as ours. With so much competition, will there be anybody at all in the audience?

I arrive in Chicago fairly late on a Friday evening and my presentation takes place the following morning—the first day of the conference. I just hope there aren’t any glitches, because I’ll be staying at night in Central Chicago, several miles from the Convention Center where the conference takes place. At least mine is not the first paper of the morning, so I can be a little late. Three papers precede mine: 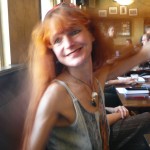 The Respondent (the one who reads all the papers in advance) is Diana Edelman (Univ. of Sheffield). The one “Presiding” is Stephanie Louise Fisher. (You read correctly.) Last I looked she was still a graduate student at the Univ. of Nottingham. I understand that her functions are more those of a timekeeper than anything else. Gee, I hope so, because she sure doesn’t like mythicists, as we see here (scroll down) among other places on the web.