It’s taken me a whole week just to go through the 500-page program book for the annual SBL megaconvention, a task I completed this morning. Whew! My 25-minute talk on Nazareth will be just one of a gazzillion similar presentations taking place Nov. 17-20. The combination SBL-AAR meeting (my first) will happen at the biggest convention center in the world—McCormick Place in Chicago. For four days I’ll be surrounded by thousands of bible scholars, all excitedly communicating the latest cutting edge religious research. 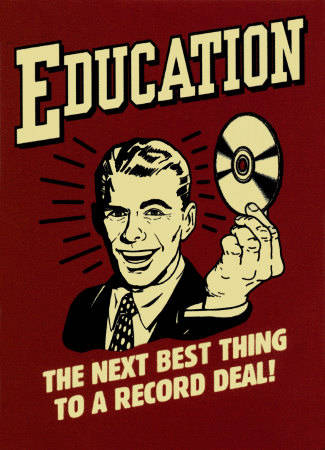 Well, “cutting edge” is in the eye of the beholder. The following is a list of presentations drawn from the program book, all cited verbatim:

AAR:
– Technospirituality and theologies of afterlife
– Online death and death online: the construction of dying and afterlife in World of Warcraft
– How mourning through Facebook has transformed the grieving process
– Vehicles of enlightenment: “Housetrucks” as material spirituality in the 1960s and 1970s
– Top ten weird acts of the Prophets
[The following four lectures are in the “Critical Approaches to Hip-Hop and Religion Group”]
– A grammar of spirit at the crossroads of embodiment: Hip-hop entrainment [sic], interfaith engagement, and political ferment inside the imperial code
– Silence of self and the visionaries’ multiracial and multireligious hip-hop
– “Where my girls at?”: The dematerialization of women’s bodies in holy hip-hop and gospel go-go
– Bigger than religion: hip-hop’s prophetic challenge to American religious and social institutions

Obviously, critical issues presently consume the attention of religious academics to the almost total exclusion of minor questions such as whether Jesus of Nazareth even existed.

Seriously, the convention will offer a chance to meet scholars, including a few luminaries in the field. I will also be able to attend some interesting talks, for not all are as apparently trite as those listed above. On the other hand, I’ll need to keep subliminal anti-Bible (and anti-academic) feelings in check and, as a mythicist, will try to adopt a cordial attitude toward so many whom I feel have thoroughly dropped the ball in Jesus studies… “They’re just doing a job,” I’ll remind myself. “They have families to support.” I’ll also try to avoid negative stereotypes: “They’re misleading students”, “They’re wasting everybody’s time.” I shall surely have occasion to broach the subject of mythicism—say, in one of the myriad hallways at the convention—and can imagine a typical interaction:

Mainstream scholars aren’t quite ready for Jesus mythicism. Admittedly, it doesn’t have the sex appeal of hip-hop, dining to death, and technospirituality. Scholars still consider mythicism a crackpot notion. That makes me want to yell “bias!” Consider: housetrucks as “vehicles of enlightenment” is serious, while the non-existence of Jesus is crackpot? This truly makes me wonder why I’m even going to the SBL convention…