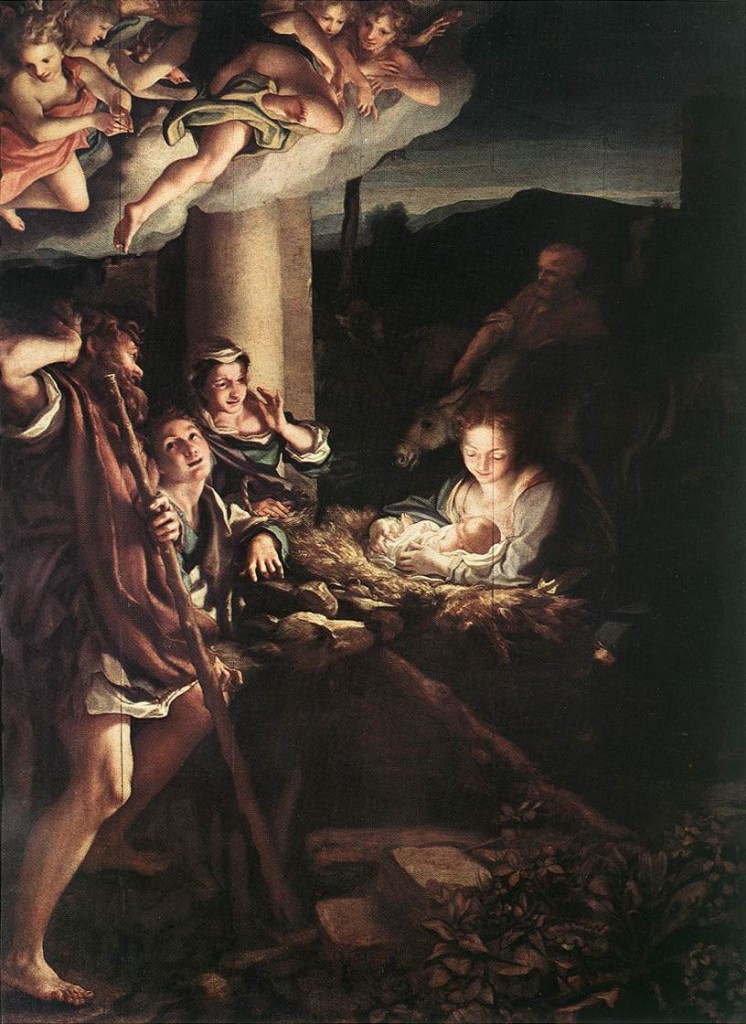 Reflecting upon Jesus’ virgin birth, resurrection, and everything in between, I was now convinced that his various biographies as presented in the gospels are pure fiction. Liberal scholarship has amply confirmed this and shown, for example, that the birth stories in Matthew and Luke are incompatible and preposterous as history. King Herod did not murder the babies of Bethlehem—no Roman writer noted such an atrocious act. No star stood still over the village. No census required people to return to their birthplace—a prescription for social chaos, otherwise unknown, that the practical Romans would never have mandated. In other words, Christianity is founded on an invented story—indeed, upon a “lie.” That is a harsh word, but no other term is appropriate. In addition to the element of invention, a lie implies the intent to deceive. It became apparent to me in the late 1990s that this was precisely the case, for those in the early movement had a motive: to build the Church—that is, to amass enormous power. In addition, they had the means: an exquisitely crafted tool for general recruitment (at first voluntary, but later compulsory) called “Jesus of Nazareth.” After all, who would want to oppose the Son of God able to walk on water and who, at the last judgment, will have the power to consign all who do not believe in Him to eternal damnation? Finally, the movement’s founders had the opportunity. The utter destruction of the first Jewish war afforded a new beginning. It allowed Hellenists to graft their invented divine man (theios aner) onto an authentic (“Natsarene”) prophet who lived sometime earlier. A new biography was written—for gentiles—one which conquered the Roman world.

Thus, the figure “Jesus of Nazareth” was a three stage affair. The first stage was a core made up not of the biography, but of authentic sayings and parables many of which have been preserved in the gospels. These logia gave the new movement depth and weight. The second stage was the invention of Jesus of Nazareth, the Son of God who worked miracles and who came on a unique mission to save us. The third stage was the purview of the Church Fathers living in the second to fifth centuries CE. They were the adopters, implementers, and great propagandists for the new religion. By their time the memory of the original prophet was dim, and they were able to counter those who denied the historicity of Jesus (“docetists”—but actually mythicists) with their proclamation, writings, and eventually even threats.

“Christian” scholars have been able to brush off innumerable anomalies when it comes to their religion, for they know that belief trumps the minutiae of history, logic, and even common sense. But to trump logic is pathological. Hence, belief is the nub of a sickness, one called “Christianity.” That sickness rests on the proclamation (kerygma) that Jesus of Nazareth is the only-begotten Son of God who became man, who died to save us from our sins, and who resurrected from the grave. It is this proclamation which fills the pews every Sunday morning. The feel-good myth that “I am saved” is what a Christian really needs—and what he ultimately cares about.

Unfortunately, the Christian has been led down the primrose path. He has been taught a fabulous nexus of ideas successfully concocted thousands of years ago—that a divine-man was ‘sent’ to earth by god (a preposterous proposition), that he came to save us from our own sins (even more preposterous and no more praiseworthy than letting criminals go free), that he successfully managed all this by dying for us on the cross—a sacrificial lamb, as it were—and that he arose bodily from the grave three days later (perhaps the most preposterous element of all). Yet these things that Jesus ‘did’ are not enough to be saved—we must above all believe that these very propositions are true! In a perfectly circular argument, then, Jesus has saved us if we believe that Jesus has saved us…

Of course, Christianity has an ethical side and a genuine mission to the needy and underprivileged. This comes, I would argue, from the authentic core of the religion found in the logia and parables which the founders were smart enough to co-opt from the original Nazorean (Natsarene) religion. There is thus a built-in dichotomy, and even an opposition, inherent in Christianity. Altruism and serving the underprivileged do not require dogma, doctrine, belief, rites, or cant—they do not require a Church! Ethics does not require religion—though it is found in virtually all religions. Above all, ethical behavior can never be construed as somehow the natural province of Christianity, as even a cursory review of the past brutalities perpetrated by Christendom shows. Rather, ethical behavior resides in the free will of every individual—Christian, pagan, religious, and irreligious. The choice to do good belongs to all humanity.

Ethics and Christianity are often conflated, as in the statement: “Be a good Christian—do the right thing.” But being a good Christian is believing in Jesus of Nazareth, while doing the right thing is freely available to all. In other words, Christianity has confounded what is good with its invented savior. It has replaced ethics with proclamation. In sum, ethical behavior has nothing at all to do with “belief in Jesus.”

Through my research it became increasingly clear to me that, over a period of many generations, Christian doctrine was slowly honed in order to take advantage of the natural gullibility of the masses. Perhaps there was a prophet (certainly not “Jesus of Nazareth”!) who lived in Palestine about two thousand years ago. Perhaps that prophet taught the value, and even the need, for ethical behavior and spiritual wisdom (gnosis). If this was the case, as I was becoming increasingly persuaded, then that prophet’s teachings were hijacked by a gradual formation of the Pauline kerygma—by the doctrine of belief in Jesus Christ. The ascendancy of doctrine over ethics and gnosis was the work of cunning minds less interested in morality and spiritual fulfillment than in amassing power by building a Church of believers. That, in sum, is the growth of the Christian religion.

Science shows that virgin births and resurrections from the dead do not happen in nature. Christians respond: that’s exactly the point—these were miracles which demonstrate the hand of almighty god in history. Here we have two elements, “almighty god” and “history.” “Jesus of Nazareth,” it should be noted, represents a unique fusion of these elements. Christianity depends as much upon the historical element as upon the transcendent element, for Christian faith is nothing if divinity did not manifest through Jesus in history. As a result, if it is possible to disprove the historical element in “Jesus of Nazareth”—and to do so convincingly—then the Jesus of faith must implode.

For several years I studied the gospels and interacted online with scholars interested in Christian origins, searching for an historical “Achilles’ heel,” as my colleague Frank Zindler later termed it. Finally, a remote possibility appeared, something at first so improbable that I gave it little thought. In one or another online discussion list a professor noted (with contempt) that, long ago, a certain scholar had doubted the existence of the town of Nazareth in the time of Jesus. The professor gave that scholar’s name: T. K. Cheyne.

On my next trip to the library I looked up the reference. Cheyne’s was a massive four volume work called the Encyclopedia Biblica, dating to 1899. In the article “Nazareth,” Cheyne expressed the following novel opinion: “It is very doubtful whether the beautiful mountain village of Nazareth was really the dwelling-place of Jesus.” He went on to give several reasons which seemed quite cogent to me: Nazareth was not mentioned in ancient records before the third century CE; its name was originally not that of a town at all; and Bethlehem, not Nazareth, was the ancestral village of Jesus. I was still skeptical but realized that if Cheyne could be proven correct, here was the smoking gun which would show that “Jesus of Nazareth” was an invention.

Thus began a decade of research into the archaeology of Nazareth. An article by Zindler (“Where Jesus Never Walked,” American Atheist, Winter 1996-97) confirmed that doubts regarding the existence of Nazareth in the time of Jesus had never been refuted. It was as if this significant issue were somehow beneath the dignity of academics, for my subsequent interactions with scholars online and via email were met by either contempt or silence—never refutation. The mantra was: “Everybody knows Nazareth existed!” It was clear to me, however, that nobody knew anything at all—and didn’t want to know. Like a megabank whose failure threatens the entire financial system, for Christianity the issue of Nazareth was too big to fail. After all, if the town of Nazareth didn’t exist when he was alive, then Jesus of Nazareth was clearly an invention. Here, finally, was the issue I’d been looking for, the Achilles’ heel which could challenge the core historicity of Jesus.

The Myth of Nazareth

In the 1990s I left my work at the hospital and became a self-employed piano teacher. Late in the decade my father passed away and bequeathed his three children a modest inheritance. I stopped teaching piano and used that money to dedicate myself entirely to research into the (for me) totally new field of Palestinian archaeology. The learning curve was steep and included education on oil lamps and pottery, on techniques of excavation and tombs, on ancient Jewish purity customs and the demographics of Galilee in Roman times. I traveled up and down the West Coast collecting obscure archaeological reports in many languages, and sent away to Europe and Israel for more. As the reports came in I studied each carefully, tabulating the evidence in columns according to date. After doing this for several years it became evident to me that Cheyne’s intuitions had been absolutely correct: no evidence at all from Nazareth could be dated with certainty before 100 CE—that is, several generations after the death of Jesus. “Jesus of Nazareth” was obviously a fiction. Not only that: now I could prove it.

Still, I was laboring in total obscurity with absolutely no readership nor reputation in the field. The public—not to mention my family, neighbors, and friends—would have thought the former mental health worker had himself gone off his rocker should I start proclaiming that “Jesus didn’t exist.” I had to proceed cautiously and to build my case step by step.

It cost little to start a simple website and to self-publish my results in chapters as they were written. This alerted anybody interested in my work. Shortly after the first chapter of the book appeared I received an email from Zindler. “The rest is history,” as they say. Frank immediately grasped the significance of my work and offered both to edit and publish the book when complete. The six chapters were written over the course of the next several years. With valuable help from his wife, Ann, Frank spared no labor—adding, for example, a 16-page Index, photos, and his priceless opinion on matters great and small.

The result was The Myth of Nazareth: The Invented Town of Jesus (American Atheist Press, March 2008). The book contains 386 pages, seven appendices, and over eight hundred footnotes. It is a searing indictment of “biblical archaeology” and shows that for generations Christians have been covering up the real evidence at Nazareth in order to make it appear that the town already existed during the time of Jesus. The Myth of Nazareth brutally exposes a long history of sloppy fieldwork, false conclusions, and fabricated evidence.