Note: For much more extensive information on the Caesarea Inscription, see my 2015 book NazarethGate,
Chapter 12, “The Forgery of the ‘Caresarea Inscription.’” (pp. 314-76).
Select bibliography is at the end of this series of posts.

Synopsis of this series:
(1) The so-called “Caesarea Inscription” is three stone fragments that do not match in orthography or line-spacing. They patently come from three different hands and from three different incriptions, at least one of which was forged.
(2) The discoverer of the Caesarea Inscription, in 1962, was Dr. Jerry Vardaman, the notorious forger of microletter infamy who was arrested at least twice in the Levant in relation to archaeological digs.
(3) In fact, Vardaman was arrested on the very day and immediately after his “discovery” of the critcal Nazareth fragment of the Caesarea Inscription, by Israeli authorities on August 14, 1962. He was not permitted thereafter to participate further in the Caesarea excavation. (See Part 8 of this series, and my book NazarethGate, Chapter 12.)
(4) The specific circumstances of the discovery of the Nazareth fragment of the Caesarea Inscription are highly suspect. It appears, quite simply, that Vardaman himself planted the fragment in a wheelbarrow and then directed one of his workers to look through the debris “again.” Thus the Nazareth fragment was discovered. 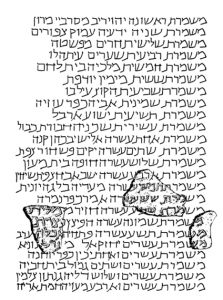 The Caesarea inscription as reconstructed by Avi-Yonah.
Fragment “A” is on the left.

I will soon be uploading to this website/blog an article on the Caesarea inscription which was published in the 2010 Cahier of the Cercle Ernest Renan, a forward-looking association which has, through the years, promoted cutting edge research into Christian origins, including original work by Ory, Couchoud, Loisy, and Guignebert. Enrico Tuccinardi, the article’s author, and myself have been in communication for the last several weeks. With his permission I have translated his article from French into English and in a few days will begin publishing it on this blog in a series of posts. After uploading the final segment, I will also make the English version available in a single PDF.

You may be aware that the Caesarea inscription has recently received some discussion in mythicist circles. The issue was raised by Richard Carrier in his wrong-footed and very cutting review (part 2 of 3) of the recent mythicist book, Bart Ehrman and the Quest of the Historical Jesus of Nazareth (2013). There, Carrier maintained that the Caesarea inscription is “the best evidence” we have for the early existence of Nazareth. In this he is quite mistaken, as I point out in my reply on this website.

Even if the reconstructed Cesarea inscription is an authentic artefact (see below), it is simply too late to influence the question of an Early Roman Nazareth. The marble plaque itself may have been chiseled as late as ca. 700 CE. Majority opinion now holds that the northward movement of priests (from Judea to Galilee) to which the inscription purportedly witnesses occurred after the Bar Kochba revolt (132-35 CE), not after the first revolt as some conservative scholars (but apparently Carrier too) argue. Even if the minority opinion were honored, however, the Caesarea inscription certainly does not affect the existence of Nazareth at the turn of the era. It is too late in every sense. A movement of the priestly family of Hapises (Hapizzez) after 70 CE would simply show that priests were among the first settlers of the new town. We have, after all, a modest amount of material from Nazareth that could date to late I CE. (The vast majority of evidence is later.) However, we have no evidence at all which necessarily dates before 100 CE (The Myth of Nazareth, p. 205). Of the hundreds of recovered objects from the Nazareth basin, only two stone vessels could date to the first century BC. It is quite possible, however, that these “earliest” artefacts date as late as II CE. Thus, as I wrote elsewhere:

My argument does not depend on *any interpretation* of the Caesarea inscription… [W]hen it comes to the existence of Nazareth at the turn of the era, it’s the oil lamp, the tomb, and the pottery datings which ARE critical. If you, or Carrier, or anybody else were to provide earlier datings for those artefacts, that would indeed affect my thesis…

Even though the Caesarea inscription is non-diagnostic as regards the existence of Nazareth at the turn of the era, the fact that it has long been perceived as important in this regard (especially in conservative Christian circles) has given it considerably more attention than it probably deserves. That attention, however, may itself have caused some of the problems which attend this inscription, particularly the provenance of the critical fragment A, that fragment which bears the word “Nazareth” (natsrath). 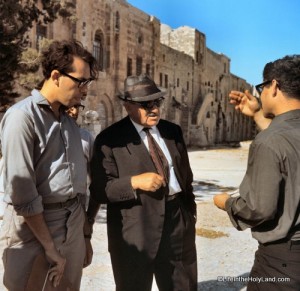 A plethora of problems

Everything about the Caesarea inscription appears to quickly lead into unexpected complexities. Even the simplest statements must be made with caution… For example, it is always stated that three fragments have been recovered. Actually, however, the largest fragment (“C”) was “lost” already in the 1960s. There are compatibility problems of color and possibly of orthography between the two remaining fragments, and they were found at some distance from one another (“70 meters apart” is noted in the literature). Therefore, we have every reason to be cautious in summarily concluding that these “three” fragments actually belong to a single plaque. Furthermore, the area in which the fragments were found was never a synagogue at all (see next paragraph). Therefore, the assumption that they ever had anything at all to do with priestly courses is immediately suspect—for that conclusion depends on an extensive reconstruction made by the excavation director in the 1960s, Michael Avi-Yonah.

Furthermore, there are astonishing lacunae in the publication reports relative to these fragments, as well as evidence of considerable sloppiness and confusion attending every stage of their modern history. One scholar has attempted to put order into the data. Marylinda Govaars is the foremost expert on the Caesarea excavations. Besides writing her master’s thesis on the area (“field O”) from which the inscription fragments allegedly derive, she has authored an extensive book on the site, one which exhaustively reviews all the reports: The Joint Expedition to Caesarea Maritima Excavation Reports. Govaars reveals the “confusing, often contradictory published preliminary reports,” gross omissions of critical documentation (no plans or drawings of proposed structures, not even photographs of the remains, no final report by Avi-Yonah on his work), and her discovery of conflicting unknown records. She concludes by withholding identification of the site excavated by Avi-Yonah, and from which the inscription fragments derive, as every having been a synagogue…

Evidently, the thrust of Govaars’ research did not meet with official approval from the IAA (Israel Antiquities Authority). She requested official permission “to excavate or insert small test probes” at the site. This was denied. In 1984 she again requested permission “to excavate within the site to clarify stratigraphy and sort out the discrepancies in the reports of Avi-Yonah” (p. 2). Again she was turned down. Nevertheless she mapped, surveyed, photographed, and drew what was exposed, eventually producing a comprehensive 286-page book. 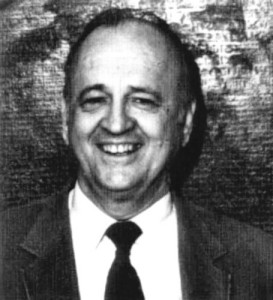 The aspect of the Caesarea inscription which raises the most suspicion, however, must be deemed an astonishing complex of circumstances involving the critical fragment A, the one with the word “Nazareth.” Though he has received the credit as excavation director, Avi-Yonah did not discover that particular fragment at all. The honor belongs to his notorious co-worker E. Jerry Vardaman, an American archaeologist known today mostly as the pseudo-forger of micro-letters on Roman coins. He claimed to have found some Roman coins bearing extremely small and ancient lettering which had previously escaped notice. Vardaman never presented the world any actual coins, however, and so he cannot technically be called a “forger.” Nevertheless, he did present detailed drawings of such coins with microlettering, which is why I call him a “pseudo-forger.” Regarding those coins, Carrier has addressed Vardaman’s absurd claims, concluding that they are “nonsense on stilts.”

Jerry Vardaman (1927-2000) was professor of New Testament archaeology at the Southern Baptist Theological Seminary (Louisville, KY), founder and director of the ultra-conservative Cobb Institute of Archaeology at Mississippi State University, as well as an occasional excavator in Israel. On the basis of his new (but unverifiable) coin “evidence,” Vardaman argued that Jesus Christ was born in 12 BCE at an “earlier” alleged census by the Syrian governor Quirinus. In this way, Vardaman claimed to have solved the well-known problem which has bedeviled scholars regarding Luke’s statement (2:1) that “all the world” was enrolled in a census under Caesar Augustus at the time of Jesus’ birth. Vardaman pointed to the microletters as proof of his thesis…

A series of upcoming posts

Given the intersection of the many problems mentioned above—and spurred by Carrier’s emphasis on the Caesarea inscription—last month I decided to investigate the issue more deeply. I re-read Enrico’s article and contacted him. We decided that the time was right to make his article available to the English speaking public, and to alert readers of the many problems which attend the Caesarea inscription.

As of this writing (June 10, 2013), neither Enrico nor I have been able to prove that the Caesarea inscription (fragment A) is a forgery. Nor, however, have we been able to prove that it is authentic. Certainly, there are grounds for considerable suspicion. As regards forgery, Vardaman had both motive and opportunity. For two months in 1962 he oversaw the section D in which the fragment A was surprisingly “found” in the debris of a worker’s wheelbarrow—debris which Vardaman himself asked the worker to sift through.

The following year, after the significance of the Caesarea inscription became public, Avi-Yonah received an honor at the King David Hotel in Jerusalem for having made an “outstanding discovery” in archaeology. Vardaman was sitting next to him during the ceremony, and Avi-Yonah confided to him (in Vardaman’s words) “that our joint discovery of this inscription resulted in his recent promotion from associate professor to full professor at the Hebrew University.”