The conclusion of excerpts from Wells’ book, Crux Ansata: 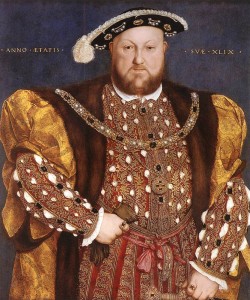 Henry VIII separated the Church of England from papal authority in 1534. He disbanded monasteries, priories, convents and friaries throughout his realm.

(P. 109) The history of England since the Reformation could be written as a recurrent and generally combined attack of the Roman Catholic Church and the totalitarian state… upon the common-sense agnosticism and individualism of the English people. Always it is the same story of a renewed assault, apparent success and then explosion.

(130) The teaching of the Roman Catholic Church puts the Faith before any other social or political consideration, and the Roman Catholics in any country and under any form of government constitute an essentially alien body… Steadily, persistently, the Catholic Church has worked for the destruction of that very liberalism which restored it to political influence. Persecuting relentlessly where it was in the ascendant, and canting about individual liberty of conscience wherever it was faced by a modern organisation of society, this mental cancer has spread itself back to destroy the health and hope of our modern world.

(131-32) As this present world war goes on, and even if there is some sort of temporary half peace before it degenerates into a tangle of minor wars, it will become plainer and plainer that it is no longer a geographically determined warfare of governments, nations and peoples, but the world-wide struggle of our species for release itself from the strangling octopus of Catholic Christianity. Everywhere the Church extends its tentacles and fights to prolong the Martyrdom of Man. Through St. Cyr and de Gaullism it assails the fine liberal tradition of France; it dominates the policy of the British War Office and Foreign Office, and through these the B.B.C. and the press; by a disciplined Catholic vote, a casting vote in endless elections and a sustained organisation of menace and boycott, it silences the frank discussion of its influence in America. It works counter both to the old nationalisms that broke away from it at the Reformation and to the emergence of a scientifically guided world commonweal from the initial experiment of Russian communism. Like an octopus it has no creative impulse but only an instinct to survive. In Ireland, Spain, Italy, reactionary France, North and South America, Japan, and wherever it can stretch a tentacle, it seeks allies in every element that is socially base that will help it to continue its struggle against the awakening liberalism of the “United Democracies”, as it is our hopeful custom to call them.

(135) To propitiate the Roman Catholic organisation with political office or power is like establishing friendly relations with an area sneak by handing him the family silver. 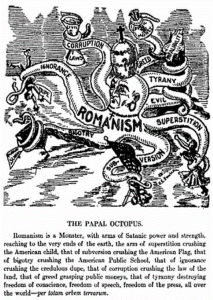 (142) Lord Acton is writing to the Catholic historian Lady Blennerhasset: “[T]he Papacy contrived murder and massacre on the largest and also on the most cruel and inhuman scale. They were not only wholesale assassins, but they also made the principle of assassination a law of the Christian Church and a condition of salvation” (Selections from the Correspondence of the First Lord Acton, 1917, Vol. i, p. 55).
From 1820 to 1860 at least 300,000 unarmed men, women and even children died in massacres, on the scaffold, or in pestilential jails for claiming what we now consider human rights. “The more Catholic the country, indeed, the more savage were the torture and bloodshed. The Kingdom of the Sicilies (Italy and Sicily) witnessed the longest and vilest reaction. General Coletta claims that there were 200,000 victims from 1790 to 1830 and his Neapolitan successor claims 250,000 in the next thirty years; and as late as 1860 the brutality of the oppression shocked all Europe… In the Pope’s own kingdom, with a population of about 3,000,000, many thousands died by execution, in massacres, or in jails of an incredibly cruel character…
“One other point must be made. The social order which was protected by this brutality was as inefficient as it was unjust, and it was at its worst in the Pope’s own States. On this all authorities are agreed.” (A History of the Popes, by Joseph McCabe. Watts, London, 1939.)

(148) I am deriding the organised High Church and Catholic Christianity, and I would like to make it plain that in doing so I am not disregarding what I might call the necessity of many minds, perhaps most young minds, to feel something one can express by such phrases as “the fatherhood of God” and “the kingdom of heaven within us”. That is the need the Roman Catholic Church trades upon and betrays.

(150) [A] Catholic priest is not free to read what he likes. His reading and thinking are elaborately controlled and rationed. The Church is so essentially out of harmony with reality and the truth of things, and is so aware of it, that it has had to train its priests from the outset to shut their eyes, to close their ears.

(157) Trying to conduct a square discussion with a Roman Catholic is like trying to use a live eel as a walking stick.

(159) The Roman Catholic Church is a dying, corrupting octopus. It has fought, and will continue to fight, the emancipation of mankind with its last gasp. In Southern Ireland, throughout Central Europe, in Italy, in murdered Spain, in dictator-ridden Portugal, and wherever it can wriggle its tentacles, it fights against all that we are fighting for. The nearer it draws to death, the graver is the problem in human sanitation we shall one day have to face. 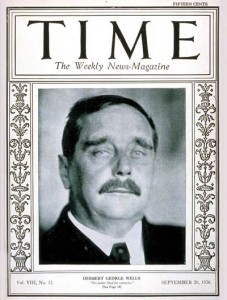