“How to Become a Saint”

by
Baron Avro Manhattan
Author of

I have decided to become a saint!
In the past, when I was very naive, I thought it a most difficult job. Indeed, I was persuaded it was an impossibility—during my lifetime, at any rate. Now, however, I know better. My chances of becoming a saint are very high. So are yours, for that matter.
Before I disclose ways and means of reaching sainthood, let us first be clear on one thing. What is a saint?
It is a difficult question. There is no neat answer. It would be easier to define a politician. Supposing you were to ask me, for instance, “What is a politician?” My answer would be the following:

Now, any politician will admit this to be a fair assessment of his profession. He will disagree only about one thing: the definition fits his opponent like a glove. But, since our politician is the opponent of his opponent, it follows that—seen from his opponent’s viewpoint—the definition fits him like a glove as well. Result? All politicians, left, right and center, are crooks.
But, coming back to sainthood.
To become a saint, first you must be canonized. What is canonization? I asked that question of a pretty, sweet Protestant girl once. “Canonization,” she replied, “is to be shot into heaven by a canon.” Right. 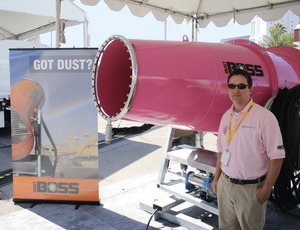 “Canonization,” she replied, “is to be shot into heaven by a canon”…

The first qualification, brother, is patience, a virtue greatly minimized in this age of speed. However, since we live in a blessed age of religious permissiveness, we will probably throw that overboard with anything that savors of self-discipline, self-control, self-restraint, sacrifice, temperance, chastity, abstemiousness, and belief.
Now, when Protestants believe that Roman Catholics are as good as themselves—while the latter have become as Protestant as the former, eat meat on Fridays and are persuaded that anyone can go to heaven by sitting in a comfortable armchair—I can disclose that anyone can also go there via an even easier, quicker and surer route.
This can be done by insuring a permanent heavenly abode, lasting not a few hundred or even a few thousand years, but hundreds of thousands of years.
The disclosure might have made you slightly restive. Do not fear. You still have a chance to become a saint, provided you do the following:

1. Provide yourself with money (preferably cash)
2. Prepare to spend it (without regret)
3. Make ready to travel (mostly to Rome)
4. Take full advantage of the treasure of merit (the spiritual monoply of the Roman Catholic Church)

Having carefully followed these basic instructions, you can become a recipient of an indulgence. [An indulgence is remission of punishment which would be due to sin.—M.O’Hair.]
You will get one, or a hundred, or a thousand, by kneeling in the right pew, before the right altar, in the right church, built in the right location. Also, by saying the right prayers on the right day of the right week of the right month. In short, at the right time. Always provided, of course, you give the right amount of offerings in pennies, cents, or dollars.
By doing these things rightly, you can acquire indulgences by the ton—or, to be more accurate, by the century.
So take a trip to Rome. Your first target? St. Peter’s Basilica! The reasons? More than eight hundred plenary indulgences are attached to it. By kneeling at the appropriate altar and saying the appropriate Hail Mary (or Peter), you can acquire all eight hundred indulgences. Think of it!
Next, see the small town of Assisi, enter the smallish Church of the Portiuncula, where St. Francis once had a vision, and you get an even better kind of indulgence, called toties quoties. Do that in August, however, and you will get an outlandish indulgence each time you enter the little church. To make things easier, the Roman Catholic Church has decreed that toties quoties can be acquired also in any Franciscan monastery which has a replica of the Portiuncula chapel. And, since there are Franciscan monasteries practically in every country, the indulgence is there for the taking.
The Dominicans. the Carmelites, and sundry other religious orders not to be left behind (and to fill their offertory boxes as well as those of the Franciscans) have built their equivalents of Portiunculas.
For the gluttons of indulgences, furthermore, there are the privileged altars. These can be found in most churches. If you pay for a mass to be said at any such altar, a soul is released instantly from Purgatory (except that of your mother-in-law).
If you wish to do your mother-in-law a good turn, then you had better climb the Scala Santa, also in Rome. The Scala Santa is absurdly supposed to be the stairway to Pilate’s house, which Christ ascended at his trial. By the authority of Pope Pius VII and Pope Pius IX, every step of the Scala Santa has an indulgence of 9,000 years and 9,000 quarantines (that is, forty days).
Since you are so near it, you can then enter St. Peter’s from Holy Thurday to Lammas (August 1), and you will acquire an indulgence of 14,000 years each day you go in. THen, whenever the vernicle (sacro volto) is exhibited, there is an indulgence to be acquired of 3,000 years for Romans, 9,000 years for other Italians, and 12,000 years if you are an Ulsterman or even an Englishman.
At the Church of San Anastasio, there is an indulgence of 7,000 years every day, whereas in that of St. Thomas there is another one of 14,000 years, with one-third remission of sins for all comers.
Pope Leo X granted to the Servite Chapel of St. Anunciata at Florence that anybody visiting it on Saturdays can obtain 1,000 years indulgence, and double that on the feast of the Virgin, Christmas, and Friday and Saturday of Holy Week.
Pope Pius IV was a very generous Pope. He granted the following indulgences to anyone who would visit the Holy Land, Rome, or other holy places, or would do some especially good work (e.g., I for writing this article, you for reading it). By virtue of the Papal authority exercised by the Popes on the gates of Purgatory and Heaven, you and I can receive the following indulgences any time we like:

Once you have collected all such indulgences, you can count yourself on the list of the Saints. You have the word of your heavenly stockbroker, the Catholic Church.
After all, two hundred thousand years of heaven thus insured and assured is a genuine certificate of sainthood—since no one would be permitted to reside in paradise all that time unless, of course, he had a genuine Roman Catholic degree of Sainthood.
Personally, however, I am very ambitious. This morning I have decided to become a “super saint.” That requires an assurance of a guaranteed residence in heaven of at least four or five time that needed by a mere saint. The minimum residence for a “super saint” is one million years.
To fulfill my ambitions, here is what I have to do. I have to go back to Rome and do the Stations of the Via Crucis, twelve or fourteen of them. These Via Crucis Stations are so rich in indulgences that a Christian like me or you can gain, within one single year, forty-nine plenaries (a remission of the entire earthly punishment due to sin) and more than one-and-a-half million years of partials (a partial remission).
Now, I have a confession. I have already done the Stations in the Via Curcis in Rome twice. Once when my writings were put on the Index of Forbidden Books by the Vatican, and the second time when the Rev. Ian Paisley and his friends went to Rome in the same plane as the Archbishop of Canterbury, to carry a banner on which was written the word “Traitor.” [Rev. Ian Paisley was the rabidly anti-Catholic leader of Northern Ireland, and a good friend of Avro Manhattan.]
As a result of my double visits to the Stations, now I have insured myself at least 4,444,444 years of happy residence in heaven. At least, that is what the Roman Catholic Church tells me. Regrettably for others, only “super saints” like myself are permitted to stay in heaven that long.
So there you are. Instant sainthood has come to stay.
But should you be so lazy as to remain a mere Blessed, or a mere Venerable, or just a mere miserable Mr. or Mrs., for goodness sake don’t blame the poor Pope—or, even less, me. After all, you now know how to become a saint with hardly any effort at all!

[The above is excerpted with permission from the book, Atheist Heroes and Heroines by Madalyn Murray O’Hair.] 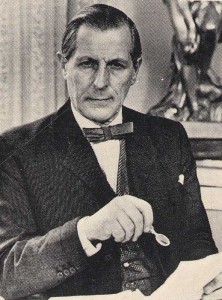