[The following radio talk is excerpted with permission from the book, Atheist Heroes and Heroines by Madalyn Murray O’Hair.] 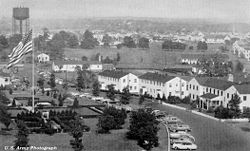 What do you suppose land is worth in New Jersey these days? Camp Kilmer had 2.87 acres and 2 buildings which had been acquired for $76,555. The government devalued this to $29,300 and then sold it to the Christian School Association of North Central New Jersey, at an 80% discount. That is, for the sum total of $586.
Aha! I see more Texas here. It appears that the Jesuit Fathers of Houston, Inc., knew that there were buildings at Ellington Air Force Base and that three of those buildings would be just dan-dan-dandy for the use of the good fathers. They cost the taxpayers $17,600. HEW disvalued them to $2,250, and then sold them at t 95% discount. That’s right–$112.50 for $17,600 worth of buildings. But then the good Jesuit fathers were so busy lending money to a kingpin in the Texas world of finance that they could not afford to buy these buildings if they had not had this discount. 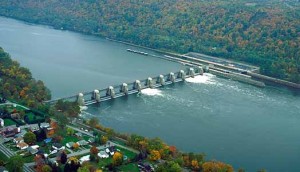 I don’t understand some of these, really. What about the Ohio River Lock and Dam number 35 up there in Kentucky? I suppose that it is the land adjacent to it, overlooking the stored water, because this involves 12.73 acres. It is probably a very beautiful site for a college. Ah! I see that is just what will be its use. There are 12.73 acres of land and 13 buildings which the Villa Madonna Roman Catholic College acquired. The cost of that to the citizen taxpayer was $157,569. It was valued at $22,000. It probably cost more than that to just put a sewage system in there. Even so, the discount was 100% again; and again the land and buildings went for nothing to the Roman Catholic Church.
That church picked up 21.87 acres of Fort Missoula, Montana, also. Originally, the land coast $7,545 and had to be evaluated at $21,870. The church this time got only a 70% discount, which means that it had to pay $6,561 for the land. 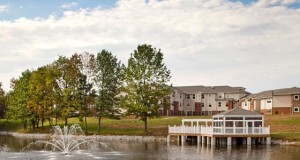 Let me see who got the largess in the last three years since I last reported to you on this. The Roman Catholic Church got in there eighteen times for land and buildings. That’s about how it has always gone. The very noted champions of separation of state and church, the Seventh-day Adventists, got in there five times. That church always ranks second in getting this free or almost free land. They are right in there and alert at all times. The Lutherans were able to get in three times. The Church of Christ was two times in for the grab. All the others were able to score just once and these were the Disciples of Christ, the Baptists, the Methodists, the Nazarenes, the Episcopalians, and the Jews.
It isn’t how often you come; it is what choice bits you can grab. The government had 671.45 acres of land with 115 buildings on it these last several years. If the government did not want that land further, in relief of the taxpayer it should have opened up bidding on it for public sale in order to recoup some of the money invested in it. That is inherently part of what is called the “free-enterprise system.”
The government pretends to abhor the idea of socialism or communism and shrinks at the idea of Marxism, which states, “From each according to his ability and to each according to his need.” Yet this is a clear-cut practice of socialism or communism when the government arbitrarily takes from each taxpayer according to that taxpayer’s ability and gives to an institution such as the church according to what the church says is its need. Any church which has a half-billion bucks in spare funds to use to play the stock markets does not need the handout of over a half-million dollars’ worth of land. That church could afford to purchase the land. Instead of listening to stories of poverty, the government needs to make the church accountable to the public. The church should be required to report all income from whatsoever source, and account for every penny of it before it receives even one cent from taxpayers’ funds… 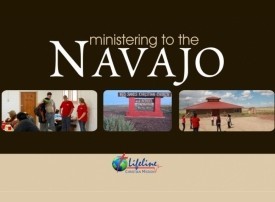 Special consideration has to be given to where the land is located too. Various churches are more powerful in various states. It is significant that the Roman Catholic Church can command a claim for land in New Orleans; the Mormons can demand and get land in Utah; the Baptists can get land in Alabama; and the Lutherans in Minnesota. Each one has strength in one place or another.
I can’t see in this world any reason to take anything our of Mesa Verde National Park in Colorado. Yet two buildings worth $7,415 were taken from that park and given to the Navaho Gospel Crusade for $14.65. From those buildings the Navajo Indians, with their beautiful concept of a deistic god, will be nagged to become Christian.
Ten buildings belonging to the VA Hospital in Albuquerque were sold at a knock-down price of $50 each for each $10,000 that the government had invested in them. Three went to the Seventh-day Adventists, two to the Roman Catholics, and five to the Church of the Nazarene. 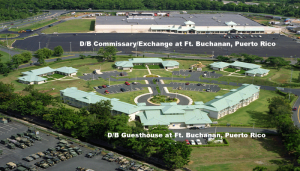 Puerto Rico is a free commonwealth associated with the United States. By a congressional resolution of July 3, 1952, this status was given to the island by the United States. On July 23, 1967, in a referendum, the Puerto Rican people strongly favored continuation of the commonwealth status. None of this stops the Health, Education and Welfare Department from disposing of building on that island. Fort Buchanan is there. Four buildings worth $30,700 needed to be sold. Two went to the Colegio San Miguel of the Roman Catholic Church at $115 for the two. One other went to the Academia Discipalos de Cristo, which is the Disciples of Christ, for $75.
Perhaps we will get to the point that there will not be any more excess land at all, and then the government might stop giving it away.
I have the acts of Congress here which brought about the sale of these lands and for years before this of other land to other churches. You can bet anything you want to bet and be certain of a win that just the moment I have some funds, I am going to challenge this giveaway.
Instead of investing our income in stocks and bonds or in compiling the power of money we are going to continue to invest in a couple of principles before the continuing violation of them brings more of the nation to ruin. We Atheists have to live in the United States–it’s our homeland–and I hate to see it all being given to the church.