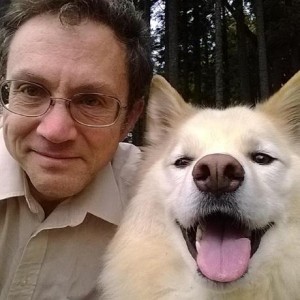 I recently finished an excellent book by Tom Dykstra, a virtually unknown American writer whose work deserves a careful read by those interested in Christian origins. The title, Mark, Canonizer of Paul: A New Look at Intertextuality in Mark’s Gospel (OCABS PRESS, 2012) won’t raise many eyebrows. After all, no one questions that the Gospel of Mark postdates Paul. And most would also agree that Markan theology and Pauline theology are in virtual lock-step: salvation comes through belief that we have been saved by the atoning death of Jesus on the cross. That is the so-called Pauline kerygma. Stated baldly, salvation comes through belief (in salvation). Christianity has managed to flourish for two thousand years based on this circular proposition. And thus, faith trumps reason and logic as Christians are content to follow the Golden Rule: “Please park your brains at the church door!”

But I already digress. What I find remarkable about Dykstra’s book is not that Mark ‘canonizes’ Paul, but how Mark did it. You see, Dykstra argues that Mark patterned his central character—Jesus of Capernaum—on Paul! Now, I’ve not come across that thesis before. But I do find it intriguing.

Dykstra offers well-reasoned and detailed arguments as to why Jesus visits Gentile terrain (as did Paul), sits with foreigners (ditto), rejects Jewish legalism (ditto), has so much trouble with Peter (you guessed it) and, above all, why Jesus sacrificed his life on the cross (I’m working on that)—which event Paul taught was the key to salvation through belief.

First, a little about Dykstra. He is an “Independent Researcher” who lives in Bellevue, Washington. Some of you may be familiar with his blog. The “About” page tells us that he “got a Bachelors degree in Russian language and history; a Master of Divinity from a Russian Orthodox Seminary, focusing on church history; and a Ph.D. in medieval Russian history.” He has taught undergraduate and graduate courses in Russian history, and published a book based on his dissertation (concerning Russian monks in the 16th century). Tom’s goal is to write “historical fiction,” by which he has in mind novels “meticulously researched and historically accurate,” such as Oliver Wiswell by Kenneth Roberts, a book that greatly influenced him. Tom believes that historical fiction brings the past alive in a way ‘straight’ history cannot, if only because we lack many facts and because history is a one-sided account generally written by the winners. So, he finds truth in the loser’s side of the story and appreciates “the flaws of the heroes and the goodness of the villains.” 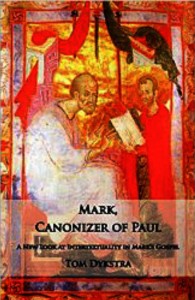 The book is from a small publisher, OCABS Press. OCABS stands for the Orthodox Center for the Advancement of Biblical Studies (Worcester, MA). Its modest website offers links to an annual Journal (since 2008), and to an annual symposium which in 2015 (Phoenix, AZ) included a presentation by Dykstra provocatively entitled “Did Israel Exist? Similarities between Historical Israel and Historical Jesus Studies.” OCABS even has a radio with pre-recorded lectures. The press’s current (June 2015) list of publications numbers 17 books. Most are commentaries on books of the Bible (Old as well as New Testaments) by Rev. Paul Tarazi, a scholar new to me. Two of the books, however, are by Dykstra: the above-mentioned dissertation book, and Mark, Canonizer of Paul. Inclusion of the latter betrays the bold editorial viewpoint underlying this small press, confirmed by a prominent link to a webpage featuring three provocative books by another scholar unknown to me, Bartosz Adamczewski (Warsaw)—with the acerbic words: “looks on the relationships between biblical writings and historical facts.” These books are very expensive, but I hope to read at least one and better appreciate the distance between the biblical writings and “historical facts.”

All in all, then, OCABS is a welcome and surprising discovery, one which combines Eastern Orthodox perspectives with unabashedly forward-looking research.

Dykstra’s book has 281 pages, including an Introduction, fourteen chapters (divided into four Parts), and a Conclusion. A 35-page bibliography has “especially recommended” books marked with an asterisk, and it reveals that Dykstra is conversant with traditional and recent trends in the field, from Wrede and Volkmar to Price, Macdonald, Brodie, Avalos, Helms, etc. Unfortunately, the book lacks an index, but that diminishes only marginally from the work’s ultimate value.

We will now look at the book’s contents. Essentially, what follows are my scribbled notes and underlinings expanded with comments. 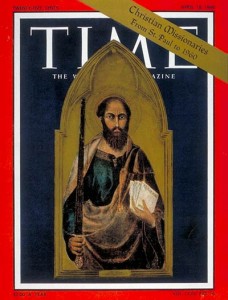 Introduction:
Dykstra begins (p. 13): “One of the most striking features of the second gospel is that it promises to present a ‘gospel’ that consists of what Jesus taught, but it never delivers on the promise” (p. 13). This is somewhat overstated—there are some teachings of Jesus in GMk (especially the parables in chapter 4). But not many. My comment: Belief in Jesus is itself the ‘gospel’ (“good news”) of GMk. Such belief is, of course, also the heart of the Pauline kerygma. This intersection of kerygma and gospel shows that GMk at its core is thoroughly Pauline.
The remainder of the Introduction is generally well-argued and shows that, indeed, GMk has little interest in the teaching of Jesus—only in belief in Jesus. Thus, the pointing finger has replaced the moon. We see from this that GMk belongs already to a late stage of the tradition (though it’s correctly considered the earliest canonical gospel). IMO, the earlier historical stage emphasized the teaching of Jesus. Thus, we have two broad stages: (1) Jesus as the mouthpiece of gnosis (the teaching saves—cf. the Gospel of Thomas); and (2) Jesus as the Son of God (the God-man saves—cf. the Gospel of Mark).
Dykstra concludes (p. 19): “For Mark, what is uniquely significant about Jesus is not his teaching but his passion, crucifixion, and resurrection.” This, of course, is totally Pauline.

Chp. 1: Mark’s Sources and Purpose
Dykstra cites W. Telford: “Mark’s gospel is an allegorical presentation of Pauline teaching” (The Theology of the Gospel of Mark, 1999:169). IMO, GMk is a combination of (mostly false) literal events involving Jesus, and (mostly true) allegorical symbolism involving the saving spirit of Gnosis (which can resurrect, heal, love one’s enemies, and mingle with outcasts). I do not mean to imply that GMk is a gnostic work. It is, in fact, rabidly anti-gnostic (as is the Pauline kerygma). For the Gnostic, gnosis saves. For Paul and the Synoptics (and subsequently normative Christianity) faith saves. Gnosis and faith have always been in opposition. Yet, what GMk does so well is to steal the thunder from the pre-existing religion of gnosis (which I think was practiced by the circle around James in Jerusalem) and apply it to his invented savior, Jesus. Thus, a good deal of material that was originally figurative of the saving power of gnosis (which is, after all, an abstraction) becomes concretized in “Jesus.” But most scholars today have no inkling that the canonical gospels derive out of a gnostic substratum that the gospels themselves betrayed—like a son betraying his own father.
Dykstra summarizes the overall purpose of his book with these words: “Mark’s primary purpose was to defend the vision of Christianity championed by Paul the Apostle against Paul’s ‘Judaizing’ opponents. He undertook this defense because epistles written in the Apostle’s name were no longer deemed adequate, possibly because Paul himself was no longer around to personally defend his authority. Mark didn’t report any new teachings of Jesus because none were available to him: his main sources were the Old Testament, the Homeric epics, and Paul’s epistles, not the disciples or oral tradition. And so he wrote a Gospel that implicitly validated the authority of Paul and his epistles” (p. 23).
At the end of Chp. 1 Dykstra concretizes his purpose: “My goal in this book is mainly to present the evidence for a literary relationship between Mark and Paul’s epistles. This intertextual relationship works both ways: Mark’s Gospel borrows from the epistles, and it bolsters the authority of the epistles” (p. 27). 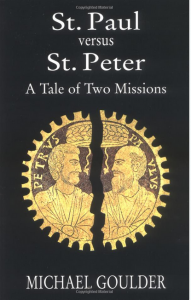 Chp. 2: A Tale of Two Missions
Dykstra offers a remark on Goulder’s work:

Goulder argues that the differences between Paul’s Gentile mission and Peter’s Jewish mission went well beyond the question of whether Gentiles were required to observe Jewish traditions. He sees a more fundamental disagreement: Peter’s mission believed that the heavenly kingdom had already arrived and believers were already enjoying resurrected life, while Paul’s stressed that the resurrection was yet to come and believers’ present life was more like the crucifixion. (M. Goulder, St. Paul vs. St.Peter: A Tale of Two Missions)

My comment: Peter’s view regarding realized eschatology is a vestige of the gnostic substratum alluded to above. Indeed, a correct appreciation of “Peter” (cf. “Simon” Magus) in his opposition to Paul (and, nota bene, in his opposition to Jesus in GMk) is that he represents a vestige of the old ‘salvation by gnosis’ religion. That religion was, in the time of Paul, still taught by the James gang in Jerusalem and is abundantly visible in the Gospel of Thomas (cf. logion 12, where James is praised to the heavens).
Dykstra continues: “And so it appears that Paul was engaged in a pitched battle to defend everything he had worked for against powerful opponents, including Jesus’ brother James, the leader of the church in Jerusalem… The Apostle fought the opponents who preached this ‘other gospel’…” (p. 37). The “other gospel” did not devolve merely on Jewish Christian ritual observance (circumcision, table fellowship, religiously pure food, etc.)—that was a pretext that Paul used to divorce himself (and his followers) from the James camp. The real difference was theological—James and Simon (Peter) were Gnostics! This may strike the modern reader as incredible, but that is only because so much primary source material has been destroyed and what remains has been so grossly altered. It is well nigh impossible to pierce through the thick overlayers of Catholic tampering, to detect the original players on the ground in that drama played out two thousand years ago. 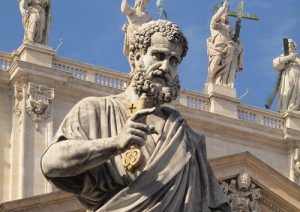 St. Peter holding the “key”
(at the Vatican).

We can thus view the Simon-Paul feud as a war between competing theologies: the way of gnosis vs. the way of faith. The irony should not escape the reader that Simon—originally the standard-bearer for the gnostic side—morphs into “Peter” (Gk. petros, “rock”), is eventually dubbed by Jesus “the rock upon which I shall build my church” (Mt. 16:18), and St. Peter’s finally becomes the seat of the Roman Catholic Church. From the beginning, the Great Church has done nothing so well as co-opt the thunder of its enemies!
Dykstra writes: “[M]uch of the Pauline corpus is devoted to defending the Pauline version of ‘the gospel’ against aggressive proponents of competing versions” (p. 37). In this light we see the true measure of the Gospel of Mark—it is the ‘nuclear option’ which basically just wiped the James faction off the map. It did this by bringing a thoroughly new ‘savior’ to the table, one outfitted with all the accoutrements of the Greek divine man (theios aner) and, furthermore, a savior who went to the great gentile world, thus bypassing the thoroughly weakened (remember, Jerusalem was destroyed in 70 CE) Jerusalem faction and its essentially provincial base.
Dykstra writes: “The primary purpose of [Mark’s] gospel narrative would then be to assert that Paul’s gospel was correct, that Paul’s interpretation of the significance of the person of Christ and his crucifixion and resurrection was the correct one, and that Paul’s opponents were wrong even though they could boast of close personal connections to Jesus while Paul could not” (p. 38). This series of assertions needs some unpacking. The pre-existing connections were not to any “Jesus” (himself a Markan creation) but to the pre-existing theology of gnosis (whether or not a different prophet stood at the beginning of that theology). Paul’s theology of faith was something new and destined to take over the world—because, in essence, it is so much easier to simply “believe” than to follow the arduous gnostic way of “seeking and finding,” striving “with your whole heart”, “renouncing the world”, “losing one’s life,” and the like.