Chp. 3: The Chimera of Oral Tradition 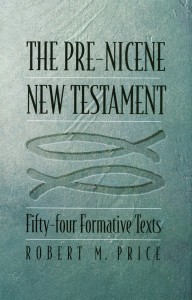 Like the Aramaic substratum thesis (Casey et al) the poor oral tradition has really been taking a beating lately and seems to be going the way of the dodo. I have no problem dispensing with the oral tradition theory and so skipped this long chapter on the first run-through. Dykstra asks (41): “How can a narrative written 30-plus years after the events that it records include such vivid detail..?” And: “How is it that Mark’s elaborate narrative appeared suddenly out of nowhere after three decades?” Whoah. This dating is increasingly passé. Accumulating data are showing that the Gospel of Mark probably dates to the second century CE, not the first (hence GMt and GLk would be even later). Consider: Papias and other writers of mid-II CE do not know any gospels at all (despite Irenaeus’ claim regarding Papias—see Price PNNT xiv). And consider further: Detering and Price (PNNT 69) argue that the Little Apocalypse (Mk 13) harks back to the Second (not the First) Jewish Revolt. Finally, the second century (vs. the first) would clearly be indicated for GMk if he drew on the miracle-working life of Apollonius of Tyana (who was famous even during his lifetime and who died c. 100 CE).
Now, I happen to believe that Mark the evangelist indeed drew on the legendary Apollonius—fresh in the memory of his contemporaries—for his character Jesus. If this is correct, it would effectively date GMk to the second century. Apollonius worked miracles (as did Jesus), traveled the countryside (as did Jesus), abjured wealth (as did Jesus), and brought extraordinary wisdom to mortals (as did Jesus). Hence, I am prone to see Markan dependence on the stories of the (allegedly) miracle-working Apollonius of Tyana, especially for the evangelist’s Gestalt of Jesus. Now, Apollonius died c.100 CE. So, if GMk drew on his life for the Jesus story—well then, we have another apparent terminus post quem for the Gospel of Mark: post-100 CE.
Dykstra follows Brodie in finding the theory of an oral stage to be a “modern invention” beginning with H. Gunkel c. 1900 who simply presupposed an oral stage (p. 49). Dykstra then makes an important observation: “The modern oral tradition and form criticism paradigm has perpetuated the conception of the evangelists as scribes or redactors rather than authors” (47, emphasis added). In this new millennium I think we are coming to view the evangelists with more skepticism. Some of us are now able (and willing) to see them as fabricating rank fiction out of whole cloth, as novelists rather than historians. This represents a real paradigm shift. Dykstra points out that the standard “isms” taught in seminaries—form criticism, redaction criticism, narrative criticism—presuppose pre-existing logia, pericopes, or “that the bulk of the narrative came ready-made to the evangelists through oral tradition” (47). All this apparently is changing.
Minor variations in stories have often been used as evidence for an oral stage, but Dykstra points out (52) that this is special pleading, for such variations are also found in purely literary environments—as we know well from text criticism.
On p. 54 Dykstra makes a cunning observation: “Actually, if Paul did admit to receiving the tradition orally it would undermine virtually all of the arguments he so forcefully advanced in behalf of his own unique apostolic authority.” So right. Paul is adamant in this regard, going so far as to announce that the gospel “proclaimed by me is not of human origin” (Gal 1:11). Amen!
Dykstra summarizes views of some scholars who have promoted an oral tradition stage (Gunkel, Bultmann, Lord, Dunn, Koester, Dodd, Hengel, Fitzmyer, Tolbert, Giblin, Botha, Goodacre). He concludes the chapter by finding the theory of oral tradition both unnecessary and unhelpful, and presents his thesis regarding the sources of GMk:

If eyewitness testimony and oral tradition both fail to explain the level of detail we actually find in the Gospel, two likely sources remain: the evangelist’s own imagination and other writings that were available to him. Other scholars have persuasively argued for Mark’s use of the Old Testament and Homeric epic. This book argues for Mark’s use also of Paul’s epistles.

Chp. 4: Defending the Gentile Mission
Though Mark draws on all the sources mentioned above, the evangelist is actually only interested in the Gentile world. In this chapter Dykstra shows that the break with Palestinian precursors has occurred—and it was not an amicable break. It would appear, from a close reading of both Paul and GMk, that gentile Christianity turned against its forebears and in a sense enacted the old myth of the son killing the father.
The subheadings in this chapter tell the story:
• A Gentile Christian Intended Audience
• Jesus Visits Gentile Lands
• Jesus Accepts Individual Gentiles As They Are
• Jesus Unites Jews and Gentiles at the Communal Meal
• Jesus Rejects Jewish Exclusivism
• Jesus Rejects Jewish Legalism

A Gentile Christian Intended Audience. Dykstra describes how Mark expects his readers to know some Latin (12:42; 15:16) but not to know Aramaic, which he translates for the reader (5:41 etc). The evangelist also makes mistakes in citing the ten commandments (10:19, listing “Do not defraud” as one and getting the order wrong).

Jesus Visits Gentile Lands. The evangelist obviously was more concerned with getting his main point across (“You gentiles are emphatically in the game”) than with getting details right. For example, Dykstra points out that he mangles the itinerary whereby Jesus visits gentile lands (Mk 7:31). 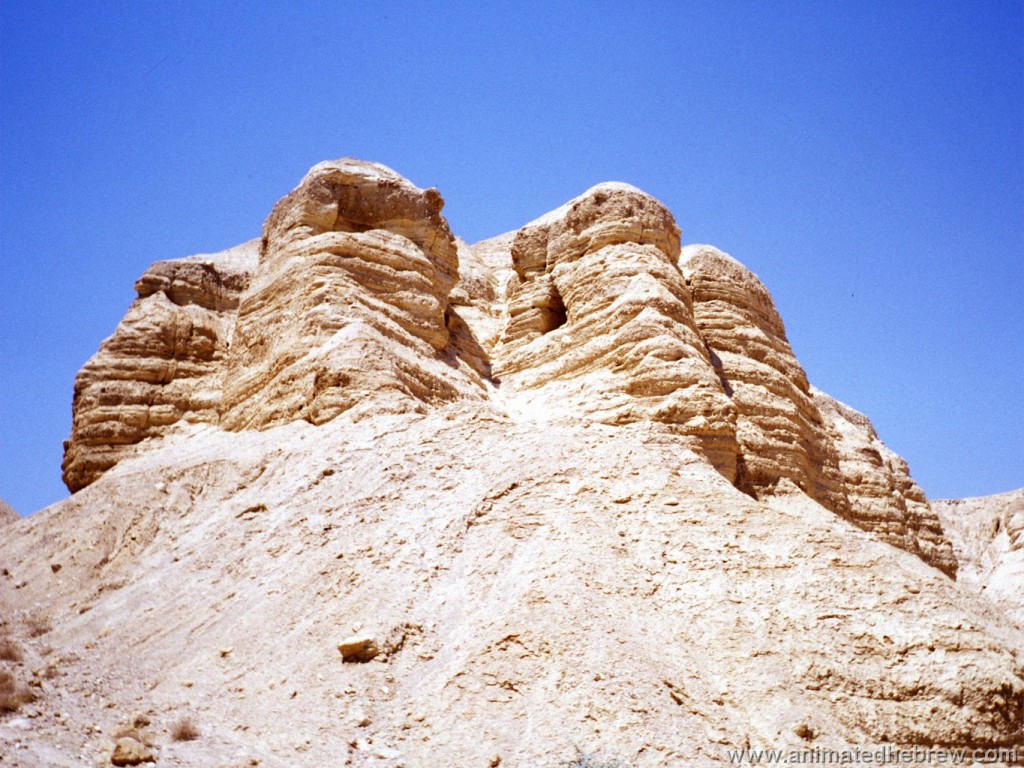 Looking up at Qumran Cave 4.

Jesus Accepts Individual Gentiles As They Are. The Marcan Jesus “makes no demands that [Gentiles] obey Jewish customs or traditions. For a narrative set in a pre-Pauline time, this represents as clearly as possible the Pauline concept that Gentiles who become Christians remain Gentiles and are not bound to adopt Jewish customs” (Dkystra p. 77).

Jesus Unites Jews and Gentiles at the Communal Meal. This is largely self-explanatory. Dykstra cites the Feeding of the 5,000 (Mk 8:14–21) and focusses on possible symbolism of the numbers 5 and 12. I would point out the gnostic core of the passage: the insistence on perceiving, understanding, and having a pure heart (8:17)—all which suggest that the “bread” was originally simply a symbol for the gnosis that saves. Mark has turned spiritual bread into literal bread!
In GMk there are 5 loaves and 5,000 people (6:38, 43; 8:18). Dykstra points out that “the number five calls to mind the number of books of the Torah” (p. 80). It may also be noted that in Manichaeism five is the holy number, and in the Talmud Yeshu has five disciples.