Astonishing theories have been recently postulated regarding the origins of Jewish scripture. They may seem quite far-fetched (see below), and the long-standing Documentary Hypothesis (DH) firmly remains majority opinion. But it may need tweaking, if not an overhaul. We recall that the DH (current since the late 19th century and also known as the Graf-Wellhausen theory) posits four major strands of literature in the Pentateuch: Yahwist, Elohist, Deuteronomist, and Priestly.

The DH offers explanations for differences in vocabulary, style, and point of view/content between various passages in the OT. It also goes a long way toward explaining outright contradictions, such as the two incompatible versions of the creation in Genesis 1 and 2, or the two persons who supposedly killed Goliath (David in 1 Sam. 17:51, Elhanan in 2 Sam 21:19). 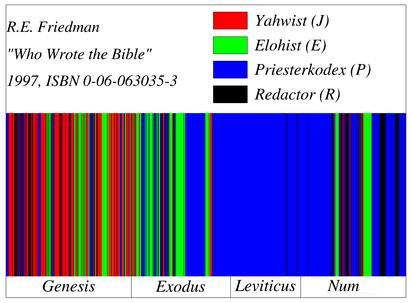 Hellenistic origins of the Old Testament?
However, the DH itself is a mammoth example of circular reasoning, as the scholar Russell Gmirkin notes. In his revolutionary book entitled Berossus and Genesis, Manetho and Exodus: Hellenistic Histories and the Date of the Pentateuch (New York: T & T Clark, 332 pages, 2006), Gmirkin observes that the DH relies primarily on the internal evidence of Jewish scripture itself, anchoring its dating in the possibly contrived (or at least unproven) histories found therein. This is circular reasoning. Using a combination of inductive and deductive approaches, Gmirkin systematically focusses on the earliest and latest possible dates for the writing of major texts (terminus a quo and terminus ante quem). He arrives at an astonishing conclusion:

The present book has argued that the authors of the Pentateuch were Jewish scholars knowledgeable in Greek literature such as the writings of Berossus, Manetho and Cleitarchus found at the Alexandrian library… The authorship of the Pentateuch by the Septuagint scholars with access to Alexandria’s Library appears fully corroborated. The Pentateuch represents, not the gradual accretion of material over time, as in the Documentary Hypothesis, but a single, unified composition written and codified in a year or two at the most (p. 255). 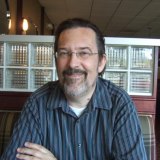 Regarding Old Testament studies, Gmirkin’s thesis is every bit as revolutionary for the Old Testament (and Judaism) as the mythicist proposition that Jesus of Nazareth did not exist is for the New Testament (and Christianity). It is unfortunate that Gmirkin’s book is so expensive ($170), for it deserves wide exposure. Like so many proponents of the boldest theories today, Gmirkin is outside academe. He holds no teaching position and (like this writer) has apparently not sought a Ph.D in the field. Given the incendiary nature of his work, such circumstances are understandable.
For Gmirkin, the Pentateuch is the product of a consortium of Jewish scholars assembled in Alexandria in the first half of the third century BCE—in fact, precisely in the years 273–72 BCE. We recall that the DH viewed the Pentateuch as a gradual compilation taking place over the five centuries between c. 950 and c. 450 BCE. But Gmirkin’s thesis dates the compilation of the Pentateuch from two to seven centuries later! (For additional discussion, see Vridar.)
Gmirkin has done his homework. His book is heavily footnoted and interacts with scholarship both old and new. I have encountered indirect support for his thesis in unexpected quarters—often the sign of a correct thesis, in my view. For example, Josef Milik—the luminary who played such an important part in deciphering the Dead Sea Scrolls—concluded in The Books of Enoch (Oxford, 1976, p. 31) that the first four chapters of Genesis are later than chapters 6–19 of the Book of Enoch. Now, Milik dated those enochian chapters to c. 250 BCE (p. 28). He may here have been a little late (by about one generation), but if Milik is even approximately correct, then some chapters of Genesis may need to be dated very late, later even than some enochian literature of the third century BCE. In this way, Milik’s work offers indirect confirmation of Gmirkin’s astonishing thesis.
The Babylonian priest of Marduk/Bel, Berossus, is a central figure in Gmirkin’s theory. Berossus fled to the island of Kos in the Mediterranean where he wrote Babyloniaca around 290–278 BCE, a work in Greek based on Mesopotamian (cuneiform) records. Gmirkin argues that the Jewish scholars in Alexandria a few years later used the Babyloniaca (among other texts) in writing of the Pentateuch. Hence, we find many Mesopotamian elements in the first chapters of Genesis—including the stories of creation, the flood, and the Tower of Babel.
After completing the Pentateuch (indeed, the entire Primary History from Genesis to Kings) in Hebrew, the Jewish scholars at the Library of Alexandria immediately translated their work into Greek—what we call the “Septuagint.”
A few scholars of the present generation (Lemche, Wesselius) have cogently argued that the author(s) of the Pentateuch knew the work of Herodotus, the fifth century BCE historian. If true, this would also effectively undermine the Documentary Hypothesis. But Gmirkin’s thesis goes a step farther and essentially substitutes Berossus for Herodotus, thus dating the formation of Judaism to Hellenistic times. Before then, apparently, were multiple temples to Yahweh (Jerusalem, Gerizim, Elephantine) but no unified Jewish history from Abraham through Moses, Joshua, and David on down to Ezra—the history with which we are today so very familiar.

Conclusion
In the cases of both Judaism and Christianity, unprecedented researches now taking place are breathtaking in their potential to overturn the claimed historical underpinnings of both religions. In the case of Judaism, its entire vaunted history of origins is at risk of becoming no more than a huge fantasy—with decidedly negative implications for the modern Zionist claim of the Jewish “return to the land.” It must be admitted that biblical scholarship is in the process of removing all ideological legitimacy from the state of Israel…
As regards Christianity, the results of this latest generation of biblical scholarship are equally stunning. The historicity of both Jesus and Paul are in increasing doubt, the canonical gospels are appearing more and more like second century writings, and Marcion is emerging as a formative figure at the very heart of the religion.
Mythicism is now on the cusp of history. A growing number of mythicist authors, bloggers, and readers are inexorably forcing biblical scholarship into and through a climactic phase. As old explanations no longer suffice and we pass the tipping point, the world at large (formerly asleep to all these arguments) will suddenly awaken to a fait accompli and to a vastly different paradigm—one with no Jesus of Nazareth and no ancient Jewish history. Those two pillars of western civilization have (together with ancient Greek thought) largely formed who and what we are. Without the “Judeo-Christian” tradition, there will be a new world—and no turning back!          —R.S.