While Jesus mythicists have been focusing on the (a)historicity of Jesus of Nazareth, a related scholarly war has been raging behind the scenes, as it were: the (a)historicity of Paul of Tarsus—or, more precisely, the inauthenticity of his epistles. It is now becoming increasingly clear that the two issues are intimately linked. After all, if the Pauline epistles are inauthentic, then what basis remains to posit the historicity of their author? Other than the epistles, all that’s really left regarding the historical Paul is the notoriously contrived text known to us as the Acts of the Apostles. 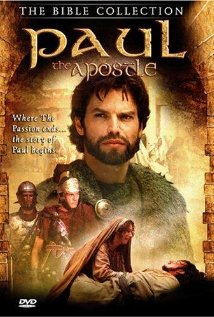 Of the thirteen letters ascribed to Paul in the New Testament (the Letter to the Hebrews is “anonymous”), six are considered even by mainline scholars to be non-Pauline (pseudepigraphic). The remaining seven are today considered “authentic” in all but the most liberal Christian scholarship (see below). They are: 1 Thessalonians, Galatians, 1 and 2 Corinthians, Philippians, Philemon, and Romans. This is the list that Helmut Koester drew up in 1982 (History and Literature of early Christianity), for which he worked out a chronological sequence running from Autumn 50 CE (1 Thessalonians) to the Winter of 55–56 CE (Romans).

A chorus of voices from the scholarly left, however, would have us doubt the authenticity of several (or all) of these “core” epistles. Such doubt was most extensively articulated by the so-called Dutch Radical school a century ago. That school not only doubted the authenticity of the Pauline epistles but also argued that Paul himself never existed. The nexus of problems surrounding the received figure of “Paul” continues to be expertly ignored by mainline scholarship, yet Pauline mythicism lives on today in the work of a number of investigators, including Hermann Detering (whose doctoral thesis was on the Dutch Radical School), Robert Price—and myself.

What do we know about Paul?

It is more than passing strange that Paul’s epistles are often considered the surest proof for the existence of Jesus of Nazareth—though by his own admission Paul (a) never even met the Master (Gal 1:12), and (b) for Paul, “Jesus” is clearly a spiritual entity—as argued by a number of scholars (and by myself in my recent book NazarethGate, Chapter 14). On both the historical and theological levels, Paul is no witness at all to the figure we know as Jesus of Nazareth!

However, like a herd of buffalo stampeding in the direction of least resistance, the tradition has a way of simply ignoring the above facts. The standard argument holds that the epistles are so close in time to Jesus, and that “the Apostle” was such an early convert (within a few years of Jesus’ crucifixion), that Paul is our first and, indeed, our most reliable witness to the historicity of Jesus himself. The trouble here is that the epistles may not be “close in time to Jesus” and, further, that Paul may not at all have been “an early convert” of the Master. To the observation that the epistles say virtually nothing about a human Jesus, the believer retorts: “We have the gospels for that. Paul didn’t need to say anything about Jesus’ life or ministry!” (Sigh.)

Well, if Paul did indeed live, what data do reasoning people have to date his activity? His “own” epistles are very spartan as regards names and events known to history. Surprisingly, we only encounter vague information—such as that Paul meets with Peter, James “the brother of the Lord,” and John—the “pillars” (Gal 2:9), that he raises money for the fledgling Jerusalem church, and that he subsequently proselytizes among the gentiles. Not much. 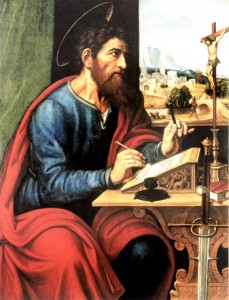 No, in fact, it isn’t… The main problem, of course, is the nature of Acts itself. The book is such a fantastic recital of the miraculous and improbable that no reasoning individual will credit its accounts with any modicum of objectivity. Then, too, the character of Paul (in Acts as elsewhere) has engendered considerable doubt. Scholars have questioned his improbable status as a student of Gamaliel (e.g., why does Paul invariably use the Greek Septuagint instead of Hebrew scriptures?), have wondered at his status as a highly-educated Pharisee who, astonishingly, abandons his Jewish heritage to proselytize among Gentiles, and have questioned his Roman citizenship and its perquisites as described in Acts.

Then, too, in his prolix writings (The Jewish War of 78 CE, and the Antiquities of the Jews of 94 CE) Josephus gives the histories of Agrippa, Festus, Felix, and most other figures mentioned in Acts. It would have been a comparatively simple affair for a second-century author to have pilfered the Jewish historian’s accounts…

So, we return to our first question: What do we really know about “Paul”? The answer is: Nothing. Many scholars have noted that the epistles are internally contradictory and betray contrasting points of view, all under the name of “Paul.” If one considers non-canonical literature (the apocryphal acts, the Pseudo-Clementine writings, etc), then it becomes apparent that “Paul” was both the most idealized and the most vilified follower of Jesus. My own view is that Paul was not so much a person of history as he was the evolving “ideal Christian” to the Church, and also the “quintessential betrayer” to the Church’s enemies.

Of course, Paul’s non-existence—if true—has gigantic repercussions on the nature of the New Testament study and on our views of Christian origins. In a sense, however, even such a monumental affront to history would not seriously affect the Church’s position. After all, even if “Paul” is a pastiche of first-century figures, or if “he” is a re-interpretation of some very early witness to Jesus—in these cases the Church can shrug and say: “So what? We still have a critical early witness to Jesus of Nazareth, one who expounds Christian theology in its most basic sense.”

The nub of the matter, then, is not the existence of Paul at all. It is the dating of “Paul.” This is the first in a series of posts arguing that “Paul” is a development of the second century. Here is the presentation of a new chronology, one with consequences for the history of Christianity far more devastating than the mere nonexistence of the Apostle. For if the Pauline epistles are mid-second century writings (as is increasingly suspected), then the canonical gospels—which are later—become later second century texts! We can be quite confident of this because scholars (the latest being Tom Dykstra in his 2012 book Mark, Canonizer of Paul) have shown that the earliest canonical gospel puts Pauline theology in a (contrived) historical setting. All of a sudden, then, Christianity as we know it transforms from a historical development of the first century into an invented literary development of the second century.

Before successfully moving Paul into the second century, however, it is first necessary to cut his ties, as it were, to the first Christian generation. The argument begins with one question: What in fact do we have that dates Paul securely to the mid-first century CE? Reviewing the information from Acts and the epistles, as noted above, the short answer is: We have nothing at all. The first-century Paul is a phantom, an improbable figure entirely invisible to history. With that admission, a new profile of Christian origins first appears, looming like a barely detectable hulk through thick fog: the New Testament belongs not in the first century at all. The texts we have all been venerating for two millennia had their incipience one hundred years later.

Next: Paul moves to the second century CE →