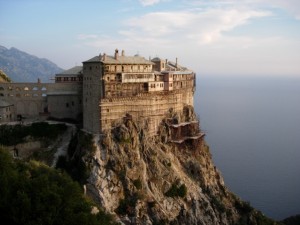 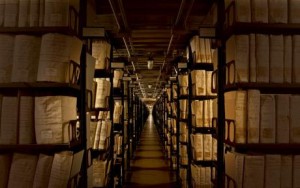 In my recent book NazarethGate (Chapter 14), I argue the thesis that a founding prophet lived in the early first century BCE, a prophet who was in fact at the origins of Christianity. Readers may be familiar with this general thesis from the writing of Alvar Ellegard (Jesus One Hundred Years Before Christ) and G.R.S. Mead. The prophet was very different from ‘Jesus of Nazareth’—whom I argue never existed.

At issue was nothing less than the entire creation. The gnostic Marcion and his ascetic followers taught that materiality is a sad prison of the “light,” that the only escape is gnosis and renunciation. (Nota bene: this is very Buddhist.) They claimed that Jesus showed this ‘Way’ and that Paul taught it. The pragmatic Church Fathers quickly realized that this self-mortifying theology had absolutely no chance of success with the masses. The Church (as, before it, Judaism) resolved that the creation is good. Procreation is divinely-ordained. Life in both the fleshly and spiritual dimensions is cause for celebration. Great! We can enjoy ourselves. We can marry, have lots of children, get rich… (Cue James Brown.)

Marcion had nothing to do with the preceding. On the contrary—he taught that even married couples needed to live chastely. In fact, some signs of his ascetic/encratite view are found in the New Testament (in both the canonical gospels and in the Pauline epistles). This may not be entirely coincidental, for scholars are noting (not for the first time, incidentally) that both the Pauline epistles and the canonical gospels were historically birthed not in the first century CE but in the mid-second century—that is, precisely in the time of Marcion. No reference exists in the Church Fathers to either the epistles or gospels before c. 150 CE. That is a rather stunning fact. It contributes to the view that all datings of the New Testament texts to the first century CE are unsubstantiated. For hundreds of years, scholarship has simply assumed that the New Testament texts date to the first century—with no external evidence at all! 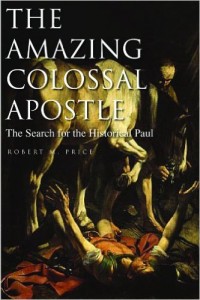 Some scholars (not all of them mythicists, by any means) think that Marcion may also have written the first gospel. I will have much more to say about this possibility in a separate series on this website. But the damage has already been done. It the Pauline epistles are second century, then surely so are the gospels—for the universal view (I know of no scholar who challenges it) is that the epistles preceded the canonical gospels. The consequences, then, of a later dating for the Pauline epistles are mind-boggling—the entire New Testament (with the possible exceptions of the Apocalypse of John [also see the comments below] and the Letter of James) had its genesis well into the second century CE!