Provocative work by fully credentialed specialists in New Testament studies is now quietly being conducted ‘behind the scenes’—that is, out of the general view of the public. An increasing portion of this work is supportive of Jesus mythicism, and a partial list of names quickly comes to mind: Thomas Brodie (recently), Hermann Detering, Matthias Klinghardt, Dennis MacDonald, Robert Price, Markus Vinzent… The historicity of Jesus is now seriously being undermined by these and other fully-accredited scholars. 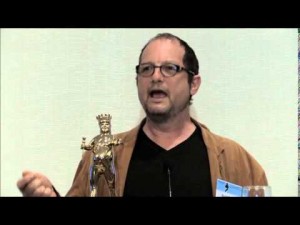 However, one wouldn’t suspect this by reading popularizing literature emanating from the pens of noted scholars such as Bart Ehrman. For that academic, the case is not merely closed—it was never open. Ehrman now has come out with yet another potboiler directed at the layperson: Jesus Before the Gospels: How the Earliest Christians Remembered, Changed, and Invented Their Stories of the Savior (HarperOne, March 1, 2016). The tone is casual, the language and argumentation loose, assumptions rampant… His chapter entitled “Collective Memory: Our Earliest Gospel of Mark” may begin on p. 227 but the reader only gets to Mark at p. 244. There Ehrman begins:

And who was Jesus? Everyone reading the first line of Mark’s gospel knew full well who Jesus was. He was an itinerant preacher from an impoverished rural part of Galilee who was denounced by the Jewish leaders and executed by the Romans for crimes against the state.

All this from the first line of Mark’s gospel? I hardly think the above approaches what the evangelist intended, for not too many itinerant preachers walked on water, multiplied loaves, raised people from the dead, or were transfigured in the company of Moses and Elijah (Mk 9:2 f). Indeed, Ehrman does go on to show that Jesus was entirely unique where Mark was concerned. So, let his readers (not me) figure out what he’s saying…

Ehrman is preaching to his choir, and it is a large one. On the other side, it is unfortunate that a penalty still exists for speaking out against the choir on these sensitive issues, or even for being too convincing. We recall the Jesus mythicist Fr. Thomas Brodie, at the end of a long and distinguished scholarly career, being summarily sacked by the Church. His fine work has been either ignored (e.g. by Ehrman) or superficially discredited. But that work is, of course, excellent…

I recently received a warm note via email from Dr. Markus Vinzent, whose work I began to discuss in a recent post. Vinzent is a foremost specialist in Patristics presently teaching in London, England, and Erfurt, Germany. He proposes that Marcion wrote the first gospel—a most provocative thesis that, however, is by no means held only by himself. Vinzent recognizes the warped nature of the present New Testament discussion and writes:

Thanks for your email – the greatest thing in scholarship today, in an age of the internet, is the democratization process of scholarship. While it was an ivory box-type activity in the past, where people were mostly prevented from contributing to the discourse (if they had not gone through the limiting and controlling/controlled process of institutions, which themselves were directed by ideologically oriented gate keepers), today the best of scholarship comes from what you describe as ‘amateur researchers’. In my ears this is a title which has high accolades. Do keep it and be proud of it!

… On the Jesus-question, I am divided as yet—whether and what regarding him was historical. All I know, so far, is that prior to the end of the second century neither Jews nor the people who were called Christians (and perhaps saw themselves rather as Jews or Romans) were particularly interested in a historical Jesus. Paul knows (or at least tells us) next to nothing about the historical Jesus (except that he was born of a woman, had a meal with his disciples, and died on the cross), but gives no hint of any miracles, stories, narratives… The early Christians do not seem to miss such information.

The first one who brings about all that is Marcion (who also provides us with Paul’s letters). But, curiously enough, he only introduces the Jesus who comes ‘from above’ into political and geographical history—in order to let us know the non-sense of history: A history that does not grasp the non-historical Jesus, a history that kills the non-historical Jesus, as any history kills its creatures. Life, eternal life, salvation, if we like, is beyond history – this is the message of this first Gospel. No surprise, that people, deeply rooted in a social and religious tradition which takes itself back ‘ab urbe condita’ and/or to Mose and the miraculous exodus got unsettled by Marcion’s message and do, what Marcion criticizes, namely link his Gospel back to the Jewish Scriptures, create (in our critical, scholarly reading today, a-historical) youth stories of Jesus, add (non-historical) historical informations (like Luke’s Tetrarchs) etc.

Historicizing of events, in the history of religion, usually is a tendency that sets in rather later, when either new social and political needs (like the second Jewish war) occur, or when memories are fading (and in oral societies memories lasted longer than today). This is one of the reasons why, I think, the early dating of written Gospels would be an anomaly in this regard. And my own reading of these texts as second century literature, negotiating the identity of Christians after the disastrous second Jewish war also make more sense. Set against this political and social background, the struggle for finding a ‘third way’, for self-definition, the Gospels become part of the writings of apologies… 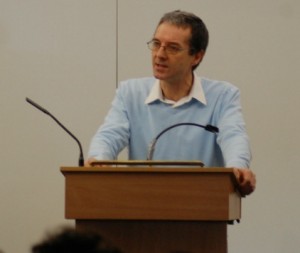 It is, of course, refreshing to receive a note such as the above—quite a contrast to the off-hand, brusque dismissal that New Testament scholars customarily accord to Jesus mythicism (and even misinformation, as in the video linked above). Can anyone imagine Ehrman writing: “today the best of scholarship comes from what you describe as ‘amateur researchers’”? Wow.

The above was prompted by my initial email inquiry to Markus regarding a statement in one of his books: “An extraordinary Samaritan document from before 500 AD gives us detailed information about Jesus’ life, his passion, crucifixion, and the life of the early Church, and knows of ‘39 Gospels.’” There was no reference, and in response to my inquiry, Markus sent me the bibliographical information (J. McDonald and A. Higgins, “The Beginnings of Christianity according to the Samaritans,” NTS 18 [1971/2]: 54–80). I replied: “Thanks for this. I’ve now read the article and find several things fairly remarkable: the Samaritan author does not participate in the condemnation of Jesus (vss 81-85); the ‘Judaists’ are related to Jesus (58); and Jesus became a fugitive while still in Palestine. I’ve found corroboration for all these from my research on Yeshu [ha-Notsri].”

Again, Markus showed an open mind by reading pages on this very website and requesting a copy of the Greek Acts of Mark, a text that remains unedited and unpublished. Along with a copy of my book NazarethGate, I have mailed him a photocopy of the Acts of Mark, and it is my fervent hope that Markus or one of his students will take on the task of properly editing, translating, and publishing this fascinating text in which Mark is a disciple of John the Baptist, a Levite, baptized by Peter, and goes “to the West, to the Gauls.”

Vinzent is on the right side of history, and Ehrman is a pre-eminent “gatekeeper” on the wrong side. The future belongs to us with open minds.—R.S.