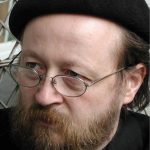 A Shift in Time: How Historical Documents Reveal the Surprising Truth About Jesus

Lena Einhorn has distinguished herself in Sweden as a documentary filmmaker. She is known in Germany mostly for her Holocaust book, Ninas Reise (“Nina’s Journey: How my Mother Escaped from the Warsaw Ghetto”). Over the last decade, the focus of her interest has moved to early Christianity. In 2007 the English edition of her book appeared, The Jesus Mystery: astonishing Clues to the True Identities of Jesus and Paul (Guilford, Conn.: Lyons Press; German edition 2007, Das Rätsel von Damaskus: Waren Jesus und Paulus ein und dieselbe Person? Heyne Verlag). Since 2010 Einhorn has annually presented papers at the SBL conventions, in which she has elaborated a new hypothesis regarding Christian origins. A synthesis of her bible-critical work now appears in her 2016 book considered here, A Shift in Time: How Historical Documents Reveal the Surprising Truth About Jesus (New York: Yucca Publishing). 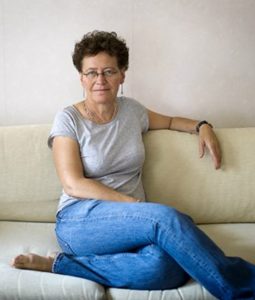 One need not be irritated by the rather sensational subtitle. This is a serious historical study, the contents clearly and methodically ordered, and the argument cogent. The author betrays a deep acquaintance with the work of the Jewish historian Josephus, as well as with the political currents of the second century. These underpin her main thesis, as reflected in the book’s title. Pursuant to a close comparison of the canonical gospels with the writings of Josephus, Einhorn concludes that the events reported in the gospels must be read in the light of a roughly two-decades-long “time shift.” This includes the accounts involving Jesus, which actually took place twenty years later—that is, in the fifties CE. Einhorn’s argument is grounded on two pillars of New Testament criticism:

(a) the paucity of extra-Christian attestation for the events reported in the gospels, particularly those relating to the figure of Jesus; and
(b) signs of a “militant” Jesus—clearly evident in certain passages of the gospels—that do not conform (or conform only with difficulty) to the peace-loving savior known to Christian tradition.

As regards (the lack of) extra-Christian attestation, I have already treated this in extenso in my book, Falsche Zeugen: Ausserchristliche Jesuszeugnisse auf dem Prüfstand (“False Witnesses: Extra-Christian Witnesses to Jesus on Trial,” Aschaffenburg: Alibri 2011).

Many scholars conveniently suggest that Jesus was simply too minor a figure to have engaged the attention of contemporary writers. Like Einhorn, however, I have argued that this view is untenable given the extraordinary impact of Jesus’ presence on his contemporaries—an impact that the evangelists highlight in many passages. Einhorn observes that Jesus’ large following and his spectacular disputes with both the Jewish and the Roman authorities would not have escaped the notice of contemporary chroniclers.

Point (b) above is confirmed through careful examination of the New Testament witness—particularly the Gospels of Luke and John. For example, Einhorn notes circumstances accompanying the arrest of Jesus on the Mount of Olives. According to the Fourth Evangelist, we are dealing with a Roman cohort (Gk. speira) of between 600 and 1,000 soldiers (Jn 18:3, 12), while Luke (22:47–54) describes disturbances of riotous proportions.

On pp. 66 f Einhorn notes that a series of investigators have in the past focused attention on militant aspects of the canonical Jesus accounts. Since the time of Hermann Reimarus (1729–1814) attempts have been made both inside and outside New Testament studies to interpret the historical Jesus—and consequently early Christianity—against the backdrop of an anti-Roman Jewish struggle for freedom, as well as in the context of events leading up to the First Jewish War. In this sense Lena Einhorn belongs in the company of Robert Eisler, Joel Carmichael, Hyam Maccoby, and Robert Eisenman—and also Reza Aslan, whose 2013 book Zealot attained bestseller status.

When the above-mentioned points (a) and (b)—which are premises of the book—are considered together with a careful reading of Josephus, then certain consequences follow that lead Einhorn to a solution of the dual mystery: Yes, there was an historical Jesus. That he was not mentioned by contemporaries owes to the facts that—contrary to the depictions of the evangelists—he lived later and, furthermore, he is to be identified with one of the anti-Roman freedom fighters from the 50s CE described by Josephus. Einhorn supports the latter astonishing proposition with a series of notable anachronisms. Above all, she draws parallels that—in her view—cement relationships between events and persons in the gospels on the one hand, and in Josephus on the other. The life and fate of several messianic pretenders chronicled by Josephus—including Theudas (44–46 CE), the so-called “Egyptian” (52–59 CE), Menahem the son (grandson?) of Judas the Galilean (66 CE), and Simon bar Giora (66–76 CE)—these personages, in her view, all betray striking resemblances to figures mentioned in the gospels. 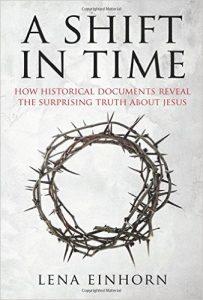 Einhorn also detects seminal parallels between Theudas and John the Baptist: both were spiritual leaders, both were active about the Jordan River, and both were decapitated by the Jewish religious establishment—their deaths, however, having taken place fifteen years apart, Theudas dying in the time of the Judean procurator Fadus. Now, Einhorn considers it most unlikely that John was executed by Herod Antipas, since the latter was ruler of Galilee and Peraea but not of Judea, where John was active.

Einhorn claims further meaningful parallels, for example between the messianic pretender Menahem and Simon Peter, as also between the protomartyr Stephen (Acts 6–7) and a Stephen in Josephus (Ant. 20.113–17; War 2.228–31; Einhorn pp. 63 f).

Einhorn does not deny that, besides the parallels, significant differences between the two Stephens exist. The same can be said in comparing Jesus with the Egyptian, where differences are obvious: Jesus was captured on the Mount of Olives and then crucified, while the Egyptian escaped capture; in one account a fight is lacking, in the other a crucifixion.

In Einhorn’s view, however, both the parallels and the differences can be explained. She maintains that the evangelists deliberately adopted a time shift. For her, the gospels, Acts, and Josephus all report on the same events—but the Christian authors have intentionally backdated those events by 15–20 years. Einhorn gives two principal reasons why they did so:

1. competing traditions were in this way neutralized (thus protecting incipient Christianity);
2. the militant side of the Christian messiah was thus hidden.

In these ways Einhorn views the New Testament gospels and Acts as containing both a surface account and a subtext. The surface account describes events and figures from around the year 30 CE. The cryptic subtext, however, deals with the rebellion against Rome and against Jewish institutional authority. In Einhorn’s view, the true story was subsequently hidden in order to disguise Christianity’s beginnings as a conspirational and rebellious movement against Rome.