The issue of Jesus’ hometown in early Christian literature is revealing. In the Gospel of Marcion (Mcn) the hometown of Jesus is Capernaum, as it is also in the Gospel of Mark. “Nazara” is only briefly mentioned in Mcn (corresponding to Lk 4:16–30). But the place does not really fit Marcion’s gospel, which locates Jesus in Capernaum both before and after a brief ‘visit’ to Nazara. 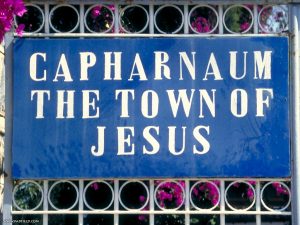 Now, we know from the Gospel of Philip (Nag Hammadi) that in gnostic tradition Nazara meant “truth” (GPh 62). This interpretation fits the earlier spirit-Jesus christology, but not the new theios aner Jesus of Marcion, for which Jesus also requires a physical ‘hometown.’ Marcion’s gospel thus was apparently trying to fuse two different christologies and did so only imperfectly: Jesus is from Capernaum and briefly visits Nazara—as if to receive the ‘stamp of approval’ from the older Nazarene tradition.

GMk does not even know of Nazara (“Nazaret” at 1:9 being a later interpolation), but only knows Jesus the Nazarene (i.e., “the Savior of Truth”) who hails from Capernaum. It will be Matthew who clumsily fabricates the place Nazareth for the first time—his ineptitude is revealed in the saying from Jewish scripture that doesn’t exist (2:23). Then Matthew has Jesus’ family move to Capernaum (4:13). Strangely, however, the savior is still known as “Jesus of [the perfectly unknown town of] Nazareth.” This is all transparently artificial. It can be explained by realizing that the Nazara/Nazarene component derives from the earliest stratum and was integral to the pre-existing Christian tradition. The Catholics merely redefined it: they changed the abstract provenance “truth” (Nazara) into a geographical place with a vaguely similar name: Nazareth.

Placing Nazareth on the map

For a long time the church didn’t know where Nazareth was located. Origen didn’t know, though he lived in Caesarea, while Julius Africanus seemed to locate it in Judea. It was Eusebius who first provided a location in Lower Galilee in the early fourth century:

Nazareth, from which the Christ is called Nazorean and we, who are now called Christians, were of old called Nazarenes. Today it is still located in the Galilee opposite Legio about fifteen milestones to the east near Mt. Tabor. (Onomastikon 138.24–140.2; cf. The Myth of Nazareth p. 293.) 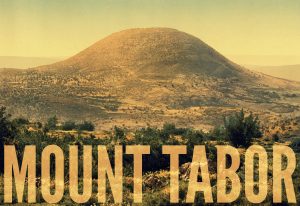 It is questionable from this, however, whether even Eusebius knew exactly where Nazareth was. This can be suspected because, first of all, the route from Legio (at the foot of Mt. Megiddo) was paved by the Romans towards the turn of the era and led to the major town of Diocaesarea (Sepphoris)—not to Mt. Tabor. Diocaesarea is only a couple of miles from Nazareth and one would think that Eusebius would surely signal “Nazareth close to Diocaesarea.” Secondly, Nazareth is located a full five miles away from Mt. Tabor.

Locating Nazareth with reference to Mt. Tabor, however, is interesting theologically. Mt. Tabor was—in early traditions—the site of the Transfiguration (e.g. Origen). The canonical gospels, however, portray that event as having occurred on a mountain near Caesarea Philippi (i.e., Mt. Hermon) farther to the north. Despite the explicit canonical tradition, the stronger non-canonical tradition has won the day in favor of Mt. Tabor, which has always been the acknowledged site of the Transfiguration.

The Transfiguration is one instance when God calls Jesus “my beloved son” (Mk 9:7). The other time is at the baptism of Jesus. The main theological difference between the two events is that in the Transfiguration Jesus was metamorphosed (metêmorphwthê, Mk 9:2). Eastern Orthodox and mystical Christian traditions consider that Jesus was deified at that time, and some also suppose that the Christian can be similarly deified—i.e., can become like Jesus. Such universalism is a hallmark of the earliest Christian stratum—the pre-Jesus of Nazareth stratum wherein Jesus is a cosmic spirit that indwells the saint. In short, when Eusebius links “Nazareth” with Mt. Tabor, he may be attempting to link the Jesus story with a strong and enduring tradition that viewed Mt. Tabor as the critical event in the career of Jesus:

[In the Eastern Church] the monk is called to become conscious of the actual presence of Jesus in the interior of his own being, a presence given full and existential reality by the life of the sacraments, without any images. The luminous vision that may then be experienced will not be a mere symbol or an effect of imagination, but a theophany as true as that on Mount Tabor since it is a manifestation of the same deified Body of Christ.
That is why the spiritual life of the monks of the desert is so closely bound up with the theology of deification that we find in the Greek Fathers. (J. Meyendorff: St. Gregory Palamas and Orthodox Spirituality, 1971:38.) 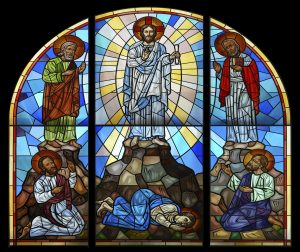 The Transfiguration of Jesus

Now are things seen that are beyond the eyes of man—an earthly body radiating the divine splendor, a mortal body pouring forth the glory of the godhead. For the Word is made flesh and flesh is made Word; though neither departs from its wonderful nature. O wonder exceeding all thought! Glory did not come to this body from without but from within, by the Word of God uniting it hypostatically to His own supreme deity in a manner past all telling… [T]he things that are united are one… through the immutable incarnation of the Word and the incomprehensible and unchanging deification of the mortal flesh. (John of Damascus [early VIII CE], Festal Homily c. 2, cited in J. McGuckin: The Transfiguration of Christ in Scripture and Tradition, 1986:118.)

How much of this later mysticism was in existence already when Eusebius was writing is uncertain. The Catholic Church would set its face adamantly against the theology of deification. Indeed, this appears to be the main struggle of the second century, when the christology of Jesus changed from that of cosmic spirit (available to all) to divine man. The older christology, however, seems to have survived in Eastern Orthodoxy and in frankly heretical movements from the Manichaeans to the Bogomils to the Cathars. But even if, according to the Roman Church, we cannot become “Christs,” Jesus was himself transfigured at Mt. Tabor. Eusebius reflects this unique transfiguration in his vague siting of Nazareth. It was left to the Empress Helena, Constantine’s mother, to specifically locate the actual hometown of Jesus in the early fourth century. This she apparently did—about five miles to the west of Mt. Tabor.