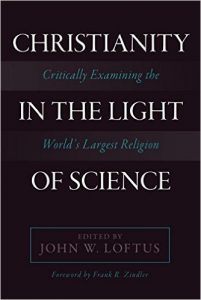 A couple of days ago I received my author’s copies of the forthcoming anthology of essays, Christianity in the Light of Science: Critically Examining the World’s Largest Religion (Prometheus Books, 399 pp, US $19). The book goes on sale July 26, 2016, and it is available at pre-order discount on Amazon.com. The volume should also be available soon through Prometheus Books (whose website is currently in upgrade mode) and, of course, via your favorite local bookstore.

My contribution is Chapter 12 (of fifteen), entitled “Pious Fraud at Nazareth.” Christianity in the Light of Science is edited by John Loftus (his fourth such anthology) and has a Foreword by Frank Zindler. It is dedicated to the late Victor Stenger, whose New York Times bestseller God: The Failed Hypothesis may be familiar to readers. Stenger also contributed Chapter 4 in the volume, “Christianity and Cosmology.” This was his last literary creation.

As a contributor myself, I’m no neutral evaluator and thus not the person to offer an unbiased review of this volume. What follows, then, is an expanded ‘announcement’ of the book: (a) a couple of excerpts from Frank’s Foreword; (b) an extended segment from John’s Introduction, which contains a précis of the book’s contents together with links (as available) to the fifteen authors—enabling the reader to appreciate how broad and deep is this book; and (c) the table of contents. 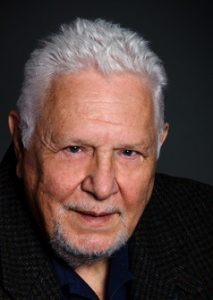 I hope that Christianity in the Light of Science finds its way onto every mythicist’s bookshelf. As a scientifically-based evaluation of the Christian religion, it can also be the polite but necessary gift for family and friends who do not understand your ‘wayward’ thinking, and also for Christian fundies in your life who desperately need a dose of reality. Christianity in the Light of Science is the status quaestionis on the subject, for 2016 and probably also for years to come.

First of all, some generalities. The presentation by Prometheus Books is easy on the eyes, with a typically clean layout. The text is not burdened by notes—they are at the end of the volume following three pages “About the Contributors.” There’s no Index, but only the most demanding reader will note its absence.

I haven’t yet had time to read the entire book and look forward to doing so in the next couple of weeks. I hope you’ll choose to also read it. Incidentally, constructive comments on this volume are welcome (below).

Christianity in the Light of Science:
Critically Examining the World’s Largest Religion 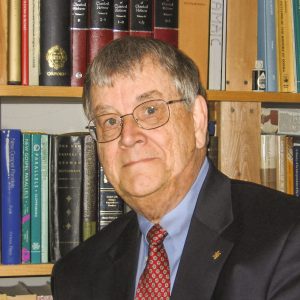 In these three short pages Frank is at the top of his game. With a touch of humor, he ranges from Christian apologetics, to Einstein’s General Theory of Relativity, to the Advanced Laser Interferometer Gravitational-Wave Observatory (LIGO), to the Big Bang Theory, to the non-existence of Nazareth at the turn of the era… Frankly speaking (okay, pun intended), no one else can write like this. I include here a snippet of his Foreword, this regarding William Lane Craig (the contemporary dean of Christian apologetics whom, we may recall, Frank debated way back in 1993 in front of 8,000 people):

Craig’s position is like that of King Canute: enthroned in solemn state upon the shore of the beleaguered Isle of Faith, ludicrously bidding the tidal wave of science and scholarly research to stay and to encroach no further onto his sacred, sacrosanct terrain. Stop, cosmology! Halt, physics! Stay back, evolution! Cease, critical studies of the Bible! Back off, brain physiology! With the publication of this book, the tide has risen to the seat of his throne. He’s going to have to find dry linens.

Touché. Frank calls this book “a full-service manual of counter-apologetics.” He continues: “All who seek to do their utmost to defend science and reason from destruction by the darkling forces of ignorance and superstition have, I believe, a moral obligation to read and master all the chapters of this book.” He closes with a sombre admonition: “These are parlous times. The moment is desperate, yet hopeful. The dragon of faith is dying, but the thrashing of its tail while in the throes of death can still do much damage. Armageddon could yet prove to be the only prophecy of the Bible ever to come true.”

In John’s words, “The main purpose of this book is to honestly and rigorously expose [Christianity’s] dog and pony show for what it is.” Among several bons mots in the Introduction, he writes: “If faith is defined as trust, then we should not trust faith.” On pp. 19–20 he offers the section “Briefly Introducing the Chapters.” I provide it here verbatim: 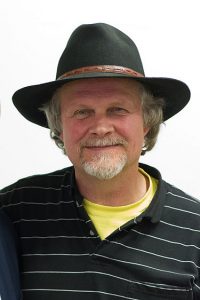 In part 1 of this book, the authors critically examine Christianity as the religion it is, from the perspective of science. In chapter 1, Guy P. Harrison persuasively argues that Christian people of faith should think like scientists. Then he teaches them how to do it. While doing so might not automatically lead them to reject their faith, he also says, “Thinking threatens Christianity; it’s as simple as that.” In chapter 2, David Eller argues that the origins of religious faith are rooted in our evolved brains, which tolerates a whole host of known cognitive biases, and, as such, should make believers into doubters. In chapter 3, Sharon Nichols challenges people of faith to abandon their religion altogether.

In part 2, the authors present the cosmological and evolutionary evidence that does not support creationism. In chapter 4, Victor J. Stenger shares a brief history of ideas about cosmology and how Christianity failed by incorrectly understanding the cosmos. If it failed on this issue, there should be no reason to accept its prescientific claim that God created the universe either. In chapter 5, Phil Halper and Ali Nayeri show that modern science does not support the idea of an absolute beginning to the universe, contrary to Christian philosophers like William Lane Craig. In chapter 6, Abby Hafer shows from the actual data that intelligent design is not science but rather creationism in disguise. This data was discovered by her without any pretheoretical commitment to naturalism.

In part 3 are four chapters that critically examine some crucial beliefs of Christianity. In chapter 7, Robert M. Price and Edwin A. Suominen argue that there was no Adam and Eve, and as a result no original sin and no need for a savior from sin. In chapter 8, Julien Musolino argues there is overwhelming evidence against the belief in souls, while, in chapter 9, Jonathan Pearce argues that human beings do not have free will. The upshot of their arguments is that any type of Christianity requiring salvation from sin by free-willed choices is ruled out. 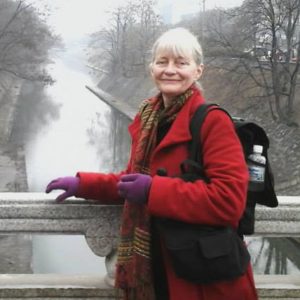 In part 4 are chapters that present archaeological evidence disputing the claim that the Bible is based on history. In chapter 10, Robert Cargill shows that by employing modern science to interpret archaeological findings, rather than interpreting the archaeological findings through the lens of the Bible, biblical archaeology has been reborn. As a result, with more reliable findings since the second half of the twentieth century, many aspects of the Judeo-Christian faiths have been legitimately challenged and dismissed. In chapter 11, Rebecca Bradley provides an important Old Testament example with regard to the credibility of the Israelite exodus from Egypt led by Moses. In chapter 12, René Salm provides an important New Testament example with regard to the credibility of the claim that Jesus was from Nazareth.

In part 5, the chapters focus on three faith-based claims in the New Testament. In chapter 13, Aaron Adair examines attempts to use astronomy to verify the Bethlehem star and finds they all fail. In chapter 13. Valerie Tarico shows there is no evidence to think petitionary prayers are efficacious, so she asks why people still do it. Then Joe Nickell, in chapter 15, writes a postmortem on the Shroud of Turin, showing it to be a fake. Since it’s a fake, there is no hard evidence that Jesus was raised from the dead. None. Yet, given what we learned in part 1 of this book, hard evidence is what we would need if we honestly wanted to know the truth.

Part 1. Science and Religion
1. How to Think Like a Scientist: Why Every Christian Can and Should Embrace Good Thinking —Guy P. Harrison
2. A Mind Is a Terrible Thing: How Evolved Cognitive Biases Lead to Religion (and Other Mental Errors) —David Eller
3. What Science Tells Us about Religion: Or, Challenging Humanity to “Let It Go” —Sharon Nichols

Part 2. Science and Creationism
4. Christianity and Cosmology —Victor J. Stenger
5. Before the Big Bang —Phil Halper and Ali Nayeri
6. Intelligent Design Isn’t Science, and It Doesn’t Even Try to Be Science —Abby Hafer

Part 4. Science and the Bible
10. Biblical Archaeology: Its Rise, Fall, and Rebirth as a Legitimate Science —Robert R. Cargill
11. The Credibility of the Exodus —Rebecca Bradley
12. Pious Fraud at Nazareth —René Salm

Part 5. Science and the Christ
13. The Bethlehem Star —Aaron Adair
14. If Prayer Fails, Why Do People Keep At It? —Valerie Tarico
15. The Turin Shroud: A Postmortem —Joe Nickell