In an interview today with MSNBC’s Chris Hayes, Oregon Democratic Senator Jeff Merkley goes on record to raise the alarm regarding Donald Trump’s latest cabinet appointments, attitude toward nuclear weapons, and also regarding the president-elect’s character—which Sen. Merkley characterizes as “the maturity of a five-year old wrapped by a massive ego.”

I offer this frightening nine-minute interview verbatim below, beginning at minute four.

[4:20] CHRIS HAYES [MSNBC, speaking to the viewer]: There’s also a petition by the Ploughshares Fund, an anti-nuclear group calling for President Obama to take America’s nuclear arsenal off of hair-trigger alert, to prevent Trump from being able to launch a nuclear missile within minutes. 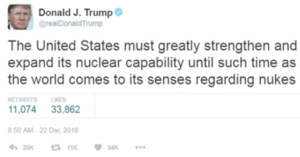 That initiative may have gained new urgency today after Trump shared some thoughts about nuclear policy on Twitter. Quote: “The United States must greatly strengthen and expand its nuclear capability until such time as the world comes to it senses regarding nukes.”

It’s not just the Obama administration that can take steps to prevent Donald Trump from dismantling the president’s achievements, but it was just announced that a record number of people signed up for insurance through the Affordable Care Act this year. The more people get coverage through the Act, the harder it gets for Republicans to repeal it.

[5:00] Joining me now, Senator Jeff Merkley, Democrat from Oregon. Senator, let me first ask you about the President’s movement to essentially dismantle the infrastructure of NSEERS [Muslim registry] today. Do you approve of that?

SEN. JM: Absolutely. Every look at this program found that all sorts of folks who have signed up for it and given their information are folks that you would never worry about. The program didn’t serve a purpose, except that it did alienate many individuals [and prevent them from feeling] like they were full participants in all that America has to offer.

CH: Should the President be doing more? Obviously, the President has been setting a record for recent presidents in terms of pardons. There are groups calling on him to protect folks from deportations. Are there other executive actions—are there conversations people are having in the White House about things [the President] should be doing in this final month?

SEN. JM: Well, I know the one that I was pressing very hard on was offshore oil drilling, because this is just the height of irresponsibility—to drill off Alaska. And the states up and down the eastern seaboard are very worried about the impact of oil spills upon their commercial fisheries, upon their beaches, upon their tourism, upon their quality of life. And so, this was something very important to lock into place. And so, having argued for that, and pushed for that, I was just delighted that the President accomplished that.

[6:15] CH: Is there a risk in taking strong executive action? The President has, I would say, taken more executive actions his second term—particularly around things like the EPA, power plant ruling, DAPA and DACA… [Is there a risk] that you are sort of strengthening an executive [position] that Donald Trump is going to inherit?

SEN. JM: Well, certainly each president jumps in with their team and carves out the area that they think they have the ability to act in. Some of that the courts strike down, some they don’t. And I’m sure the Trump team will be looking for their opportunities. But I really think we have to focus on the fact that America is doing so well in so many ways right now: improved health care for twenty million Americans, an economy that has a very low unemployment rate—after the debacle of the Bush administration. We’re making ground in a number of areas. I hope that Trump doesn’t come in with this team of cronies that he has as his cabinet of nominees, and do major destruction. I’m very concerned about that.

[7:20] CH: Let’s start with the president-elect’s tweet on nuclear policy today—how do you feel whether this president-elect is respecting what’s known as the ‘one president at a time rule’? 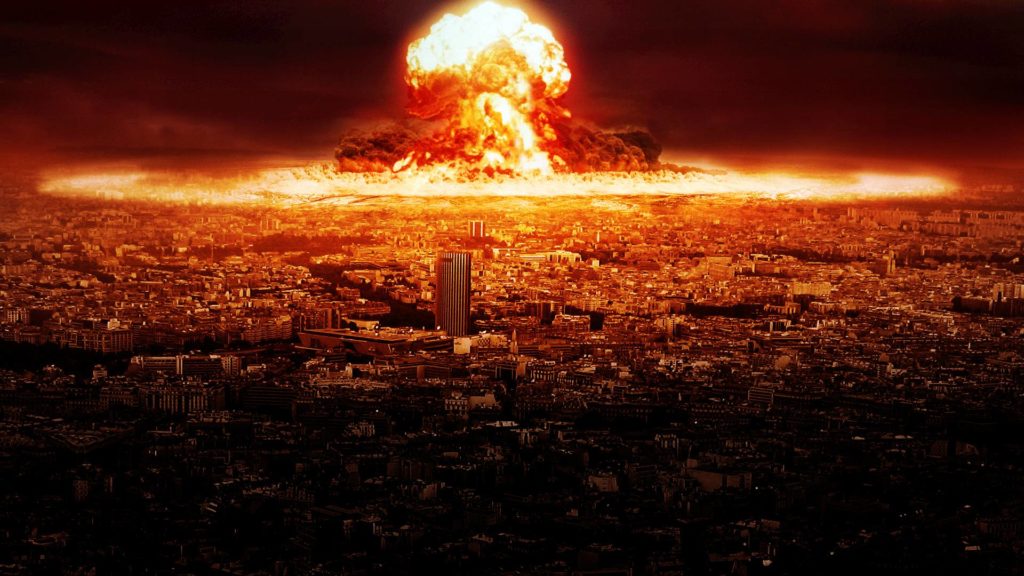 SEN. JM: Well, I must say, as he jumps in and says we have to vastly expand our nuclear arsenal… I mean, this is an area constrained by international agreements—as it should be, because of the risks of nuclear weapons. He’s going very much against the structure that his good friends Nixon and Reagan previously followed. There’s really so much at risk here of irrational action. And right now we have an incoming president who has kind of the maturity of a five-year old wrapped by a massive ego. And to have that just a second away from a nuclear trigger is very, very scary.

CH: You mentioned the nominees and the cabinet, as he’s filling it out. On a scale of one to ten, one being the cabinet that Jeff Merkley himself would have chosen, ten being beyond your worst possible nightmares, where would you put the nominees that are falling into place so far?

CH: Do you really mean that?

SEN. JM: I absolutely do. It’s past ten. I couldn’t imagine that—after Trump campaigned for workers—he was going to appoint someone who’s anti-minimum wage, anti-benefits, as individual for Labor Secretary. Or that he would bring in someone like Scott Pruitt and nominate him for the EPA, who has been all about getting rid of controls on things like mercury—a potent neuro-toxin that affects the development of our children. Or that he would hand over the keys of our economy to Goldman Sachs!

SEN. JM: Three key individuals put into powerful positions… This isn’t ‘drain the swamp.’ You know, he’s been saying in his victory tour: “Well, I kind of didn’t like that term, ‘Drain the swamp’ But so many people urged me to try it. So I tried it. And people cheered! So I started using it a lot. And I got a lot of cheers.”

CH: He did say that. That’s an accurate paraphrase.

SEN. JM: Yes. But he never meant it! And so now we find out that he’s filling the swamp, and handing over the keys to Wall Street, and betraying workers. And I don’t think this is going to go over well.

CH: Senator Jeff Merkley. Thanks for your time.