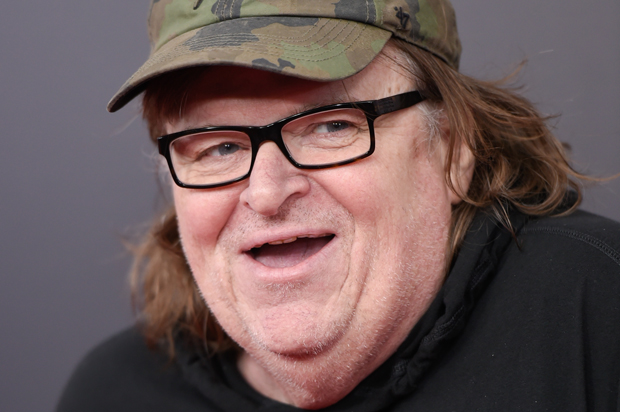 Michael Moore “isn’t ruling out the possibility that [Trump] won’t be sworn in at all.” If he is indeed sworn in, Moore is urging “national protest” and is planning on “non-violently disrupting” the inauguration. I don’t think I’d be able to bring myself to watch. How could I watch Trump put his hand on the Bible and swear to defend the Constitution? That’s not even a bad joke. Remember, Trump is the man whom the Huffington Post routinely describes thusly: “Donald Trump regularly incites political violence and is a serial liar, rampant xenophobe, racist, misogynist and birther who has repeatedly pledged to ban all Muslims—1.6 billion members of an entire religion—from entering the U.S.” Watching such a president-elect swear on the Bible should make any patriot barf.

Despite all the wheels—official and unofficial—that are now moving in tandem to inaugurate Trump as the 45th president of the United States, a nagging, serious, and growing suspicion just won’t go away… It is the suspicion that prompted the Green Party’s Jill Stein to call for vote recounts in the ‘swing states.’ Her view—now supported by massive evidence (including non-functioning voter machines in minority precincts, thousands of underballots for president in the Detroit area, a strange disagreement between exit polls and official tallies…)—is that the vote count giving Donald Trump victory is more than just incorrect. It is rigged.

What is more, it looks like Stein may have the goods to prove the above allegation. After all, the Green Party has become rather expert in the area of vote manipulation. It’s been contesting elections at least since 2004. No one should underestimate the Green Party on this. 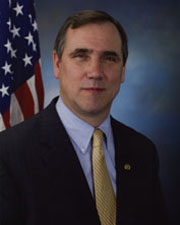 The rancid ugliness of what really happened on November 8 is starting to trickle out beyond the Green Party and to now go mainstream. The many provable indications of foul play on the part of the GOP (see my post here) are damning enough. But what Stein (and Oregon Sen. Jeff Merkley) have been hinting at in the last week is more than “foul play.” It’s the wholesale subversion of our democracy.

The Green Party’s recount efforts—though stopped in their tracks by GOP big money—uncovered more than unreliable vote counts in the ‘swing states.’ So, Stein is now kicking the charge up a notch. She’s no longer simply pointing to incorrect tallies. As Sen. Merkley also implied last week, the country may have just fallen victim to an unprecedented coup via the ballot box. Both Stein and Merkley are now suggesting complicity on the part of the GOP—complicity that goes to the core of our democracy and of American values. That’s criminal of course. And unconstitutional. When we factor in the possible collusion of Russia in manipulating the vote count in favor of Trump, then the coup reaches epic proportions. This is now way beyond bean-counting. In her recent video (see below), Stein even wonders how much of this alleged Russian collusion was known by GOP/Trump henchmen during the campaign. No Hollywood film writer could imagine a plot like the one that is now playing out.

The next twenty-four days are going to be interesting. Fasten your seatbelts!

I have to hand it to Dr. Stein. She is emerging as the real hero of this election. While Bernie ran an anti-establishment campaign, like the Democratic Party establishment he has been surprisingly mute in addressing the critical issue of voter disenfranchisement and the massive assault on American values that this election represents. Ditto for the estimable senator from Massachusetts, Elizabeth Warren. On the other hand, the Green Party has tackled voter disenfranchisement head on. And their focus is not new.

On the 23rd of this month, Dr. Stein gave her latest weekly Fireside Chat. It’s clear that the Green Party remains not only on the attack, but also that its allegations have lately grown in seriousness. So much so, that the Green Party has now petitioned the Department of Justice to intervene and assess criminality associated with this election. Excerpts from Stein’s informative and reflective video are below. She puts the larger Green Party fight in context. I’ve bolded certain statements that point to her overriding interest: creating something bigger going forward—a revitalized progressive organization, a new People’s movement. But pay particular attention to a few statements by Stein that specifically kick the allegations against the GOP up a notch. Those are in red. I’ll comment on the latter statements at the end. This is a very significant talk.

[0:30] Remember that the solstice time is the time of greatest darkness. But it’s also the time when things turn around, when we begin to move towards the light. The days get longer, and brighter, and warmer… This is the time when we share our vision for an America that works for all of us… We’re all aware of the incredible struggle that we face. I think, in many ways, these are the most challenging days that I have known in my sixty-seven years here on the planet. We are facing some of the most difficult battles ahead. But we do that at a time when we have strength, when we have communication, when we have networks, when we have a lot to build on.

[11:00] A court case is now looking at the right to vote in Pennsylvania… We don’t only have a right to vote, but also a right to know—to know that every vote counts. And when a state prevents you from having access to a recount—to verify your vote—that’s really an assault on our basic right to vote.

[11:45] So, stay tuned. In Pennsylvania—as in Wisconsin and in Michigan—there are strong groups now. There were over 10,000 volunteers that were involved in the recount. Those groups are still going strong. The recount was really a springboard for a stronger movement for election integrity. And that means a voting system that we can trust, which is accurate, secure, and just—and free from Jim Crow in our election system. Because we know that the machines failed preferentially in low-income communities and communities of color that don’t have proper resources. Their machines are old, they are not properly calibrated and so on. That’s where the failures take place.

[17:00] The Green Party’s platform is all about election integrity. When the Green Party candidate, David Cobb, took up the cause of election integrity after the 2004 presidential election, they helped launch this movement for election integrity. They helped stop the proliferation of this black-box voting—these voting machines that are controlled by private, for-profit corporations who have control over these machines and how they are programmed, their source codes, and so on, and have enormous control over whether these elections are run with integrity or not—whether there is foul play or not. There are so many reasons to shine a bright light on this election and find out whether or not this was a vote that we can trust. And we found out all kinds of stuff, that this was not a vote that we can trust, that there were flagrant machine failures, that there were real problems in communities of color with infrastructure that was set up for failure, there were huge numbers of blank votes that raised a red flag.

So, stay tuned. One of the things that came out of that is that we broke the sound barrier. We were able to break through this whiteout in the corporate media over alternative politics and the fight for our democracy. We have a right not only to vote, but also to know who we vote for…

All kinds of good stuff came out of this.

In the above, Stein is clearly alluding to her strong suspicions that voting machines were hacked/manipulated—with the collusion of their manufacturers. She speaks of “black-box voting machines… that are controlled by private, for-profit corporations.” We’re talking about domestic corporate entities here—corporate entities that are able to manipulate the vote results for the GOP and who do so. Wow.

The issue is not new. Even John Kerry thought that he lost the 2004 election due to such rigging, as we read here. An August 2016 Politico article related that the voting “machine’s smartcards could be jerry-rigged to vote more than once; poor cryptography left the voting records file easy to manipulate; and poor safeguards meant that a ‘malevolent developer’—an employee inside the company, perhaps—could reorder the ballot definition files, changing which candidates received votes.” Indeed, the Diebold (now PES) voting machines “can be easily hacked and controlled remotely using an 8th grade science-level education. It’s even easy for someone to put a memory card inside of it and tamper with it.”

Finally, in the same article we read this zinger: “Put all together, and the aforementioned reasons open the door for individuals and even foreign nations to possibly tamper with election results.”

So there you have it: not proof of a crime, of course—but every possibility that a crime occurred. Now, who is naive enough to presume complete honesty when it comes to wielding the highest power in the land? And then, it doesn’t take long to uncover all sorts of bizarre details, such as we read in another article: “Using computer software purchased under proprietary contracts that make it illegal to examine the equipment…” Yes, you read right. The voting machines may have been purchased with a stipulation that forensic examination would never take place. That means: You can vote all you want, America, but you can’t verify.

I told you it was getting ugly. In this light, it’s no wonder the Green Party recently found it impossible to conduct a forensic examination of the voting machines in Wisconsin, Michigan, and Pennslyvania… Doing so may well have violated the contracts under which those machines were purchased by the states in the first place!

Yes, I agree with the Green Party: We do need a Department of Justice investigation, and we need it immediately—as in before January 20. And one now wonders: besides this 2016 election, how many other presidential elections in the last twenty years have been rigged?

Whoever’s reading this should not delay one minute. Contact your senators and representatives today, urging them to support the Green Party’s initiative seeking an immediate DOJ investigation. Please don’t wait.