Note: This post contains a summary of election irregularities/illegalities that I’ve been reporting on over the last month on this website. As Steven Rosenfeld of AlterNet reports in the important article excerpted below, those irregularities were far more than sufficient to nullify Trump’s victory and hand the presidency to the rightful winner, Hillary Clinton. Rosenfeld’s article appeared on January 3 and can be read in full here. Emphasis (in italics and bold) has been added.—René Salm

“Sisters in Struggle and Women and Allies implore you to make the right decision in supporting our objection against the disenfranchisement of black and brown voters that contaminated and delegitimized the election of 2016,” their letter said.

A detailed and factual case can be presented showing a spectrum of intended slights and injuries against voters of color in the final three states—Michigan, Wisconsin and Pennsylvania—that gave Trump his tainted Electoral College majority… as well as in other states where Republicans targeted voters of color, such as Alabama, Georgia and North Carolina. Some of these details were seen in the recent presidential recount led by Green Party candidate Jill Stein, as well as in the unfolding political coup in North Carolina, where the outgoing GOP governor and GOP-majority legislature have sought to gut the incoming Democrat’s power and control of state election boards. 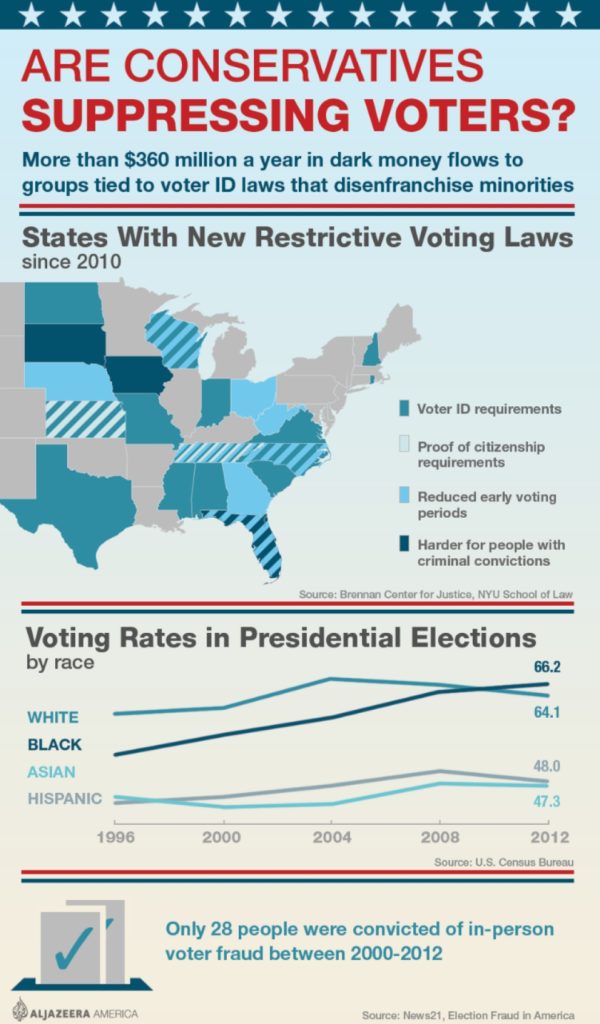 However, above these barriers and tactics was a bigger and longer view that needs to be conveyed, [Ruby Sales, a civil rights crusader who is leading Sisters in Struggle] said. She was referring to the way the Republican Party has been systematically resurrecting a racist states’ rights tradition that began soon after the American Civil War and is poised to assert itself across the federal government under Trump and congressional Republicans…

…“The GOP kicked more than a million people off voter registration lists with Crosscheck. They closed 868 polling places in African-American and Latino districts across the South for this election,” said Ann Massaro, a co-founder of Women and Allies. “[Trump] won a number of states by very narrow margins, less than 1 percent, so small factors would have been enough to change the result.”

Massaro gave many high-profile examples showing how GOP-sponsored racist election laws affected larger numbers of voters than Trump’s margin in key states. For example, he won Wisconsin by 22,000 votes, but a federal judge said in a ruling that 300,000 state residents lack the required ID under the state’s tougher voter ID law.

“According to one post-election study, these were the percentages of people who wanted to vote but were unable to vote by ethnicity,” Massaro said. “Forty-seven percent Hispanic-Americans, 42 percent black Americans, and 29 percent white Americans. Hispanic and black Americans were twice as likely to have voted by provisional ballots than whites, which means these were ballots that may not have been counted at all.”

The activists’ letter to the Black Caucus listed the tactics and their impacts. Here are the salient facts from the letter:

• In Michigan, Trump supposedly won by 10,700 votes, yet 75,355 ballots were never counted—either marked unreadable, blank or rejected. Almost all these so-called “spoiled” ballots were cast in Detroit and Flint, communities of color. A hand count was revealing the obvious: in these uncounted ballots were the votes that defeated Mr. Trump. A partisan state court of appeals stopped the hand counting of paper ballots after a federal judge ordered it to be started. The votes of the Michigan electors must be rejected. 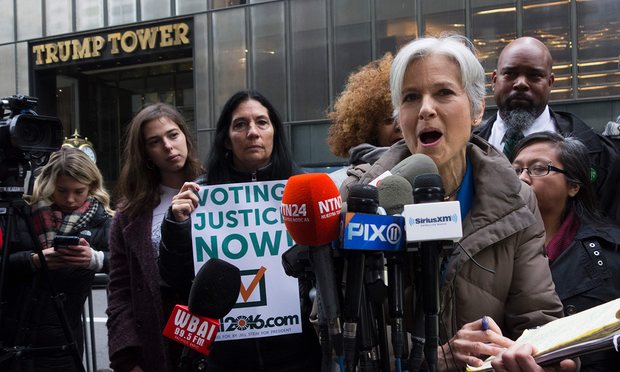 Jill Stein of the Green Party speaks out for voting justice, Dec. 5, 2016
at the foot of Trump Tower, N.Y.

• Similarly, in Wisconsin, the massive non-count of ballots in Milwaukee doubtless contain the tally that defeated Mr. Trump—but once again, a human hand-count of the ballots was denied. The electors’ vote for Trump must be rejected.

• In Pennsylvania, in a close and suspect race, the hand-count of paper ballots and review of the machine codes was stymied.  Again, the missing tally came from communities of color. The choice of Pennsylvania electors must be challenged.

• The U.S. Civil Rights Commission and Harvard Law School investigations have found that the chance a black voter’s ballot will be “spoiled” and not counted is 900% higher compared to a white one. And the terrible secret of American democracy is that millions of votes are cast and not counted in a typical national election.

• The Supreme Court ruling in Shelby County v. Holder in 2013 eradicated the need for certain states and local governments to obtain federal approval before implementing any changes to their voting laws or practices.  Consequently, this ruling ushered in discriminatory assaults such as voter ID laws and other requirements that further disallowed black and brown people the right to vote.

• Leading up to the 2016 election, Republicans closed 868 polling places primarily in areas where people of color reside and in states with a long history of voter discrimination such as North Carolina…

• In North Carolina, under the guise of voter fraud, despite a lack of evidence, lawmakers moved to slash the number of early voting hours in heavy Democratic and black populated communities, such as Mecklenburg County, in an attempt to stifle voter turnout and to make it difficult to vote.

The activists’ letter to the Black Caucus said these points are only the tip of the iceberg of racist voter suppression and vote-nullifying tactics, which all adds up to an illegitimate presidency for Donald Trump.

“Mr. Trump’s narrow lead of just over one percent of the vote raises the legitimate question of who would have won had not these acts of disenfranchisement taken place,” they said. “We have listened to some of you who have cautioned us that to interfere with the seating of Donald Trump will set loose civil unrest among his supporters. Whether you realize it or not, there is another powder keg that is percolating in black, brown and progressive communities who voted in large numbers for Secretary Clinton only to have their votes stolen and disregarded, not only by Republicans but seemingly by Democrats. The questions are before you: who will enter an objection and sign it?” 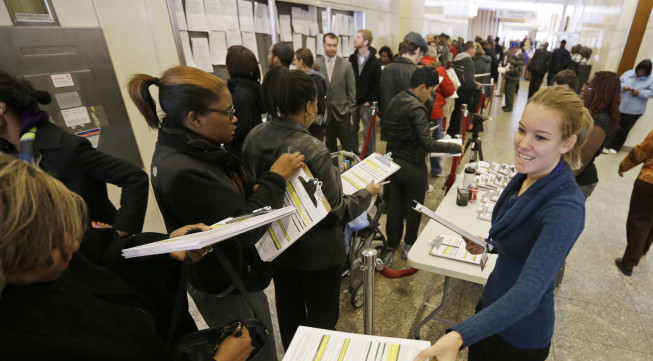