Some good friends recently sent me the following recommendation:

We the People of these United States—319 million of us, give or take a few hundred thousand—should locate the 500 richest Americans and gather them into one place. That shouldn’t be too hard.

A single large room will be sufficient to seat those 500 persons. Once they are together, we can ask those wealthiest individuals a few questions. The first is: Why should I work for you?

It’s a simple question. Not complicated. The People can listen attentively to the reply from the super-rich, some of whom might, however, respond boorishly: “If you don’t work for me, I’ll cut off your head.” Such a response, of course, would not be a satisfactory answer to give to 319 million persons.

Or, some among the rich might respond pragmatically: “If you don’t work for me, you won’t have a job. You won’t eat.” 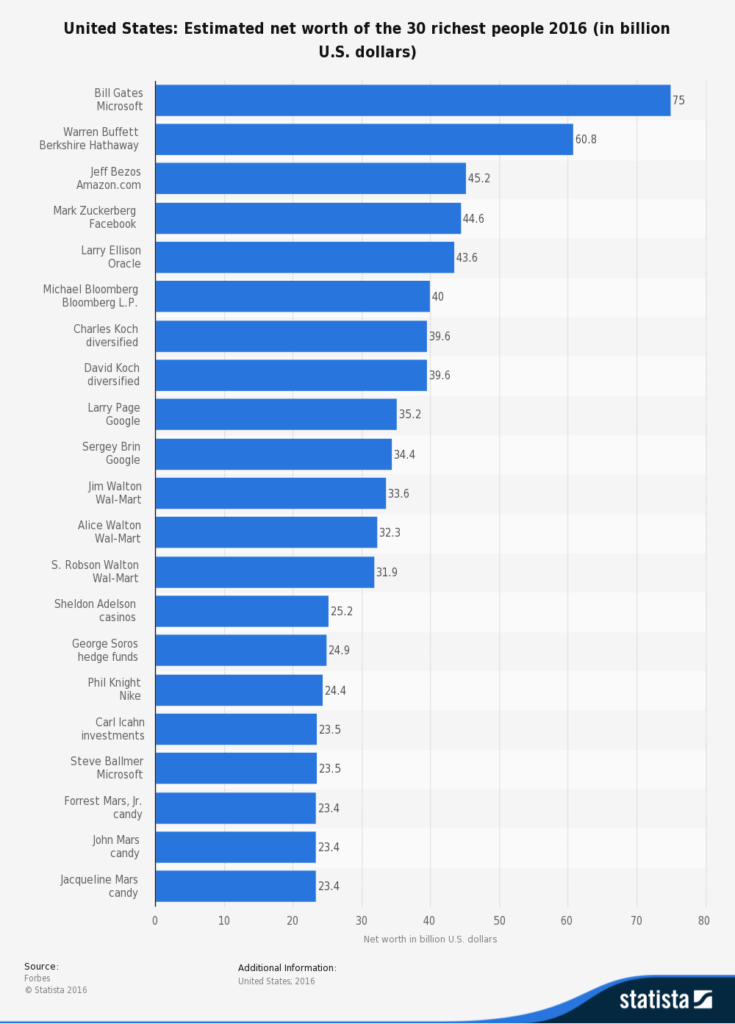 This response requires consideration. After all, these are very rich people. They employ many, many among the People. And if they choose, the very rich—though they be very few—can withhold a good deal of money, services, and so on from the People—though these be very many. In fact, that may be going on already…

Further consideration, however, shows that the rich are entirely helpless without the People doing their bidding. Not just the cooking, and the butlering, and the chauffering, and the caddying—but also the buying and the selling, the producing, the transporting, and all the rest. In fact, we the People have allowed the über-rich not only to profit from all of our labor, but to profit even from the buying and selling that we transact with each other. And we have done this because we have allowed the very wealthy to make our laws and to govern our country.

Even by doing nothing, the rich get richer and richer. And while doing all that work, the People get poorer and poorer. Certainly, humanity engages in a most curious, self-defeating arrangement…

Without the People doing the producing, and the carrying, and the selling, and the building, and the guarding, and the cleaning, and the repairing—well, without us doing all of these things, the rich would not eat high off the hog, nor play much golf. Well, truth be told, they would no longer be rich.

For the labor of the many creates the wealth of the few. The rich counter: Their smarts and energy in purloining from the People have rendered them wealthy. While the rich may suffer no ethical remorse in such activities, according to every argument it is clear that their wealth depends upon the labors of others.

Now, a general strike by the People may not be a good idea, for then all lose and all starve. The general withholding of employment by the wealthy amounts to much the same thing: standstill. That is an idle threat, good in the breech, temporarily useful to instill fear into those who do not realize their own power, and most effective against those who have the least.

And what is the power of the People? Simply look around. It is in one another. It lies in our numbers. Look about at the multitudes who are slaving away, receiving puny wages, sweating year-in and year-out, serving a few rich people for a pittance, and giving them the fruits of our labor. Why work for the rich at all?

The answer is clear: Let the People work for one another! Let us retain the fruits of our labor.

This only seems fair. The People keep the fruits of their labor and bequeath those same fruits upon one another. Win-win. Who needs the super-wealthy? Are they not the cancer of our world, a cancer that should be excised? To exist, the rich need the poor, and they need that many of us be poor. To be happy, however, the People have no need of the rich. For who needs those who take without giving? Who needs those who rule without sharing?

Once the People have the 500 richest all in one room, they can say to them: “We are constructing a system that serves us fairly. If you wish to have a share in the People’s labor, then present your argument now.”

“Otherwise, you may wish to seek gainful employment.” 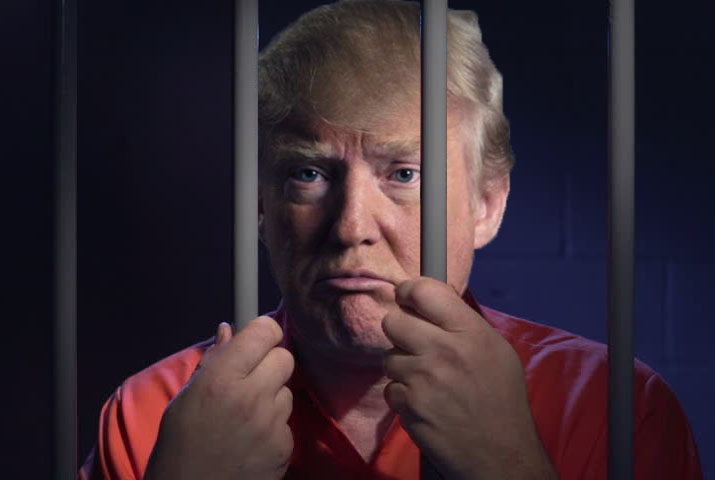 The People have places for purloins called “prisons.”

Now, if the objects of our present attentions—namely, the super-wealthy—decline the People’s earnest invitation to meet at a certain time and place, and if those very rich persons choose, on the contrary, to make themselves scarce—that is, to vacate their gilded residences or perhaps even to flee this excellent country that has provided so much to them—then the People should await their return where they can be expected, namely, at their primary domiciles, assuming the care and management of such facilities in the interim, until the wealthy arrive to negotiate with the People a fitting role in society.

And to defray the immeasurable trouble and expense which the wealthy have visited upon the People thus far, the latter may elect to repossess all the assets of the wealthy in these United States, as token indemnity.

In the event, however, that some among the rich never return, and elect to separate themselves permanently from their beloved wealth, the People shall shoulder the responsibilities of distributing those vast assets where they are most needed, among those standing in the cold at street corners, among those at soup kitchens, among those deprived of health, employment, or shelter. But if one or more among the rich chooses to return and reunite himself with his vast wealth, let him meet with the People and argue that his futile pleasures rank higher than the needs and the real and present sufferings of millions.

Pursuant to the foregoing, I am replying to my good friends with the suggestion that the People of these United States draw up a list of this country’s wealthiest citizens—including name, estimated fortune, and address of principle residence—with the view toward assembling those worthies soon at a time and place of the People’s choosing.

René Salm (esq.)
for the People of the United States
Eugene, Oregon
January 6, 2017