It is easy to become wearied of the many sects and names that populate the history of religion. This and the next post mention the Therapeutae, Mandaism, Falasha, Zoroastrianism, Manichaeism, Gnosticism, Buddhism… Yet, I maintain that different times and places often had different names for the same thing—in this case, for the path to the knowledge of life (literally, Manda d’Haije in Mandaic). I advise the reader to focus on the unity of underlying doctrine and outlook, rather than on the quite misleading plethora of names. In this way, s/he will better appreciate Dr. Detering’s bold attempt to build a cross-cultural and cross-religious bridge between East and West, one based on an examination of the Exodus, of ‘crossing over,’ and of reaching ‘the other side.’

For the historian of religion, the nature and expression of belief are more important than sectarian names.
—R. Reitzenstein, Die Vorgeshichte der Christlichen Taufe (1929:258) 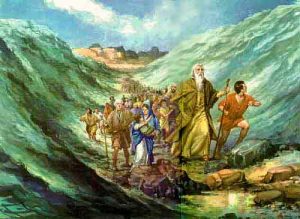 The lengthy first section of Detering’s paper, under the rubric “The Gnostic View of the Exodus,” extends to twelve pages. This part of his paper is ground-breaking, for scholarship has heretofore hardly cared about how the Gnostics viewed the Exodus. For Detering, however, the issue is critical. He argues not only that the Exodus motif was central to Gnostic thought, but also that it was central to the emergence of Christianity. For Detering, it all has to do with the concept of “crossing over.”

In order, Detering reviews how the Exodus was viewed by: the Therapeutae, Simon Magus, the Peratae, the Naasenes, The Testimony of Truth (NHL IX.3), The Gospel of Truth (NHL I.3), the Odes of Solomon, and the Mandean Book of John. In this and the next post, we consider a possible lynchpin between East and West: the enigmatic ‘sect’ of Therapeutae.

The Therapeutae—Pt. 1
Summary of the evidence

The group considered itself “the people at the Red Sea.” It understood, in the passage across that body of water, the great mystery itself: the passage from death to life. From Philo’s description (our only surviving source) we know that the Therapeutae re-enacted the passage across the sea in overnight singing and dance (De Vita, 83 ff). Philo’s passage reads:

(85) Then, when each chorus of the men and each chorus of the women has feasted separately by itself, like persons in the bacchanalian revels, drinking the pure wine of the love of God, they join together, and the two become one chorus, an imitation of that one which, in old time, was established by the Red Sea, on account of the wondrous works which were displayed there; (86) for, by the commandment of God, the sea became to one party the cause of safety, and to the other that of utter destruction; for it being burst asunder, and dragged back by a violent reflux, and being built up on each side as if there were a solid wall, the space in the midst was widened, and cut into a level and dry road, along which the people passed over to the opposite land, being conducted onwards to higher ground; then, when the sea returned and ran back to its former channel, and was poured out from both sides, on what had just before been dry ground, those of the enemy who pursued were overwhelmed and perished.
(86) When the Israelites saw and experienced this great miracle, which was an event beyond all description, beyond all imagination, and beyond all hope, both men and women together, under the influence of divine inspiration, becoming all on chorus, sang hymns of thanksgiving to God the Savior, Moses the prophet leading the men, and Miriam the prophetess leading the women.

Philo goes on to show how the Therapeutae, in their singing, re-enacted the exhilarated song of the Israelites after having crossed over.

Both Eusebius and Epiphanius surprisingly considered the Therapeutae to be early Christians. In fact, that view was not challenged until well into the 19th century. More recently, however, the view that the Therapeutae were once looked upon as early Christians has been something of an embarrassment and generally ignored by scholarship.

The reason is clear: if the Therapeutae had anything to do with Christianity, then the entire chronology of Christian beginnings is immediately in jeopardy. After all, if Jesus died c. 33 CE, then how could Philo (d. ca. 50 CE) write about a sect of Alexandrian Christians already contemporary with Jesus? Paul had not yet written his letters, and the Gospel of Mark was still well in the future. Moreover, for Philo, the Therapeutae are no Johnnies-come-lately. He already found them “in many places” (point i below), including in “every one of the districts [of Egypt], or nomi as they are called” (Vita 21).

Hence, scholars simply assume that Eusebius and Epiphanius were mistaken—the Therapeutae were obviously not Christians! The alternative is unthinkable and forces us to accept that Christian chronology is wrong. Jesus did not die c. 33 CE. And the most provocative allegation of all: The ‘Christian’ movement already predated the turn of the era by several generations. All these problems disappear if one proposes (as I do) that the true founder of Christianity was Yeshu ha-Notsri (crucified c. 75 BCE). Of course, scholars, Bible-thumpers, and pastors worldwide won’t go there.

But we must go there. Dating Christian beginnings several generations earlier accommodates the data, pure and simple. It accommodates Philo’s ‘Christian’ Therapeutae, and also other anomalies in the literature: Epiphanius’ view that the sect of the Nasarenes was “pre-Christian” (Pan. 18), R. Bultman’s view that the Mandeans were “pre-Christian,” and R. Reitzenstein’s argument that Philo’s view of baptism depends already on the practice of the Mandeans (Die Vorgeschichte Der Christlichen Taufe, 1929:105) and that, hence, the Mandeans were pre-Christian. (Were the Mandeans, in fact, the Nasarenes of Epiphanius? Hmmm…)

Given that a theory is supposed to accommodate as much data as possible, then an earlier beginning to Christianity must now be seriously considered. Unfortunately, in order to accept such an earlier chronology, one must: (1) reject the historicity of Jesus of Nazareth; and (2) look upon the canonical gospels as fabulous, or even as fables.

What do we know about the Therapeutae?

Philo’s description of the Therapeutae has given rise to all sorts of theories—they were Christians, they were Jews, they were both, they were neither, and now (Detering) they were “Jewish Buddhists.” One would think there would be more agreement, given that Philo wrote only nine pages (in Yonge’s translation) on the sect—and two of those pages (sections 40–64) are a rambling excursus on the debauched eating habits of “others… full of trifling and folly.” The following is what Philo actually tells us about the Therapeutae:

Characteristics of the Therapeutae

(a) they are meditative (given to the “speculative life”)
(b) they are healers of both body and soul
(c) they serve a “living” God who is “superior to the good, and more simple than the one, and more ancient than the unit” [Vita 2]
(d) they are free from passion, and hence “completely happy” [6] 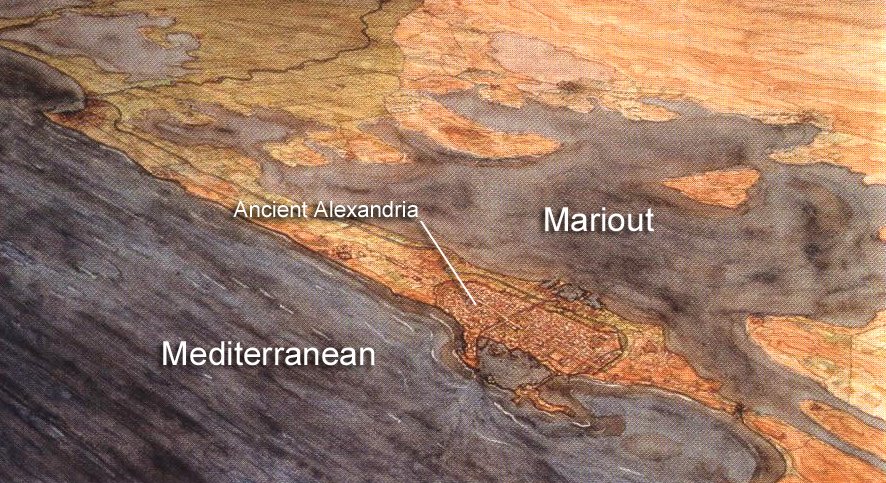 (e) they are trained in insight, “being continually taught to see without interruption, [they] may well aim at obtaining a sight of the living God” [11]
(f) they are ecstatics, “give way to enthusiasm, behaving like so many revellers in bacchanalian or corybantian mysteries, until they see the object which they have been earnestly desiring” [11]
(g) they think “that their mortal life has already come to an end” [This is ‘realized eschatology’–RS]
(h) they “leave their possessions to their sons and daughters” [13] and consider that “an undue care for money and wealth causes great waste of time” [15]
(i) they are found “in many places,” but principally around Alexandria in Egypt [21]
(j) they “study the laws and the sacred oracles of God… by reason” [25]
(k) they are pure “even in their dreams” and speak oracles even in sleep [26]
(l) the outward senses and world (= materiality) mean nothing to them [26]
(m) they meditate on the scriptures and “unfold and explain the symbols, bringing the secret meaning naked to the light” [28, 78]; yet they also “explain with minute accuracy the precise meaning of the laws” [31]
(n) they possess writings “of ancient men” [29]
(o) they are in seclusion for six days, and come together on the seventh day [30]
(p) they are both men and women [32]
(q) they are given to fasting [32]; “they eat only so far as not to be hungry, and they drink just enough to escape from thirst, avoiding all satiety as an enemy of and a plotter against both soul and body” [37. This is very Buddhist.–RS]
(r) they abjure ornaments, and wear simple clothing “just stout enough to ward off cold and heat” [38. Also very Buddhist.–RS]
(s) they are particularly concerned with truth and falsehood [39]
(t) their great feast is on the fiftieth day, when they come together wearing white garments and celebrate the sacred festival during the whole night [65, 66, 83]
(u) in hierarchy, “they do not look on those as elders who are advanced in years and very ancient, but in some cases they esteem those as very young men” [67]
(v) they esteem chastity and their women are virgins “out of an admiration for and love of wisdom” and “hating the allurements of pleasure with all their might” (68-69) [This reveals the essence of encratism, i.e., the belief that pleasures and understanding are mutually incompatible.–RS]
(w) they reject wine (“the medicine of folly”) and meat [73]

Parallels between the Therapeutae and normative Christianity. Comparison of the above list with New Testament/Pauline Christianity reveals surprisingly little overlap. One can, of course, point to vacuous commonalities, such as that the Therapeutae are “both men and women” (p), and they are found “in many places” (i). Nor is point (c) particularly revealing: though Johannine christology presents the pre-existant Logos of God, Philo intimates that the conception of the Therapeutae goes beyond good and evil (“superior to the good”)—a rather different issue that transcends the concept of a “good God.” Also, the word “living” was code for “true, authentic” in gnosticism and may apply here. For example, the “living” water of Mandean writings refers to the flowing or “true” (read: spiritual) Jordan, that is, gnosis.

One might suppose that point (h) offers a parallel with early Christianity, but it too is not close. At Acts 2:45–46 we read that “All who believed were together and had all things in common; they would sell their possessions and goods and distribute the proceeds to all, as any had need.” Philo, however, tells us that the Therapeutae “leave their possessions to their sons and daughters” and consider that “an undue care for money and wealth causes great waste of time” [13, 15].

Point (f) above may offer a possible parallel with evangelicalism in New Testament Christianity. Paul mentions ecstatics several times, i.e., those who “speak in tongues” and who “prophesy” (1 Cor 13:8 & pars). But the resemblance is not close, for Philo describes not those who engage in prophecy but those who revel. Philo’s language (until they “see” the awaited “object”) almost suggests induced hallucination. It reminds one of later Sufi whirling, undertaken to reach “the source of all perfection, or kemal.” Yet point (f) conflicts with the sober and meditative tone of Philo’s other descriptions. We can perhaps reconcile this contradiction by supposing that a special catharsis via movement and singing occurred among the Therapeutae at a great communal celebration each fifty days.

Parallels between the Therapeutae and heterodox Christianity. Certain characteristics of the Therapeutae are strongly evocative of Jewish Christian sectarianism, most especially (q) “given to fasting”; (v) esteeming chastity; and (w) rejection of wine and meat. What we know about James the Just encompasses all of these (Eusebius, H.E. II 23.4 f). According to Epiphanius, the Ebionites and the Nasarenes (pre-Christian followers of Jesus) were vegetarian, and the Ebionites “honored virginity on account of James” (Pan 30.2.6). Also, point (g) is “realized eschatology,” espoused by the Cerinthians and by some Gnostic writings in the Nag Hammadi corpus.

In the next post we consider the astonishingly large number
of parallels between the Therapeutae and Buddhism.—R.S.