The Therapeutae—Pt. 3
Passover and Pentecost

Normative Judaism and Christianity view the Exodus—traditionally commemorated by Jews at Passover—as a formative historical event in the distant past. However, one of the principal revelations of Dr. Detering in his article under discussion is that the Christian Gnostics of late antiquity viewed the Exodus as a spiritual ‘crossing over to the other side’—an inner transformation. Interestingly, this latter view was also known to mainline Christians, particularly in Alexandria:

At the end of the second century in Alexandria, however, we encounter a somewhat different understanding of the feast [of Passover], one that focused upon “passage” rather than “passion”—the passage from death to life. Clement of Alexandria describes the Passover as humanity’s passage “from all trouble and all objects of sense”…  The same combination of themes can be seen in Didymus of Alexandria: “When the spiritual spring arrives and the month of the first fruits is at hand, we keep the Crossing-Feast, called in the Hebrew tongue Pascha”… (P. Bradshaw in Passover and Easter, 1999:83).

And here is what Melito, Bishop of Sardis wrote in the late second century CE: 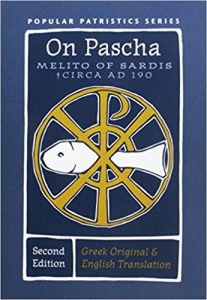 It is he [Jesus] that clothed death with shame
and stood the devil in grief
as Moses did Pharaoh.
It is he that struck down crime
and made injustice childless
as Moses did Egypt.
It is he that delivered us from slavery to liberty,
from darkness to light,
from death to life,
from tyranny to eternal royalty,
and made us a new priesthood
and an eternal people personal to him.
He is the Pascha of our salvation.
(S. Hall translation, Melito on Pascha, 1979:37, emphasis added.)

The view of Passover as marking the passage from darkness to light is found even in Jewish thought, as in a rabbinic Haggadah on the Passover: “He [Yahweh] has brought us forth from darkness to bright light” (I. Yuval, in Passover and Easter I:101). 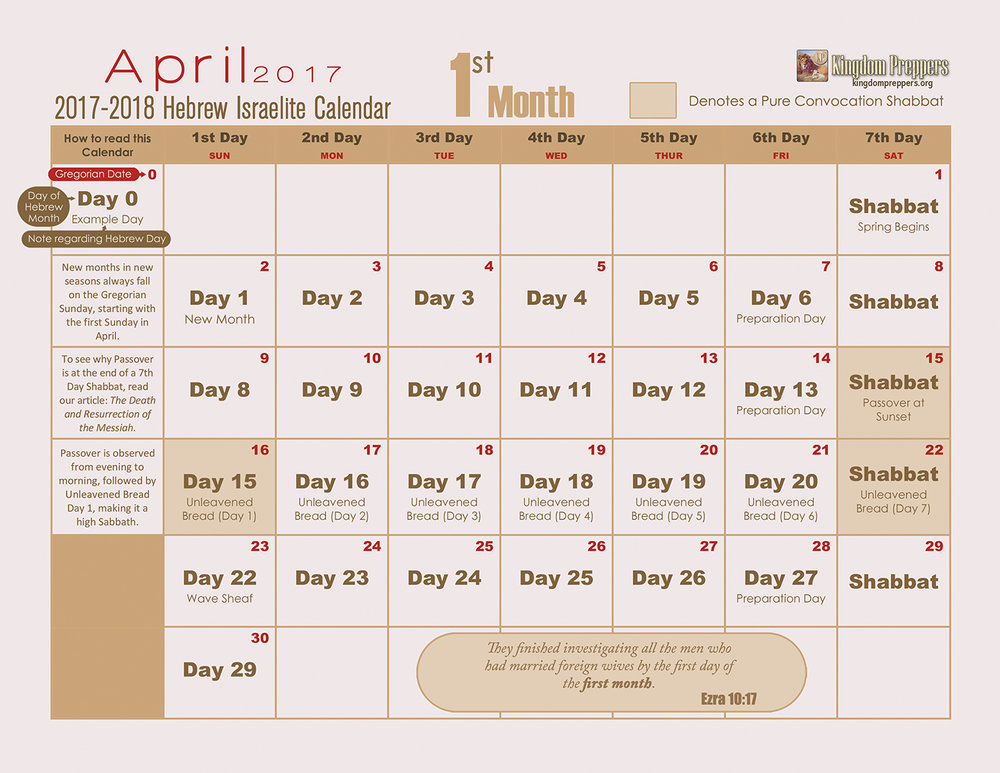 Passover is more than a single day’s celebration. It begins at the first full moon in spring and includes a seven day Feast of Unleavened Bread. Whenever the moon enters into discussion the number seven is not far behind, for the month naturally divides into four periods of seven days (with a small—and inconvenient—remainder). As discussed in a prior post, the moon was anciently the ‘king’ of the gods. From the dawn of history seven has been a sacred number linked to the moon’s phases, a number that compounds into the divine month of 28 days (plus 2–3 days of darkness), and by which the month is divisible.

Also, seven is commonly the number of perfection, while six is the number of imperfection and evil. According to one Gnostic tractate found at Nag Hammadi, “the sixth is envy… the seventh is understanding”, and “The sixth one is Cain… The seventh is Abel” (the Apocryphon of John 12:23 & 10:35). Another tractate reads: “And when [Chaos] was angry, he begot Death from his own death. It was set up over the sixth heaven. Sabaoth was snatched away from that place. And thus the number of the six authorities of Chaos was completed” (On the Origin of the World, 106).

Six was also the number of preparation, seven the number of completion. In Philo’s account, the Therapeutae prepare for six days and come together on the seventh:

Therefore, during six days, each of these individuals, retiring into solitude by himself, philosophies by himself in one of the places called monasteries, never going outside the threshold of the outer court, and indeed never even looking out.
But on the seventh day they all come together as if to meet in a sacred assembly… (Vita 30)

In some Gnostic texts the preparation for gnosis takes ‘six days,’ while the great and life-changing spiritual transformation takes place on the seventh day. More precisely, it takes place during the night that gives birth to the seventh day. We see this, for example, in the Secret Gospel of Mark:

And after six days Jesus told him what to do and in the evening the youth comes to him, wearing a linen cloth over his naked body. And he remained with him that night, for Jesus taught him the mystery of the Kingdom of God. And thence, arising, he returned to the other side of the Jordan.

The proselyte in this Secret Mark passage is like a newborn babe, born on the seventh day. This conception seems related to a saying in the Gospel of Thomas:

Jesus says: “Let the old man heavy with days not hesitate to ask the little child of seven days about the place of life, and he will live. (GTh 4a).

It should not escape us that the great celebration among the Therapeutae occurs during the night “at the end of seven weeks” (Vita 65, 83)—that is, on the seventh night of the seventh week. 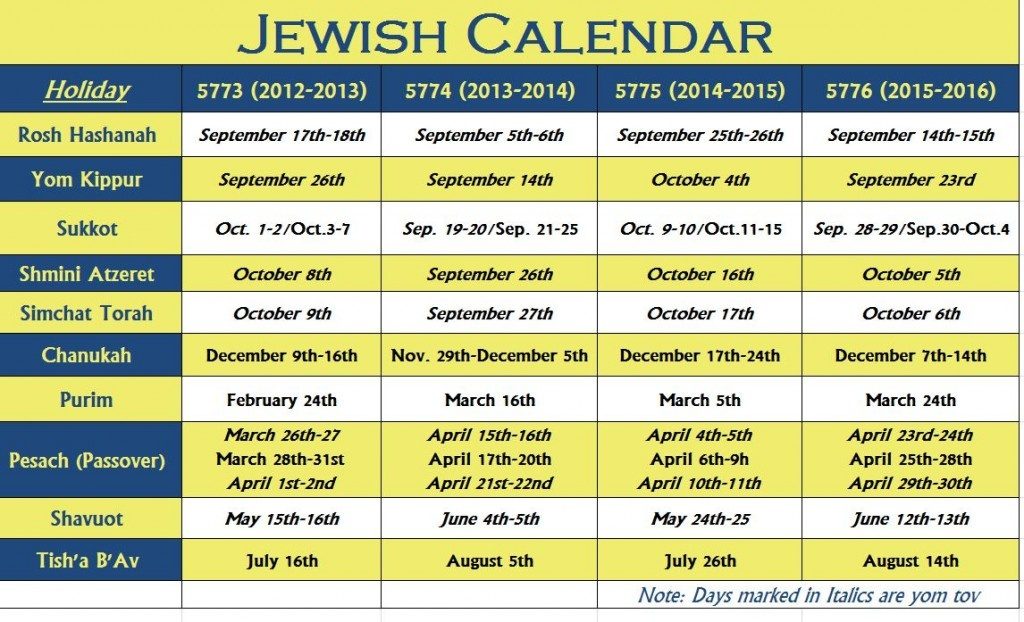 The Jewish year traditionally begins in the Fall but, long ago, the agricultural year universally began in the Spring (the Jewish month of Nisan, which corresponds to our March–April). The fact that the first full moon of the agricultural year also marks the Passover celebration suggests that the Jewish feast is secondary to a very ancient agricultural and lunar celebration, one that celebrated the conquest of darkness by the moon’s light—in gnostic terms, the passage from ignorance to understanding. After all, the full moon was the symbol, par excellence, of light conquering darkness. Of course, such a gnostic view of life was palatable neither to Judaism nor to Christianity. In both these religions the lunar feast was adopted but the gnostic meaning was masked by new dogma: (1) God acted in history to save the Israelites (the Jewish Passover); and (2) God acted in history to save the world through His Son’s resurrection (the Christian Easter).

The Therapeutae may also have viewed the Exodus as an inner, spiritual ‘crossing over.’ In this, they would be echoing the sentiment of Gnostics in late antiquity, and also of Clement of Alexandria noted at the beginning of this post. Yet Philo supplies an interesting element of the Therapeutic celebration, one that separates it from Passover: it occurred in an all-night vigil, one accompanied by song and dance, fifty days after Passover:

In the first place, these men assemble at the end of seven weeks, venerating not only the simple week of seven days, but also its multiplied power…

And after the feast they celebrate the sacred festival during the whole night… (Vita 65, 83)

The Therapeutic celebration on the eve of the fiftieth day coincides with the Jewish Feast of Weeks (Shavuot), and with the Christian feast of Pentecost, which take place in late spring fifty (7 x 7 + 1) days after Passover. The entire period of fifty days leading up to Shavuot (known in Judaism as the S’firat Ha’omer season) is poorly understood: “It is hard to imagine a set of scholarly problems more complex than those occasioned by the S’firat Ha’omer season. The various biblical accounts regarding this interval display a maddening lack of clarity, which in turn, lead to multiple traditions concerning the exact date when Shavuot should be celebrated” (E. Zohar, in Passover and Easter I, 1999:71). When one encounters such confusion, one can suspect: (a) a foreign origin has been poorly or incompletely integrated into religious tradition; and/or (b) an attempt has been made to cover up or change some foreign element, one that threatens a priesthood and the indigenous religious outlook. I suggest the latter: an ancient lunar and gnostic celebration has been imperfectly assimilated into both Judaism and Christianity.

Both Passover and Shavuot coincided with agricultural celebrations (the first fruits and the wheat harvest), but different traditions within Judaism had different ways of calculating the 50-day interval between them. In the Book of Jubilees—which is much interested in calendrical issues—the Shavuot/Feast of Weeks “is precisely dated to the fifteenth day of the third month” (S. Park, Pentecost and Sinai, 2008:243). That would also be a full moon day. Hence the entire first part of the year was once bracketed by two great feasts, each marking a full moon and separated by a period of seven sabbaths (eight sabbaths if we count from the beginning of the week-long Passover celebration). In any case, all this supports the view that, at an early time, man’s sacred year and affairs were ordered according to the lunar cycle. This, in turn, lends support to the theory that man’s early religious impulses had everything to do with light conquering darkness—that they were proto-gnostic. 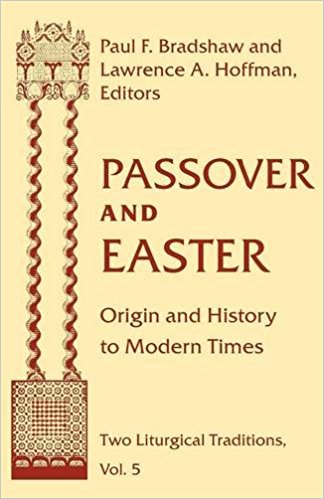 According to Paul Bradshaw, Jewish tradition expected the coming of the messiah to be at Passover. Furthermore, some Jews observed a vigil at Passover—during which they meditated on the Exodus story:

The [Passover] Haggadah speaks of five Rabbis meeting for a seder at B’nei Brak. All night long they relate the Exodus story, until at last their disciples interrupt to remind them that the time for morning prayer has arrived. (Bradshaw 85, 100).

The early Christians extended the Jewish Passover meal “into a vigil during the night, so that their celebration of the feast with a eucharistic meal only began at cockcrow—i.e., around 3 a.m.—after the Jewish festivities were over.” Christians, however, substituted meditation on the passion of Jesus for meditation on the Exodus. Furthermore, baptism at cockcrow after the all-night vigil was evidently practiced among early Christians. In a related vein, Bradshaw writes:

… It seems likely that [this choice] has its roots in watching and waiting for the predicted return of Christ to complete his work of redemption… The Sunday celebration by other Christians also included a preceding day of fasting and a night vigil culminating in the celebration of the eucharist.
… Christians in Egypt and Syria went even further and created six days of fasting from Monday until the end of the Saturday night vigil. Dionysius of Alexandria in the third century is familiar with a fast of this duration, and the Syrian church order known as the Didascalia Apostolorum from the same period gives a detailed explanation of a similar practice.
… One other element in the vigil deserves being mentioned here because of the important part it would play in later tradition: the lighting of the paschal candle. By the fourth century, daily evening worship throughout the year in many places began with a ceremonial lighting of the evening lamp, in which were recalled the gifts of the natural light of the day, the lamps to illminate the night, and above all the light of Christ. (Bradshaw 85, 86, 90)

The “light of Christ” at midnight recalls Mt. 25:1 ff. However, because we are speaking of a full moon celebration at Passover, it can be argued that “the light of Christ” is simply a more recent interpretation of the self-generated light of the full moon—gnosis.