Dr. Detering’s views rendered him a pariah as regards the New Testament guild. This applies mostly, of course, to Europe, where he never held an academic position nor published in any significant academic press. Detering reached out to contacts across the Atlantic beginning about the turn of the millennium. He was a valued and repeat contributor to Dr. Robert Price’s ‘out of the mainstream’ Journal of Higher Criticism. Other scholars, including myself, subsequently translated, promoted, and published his work this side of the Atlantic.

The last email I received from Hermann (my translation, dated September 26, 2018) reads as follows:

I have been yet again in hospital. Unfortunately, the prognosis is not very good. Evidently, the immunotherapy had an effect precisely contrary to that desired: it hastened the spread of the metastases. The coming weeks will decide the matter…

Your “Commentary” to my text has itself become a very fascinating opus. Why don’t you publish it in its entirety as a book? In the event that you don’t find a publisher—a common enough problem with such specialized endeavors—self-publishing costs nothing except work. You could add my essay as the first part of the book, to be followed by your commentary—thus, a synergistic dual production.

[SW’s] English translation is not the non plus ultra. He certainly would not be opposed were you to rework the translation again. I doubt greatly that he will revisit the task himself. He wanted to revise his translation on the basis of your recommendations anyway, but I fear nothing will come of it.

That would be my recommendation. But you must decide for yourself. I personally have no reservations in this regard. But I would also understand if you have other priorities at this time. Yet it would be a pity to leave our various articles [on Buddhism and Christianity] strewn about the Internet.

This occurred to me when I considered the time I have left. You see, I can go on for awhile, but I have no assurance for how long. I’ve now completed the third part regarding the Indic elements in Basilides’ thought. I would dearly love to continue with a consideration of their impact on early Christian literature—the Gospel of John, Colossians, Ephesians, and perhaps a few others where Buddhist influence is quite evident [wo der buddhistische Einfluss am Tage liegt].

Don’t misunderstand me: despite everything, I have not given up. Pathetic though it may be, the fight goes on. 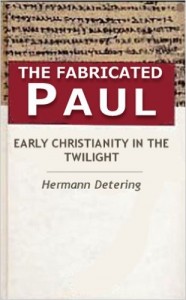 Above we read that Dr. Detering had completed the third and last part of his study on “the Indic elements in Basilides’ thought.” However, it is not on his website. If any reader of these lines possesses a copy, please let me know. (The first two portions of that significant study, in a basic English translation, are here and here. The German is here and here.)

As regards Hermann’s suggestion that I produce a book in English containing both his original article in translation and the commentary, I address that point in my email response (sent at the end of September):

I am so sorry to hear the latest news regarding the cancer. Words escape me. I am thinking of you in the coming weeks.

About your fine idea to self-publish a combination: your article + my commentary… It is a good idea. But I cannot promise anything. For the last two months I have been quietly ‘leaving’ the field of religious studies. It is not apparent to readers of my blog, but those posts were all written months ago. I publish them online, but my head is already deep into music. I am starting a small music publishing company (www.laureatemusic.com). It will take ALL my energies… The first edition (Children’s Pieces) comes from the printer in October. I would like to send you a copy, because I know how much you like music. You and I also share a deep reverence for J. S. Bach. My second edition (“Preludes and Inventions”) is a tribute to him. It comes from the printer in November, if not sooner.

I have gone through my library and have started selling (or giving away) about half the religious studies books. I am keeping only the basics. The commentary series has only 2 or 3 more posts. Then I would like to have a few posts on the Gospel of Barnabas. Then, on to music, with only an occasional post in religion perhaps.

It is a big change for me, but at age 66, music calls before it is too late.

At this juncture, I consider it unlikely that the proposed book Hermann alludes to will in fact appear. After all, my extensive commentary already exists in English (on this site), and Detering published his German article in book form during the last year of his life. However, let me say this: if one or more readers steps forward and would like to take charge of the project—formatting and book production (online, POD, and/or hardcopy)—then please let me know. I would be willing to translate Detering’s article anew for such a project. The publication would represent a powerful statement in English arguing for a deep link between Buddhism and Christianity. It would also highlight the pivotal role of the Therapeutae and the gnostic substratum underpinning early Christianity. (For more information regarding links between Buddhism and Christianity on this site, enter the terms ‘Ashoka,’ ‘Therapeutae,’ and ‘Buddhism’ in the search box at top right.) 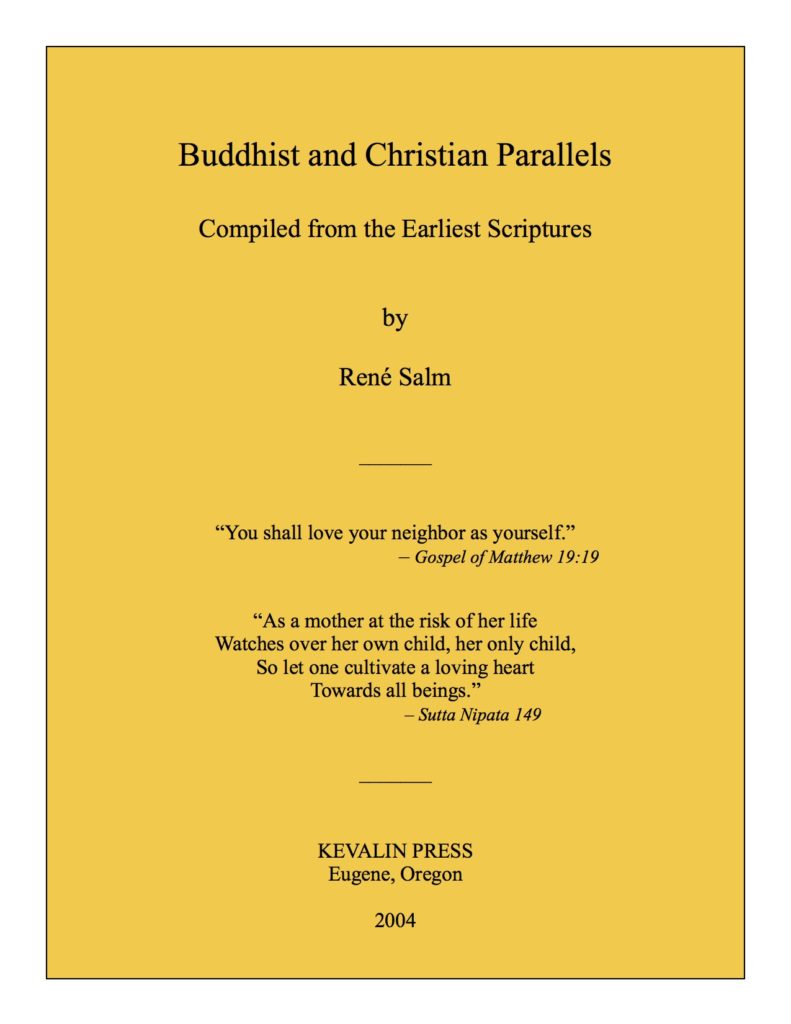 One also wonders how long Dr. Detering’s website will remain online. It would be a real misfortune for all those articles to simply disappear in the next year or so. I will consider devoting an ‘area’ of this website towards the preservation of his online work, importing PDFs and other pertinent matter as able.

For those who read German, Dr. Hermann Detering’s website is still online as of this writing. He reviews his own scholarly career here. He thoughtfully collected his online articles that have been translated into English here.

It is unlikely Dr. Detering’s memory will evade the deep obscurity that soon engulfs able thinkers who challenge the mainstream. History, however, is slowly moving in his direction, as the Church becomes increasingly irrelevant and as irrepressible voices in academia sound the alarm that ‘something is very rotten in Denmark.’ Forgotten for a time, Detering’s work will surely endure like so many pillars in a raging river, defying waters to left and right. Eventually, the mainstream—both in Europe and the U.S.—will become cognizant of those pillars in its midst and will address some fundamental issues that Detering foresaw quite plainly: the second century dating of the gospels, the simultaneous ‘late’ birth of Christianity, Jesus and Paul as mythical figures, the gnostic Basilides and Therapeutae as early “Jewish Buddhists” and, last but not least, the Buddhist origins of Christianity.—René Salm