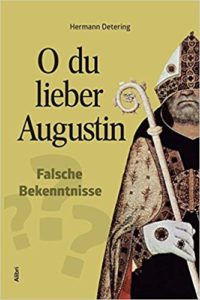 2015. Publication of Detering’s book, O du lieber Augustin—Falsche Bekenntnisse? The title is a double pun in German. “O du lieber Augustin” [“O you dear Augustine”] is an iconic children’s tune dating from the late Middle Ages. It has nothing to do with St. Augustine but originated when the plague ravaged Vienna (see here). The second part of the book’s title can be translated “False Confessions?” This is a pun on Augustine’s famous tome, which is appropriate for in his book Detering argues that Augustine never wrote the Confessions–it is a medieval forgery by the hand of Anselm of Canterbury. From the back cover:

Augustine (354-430) was arguably the most important Church Father and most influential Catholic philosopher of late antiquity. His autobiographical Confessions belong to world literature. Hermann Detering now calls the authenticity of Augustine’s Confessions into question. Scholars have long noted that the style of the Confessions differs substantially from the style of Augustine’s other writings. Beginning from this thread, Detering examines the text carefully, compares it with Augustine’s other writings, and comes to the conclusion that the Confessions are a forgery dating to the Middle Ages. The bold author is eminently factual, and his reconstruction of the text’s genesis throws a bright light on medieval forgery in general.

Detering’s radical proposal of medieval forgery is entirely unknown to the English speaking world. In Germany his view is barely noted in the German Wikipedia and uniformly ignored. As usual, the severe marginalization that accompanies so much of Detering’s incisive work has nothing to do with the argument—which in this case is characteristically fact-based, thorough, and level-headed—but of course with the argument’s threat to orthodoxy. 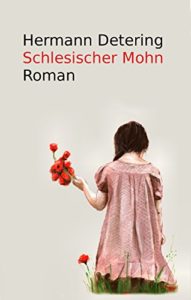 2016. Detering writes Schlesischer Mohn (“Silesian Poppy”), a 600-page family biography in the form of a historical novel. (Silesia is the easternmost province of Germany [formerly East Germany] bordering Poland.) From the dust jacket:

After 30+ years occupying myself with Jesus, Pauline studies, and theological questions, I now have the occasion to address an entirely different sort of history: that of my grandfather Ernst-August, who as a Communist perished at Auschwitz in 1942. The story also deals with my forebears on my mother’s side. It is high time, for the witnesses are now old, many having already passed away. Not everything in this book is historical—after all, here is a novel whose goal is also to entertain…

2016. “Bedford-Strohm, Marx und das Kreuz mit der klaren Kante.” This is one of the many posts Detering uploaded to his website. I include it here because it shows Detering’s growing concern regarding the recent influx of refugees into Europe, mostly moslem, a situation Detering considered a crisis. He touches on the difficulty many refugees have assimilating/integrating, how Islam rejects the theology of the cross (which it claims is late and goes back to Paul), links between Islamic and Ebionite theology, and how the latter is already “halfway to Islam.” (Comment: This links up with my own work, still unpublished, regarding the long and entirely ignored Gospel of Barnabas. My view is that this vitally important gospel has roots going back to earliest Christianity. It portrays the Ebionite view of Jesus as mere man, contains many ‘authentic’ and otherwise unknown sayings and parables, and also contains later medieval moslem additions.—RS) 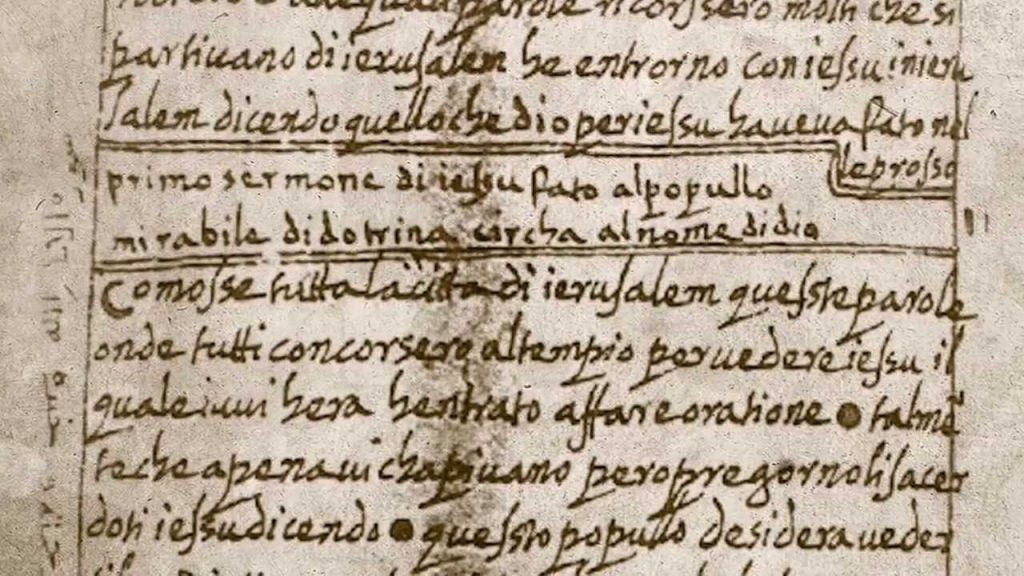 2016. Noch einmal: das Kreuz mit der Kante. (“Once again: The cross and the gilding.”) This post by Detering addresses a question many had during his lifetime and others will have in the future regarding the scholar and the man. Detering recognizes the inability of many to separate criticism of Christianity’s beginnings, on the one hand, from Christian praxis, on the other: “Whoever is acquainted with my books and the posts on my website knows that I see no contradiction between the radical criticism of the New Testament—one that examines the roots of Christian history—and Christian faith and praxis. Were it otherwise, I would never have been able to engage in my career [as a pastor].”