I am indebted to Mr. Klaus Schilling for bringing to my attention a 1980 article by the French scholar, A. Dupont-Sommer, on the influence of Buddhism on Essenism. This article is included here as part of the ongoing discussion—promoted by the late Dr. H. Detering and by myself—concerning Buddhist influence on early Christianity. While that discussion has taken place for over a century in the perennial subfield known as “comparative religion” (see, e.g., Roy C. Amore), it has yet to be taken seriously in the more entrenched domains of Christian scholarship on the one hand, and Buddhist scholarship on the other. Here, however, we begin to tread old and forgotten pathways that ultimately link Christianity up with Buddhism. Readers familiar with early Christian history will recall that the apostle Thomas is reputed to have gone to India (where he proselytized and was martyred), and that Pantaenus (teacher of Clement of Alexandria) went to India, while Basilides (whom Dr. Detering suggested was the author of the Odes of Solomon) was greatly influenced by Buddhist thought. Such very early links between India and nascent Christianity can hardly be mere coincidence, though Christian tradition would have us quite ignore them…

[Note: I am starting a new section of this website entitled “Buddhism and Christianity” (see the lower menu at top of page). This article represents a contribution to what, I hope, will eventually grow to become flourishing avenues of investigation issuing from both ‘sides’ of the great East-West divide now separating Buddhism and Christianity. That divide, however, may be far more illusory than we presently imagine. In the article below the future beckons, and it is a global future.–RS]

[699] Most modern historians of Judaism are astonished at the peculiarities of the Essenes as described by Philo, by Josephus, and by Pliny the Elder. One question immediately arises: Should Essenism be seen as a purely Jewish sect, or was it influenced by extra-Jewish elements? Many answers have been offered. Here, we will review the most significant. 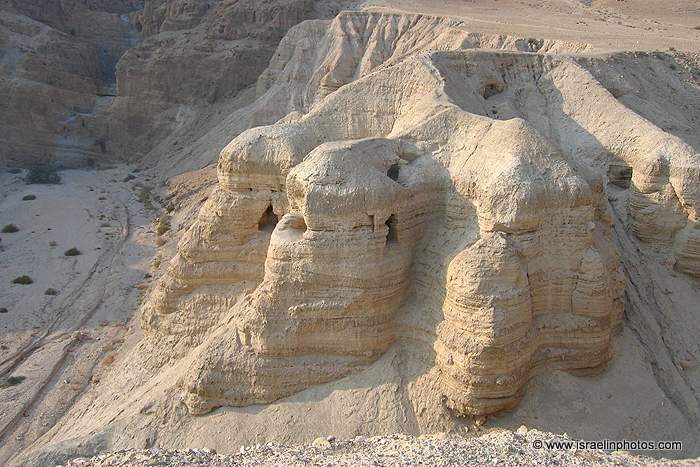 The major caves at Qumran

The vast majority of scholars today admit that Essenism presents so many traits strange to traditional Judaism that its origins must include a significant impetus from outside the Jewish orbit. For some researchers, that impetus lay in Pythagoreanism (F. C. Baur, Gfrörer, E. Zeller). Josephus himself pointed in this direction: “This race [of Essenes] practices the way of life that Pythagoras once taught the Greeks” (Ant XV, 4.371)…

[Dupont-Sommer goes on to mention scholars who see Essenism as: (a) little more than a form of Pharisaism, albeit a severe form that pushed Pharisaism to its logical limit; (b) as a sect of reformed Jewish priests (Ritsch); (c) as an Aaronide offshoot (Bestman); (d) as keepers of the ‘true’ Jewish covenant in opposition to the Jerusalem Temple (Lucius); and (e) as a school of Jewish apocalyptics who embraced asceticism in order to render themselves more worthy of divine revelation (Hilgenfeld). These various explanations did not satisfy a number of scholars. According to Friedländer and Conybeare, it was Alexandrian Hellenism that influenced the Essenes, while Wellhausen looked to Parseeism and Platonism. Cheyne, Bousset, W. Bauer and Hölscher suggested Iranian influence on the Essenes, while Hilgenfeld considered Buddhist influence, especially as regards the sect’s celibacy and community of goods. D-S returns to this last possibility, which is the theme of his present investigation.] 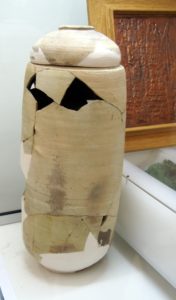 [704] … In the 19th century, a number of scholars pointed out some essential relationships between Essenism and Buddhism and investigated the prehistory of the communal religious life as it existed in the Essene community on the one hand and the Buddhist community on the other. Already some time ago (and before the discovery of the Dead Sea Scrolls) two scholars, Hilgenfeld and W. Bauer, noted a substantial resemblance between Buddhism and Essenism. In 1925, D. R. Bandarkar, a professor at the University of Calcutta, published a book entitled Asoka. He observed: “We read [in the accounts of Philo and Josephus] of the Essenes who represented a small Jewish monastic sect with foreign, semi-ascetic practices and who lived on the coast of the Dead Sea… The Essenes, it must be noted, existed before the advent of Christianity. Furthermore, a similar religious confraternity, namely the Therapeutae, lived in the vicinity of Alexandria and represented another branch of pre-Christian Judaism. Among the latter, we detect Buddhist influences in their precepts and mode of life. Thus, Buddhist influence on the religious landscape of Western Asia is clearly evident prior to the turn of the era. That influence is certainly traceable back to the zeal and missionary activities of Emperor Asoka in the West.” [Note: A six-part series on the Therapeutae and their relationship with Buddhism is on this website beginning here.–RS] 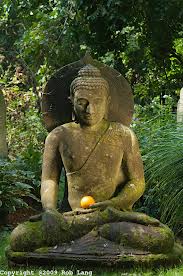 Let us recall some data regarding the Buddha. He was born about 563 BCE [This date is often disputed—RS] and bore the epithet Shakyamuni, i.e., “Sage of the Shakya Clan.” [Dupont Sommer now briefly reviews the received mythology concerning the Buddha’s life.—RS] In 534, at the age of 29, he abandoned his family and his palace. This was the “Great Renunciation.” A few years later, in 528, he spent seven weeks under the Bodhi [Skt. “Enlightenment”] tree and became the Buddha, the “Awakened One.” He then revisited five brahman teachers and monks with whom he had consorted during five or six years. These became the first members of the Buddhist monastic order, the Sangha. In turn, the five became missionaries spreading the good news, namely, the news that it is possible to escape from misery and from the dissatisfaction of life.

The Buddha taught for 45 years. At the age of 80, when his death was approaching, he enjoined his monks: “And now, brethren, I soon will take leave of you. Remember: all the elements of existence are transitory. Achieve your happiness with diligence”…

Buddhism was, and remains, one of the great religions of the world. Its history is very complex. Many Buddhist monasteries for both monks and nuns were established not long after the Buddha’s time. [Comment: In fact, it took a number of generations for the first monasteries to form, as the first stage of Buddhism was characterized by wandering solitaries (see the early Buddhist texts Sutta Nipata, Theragatha, and Therigatha). Nevertheless, Buddhist monasteries did exist by Emperor Ashoka’s time.—RS] The rule of these monastic communities was severe: poverty, chastity, obedience, and above all good will and extreme charity. The monks and nuns wore the saffron colored robe and shaved their heads. Those who wished to enter the order were required to follow a course of training. The novice was required to pass muster before the entire community. Once admitted, the penalty for grave sins was simple: expulsion from the order. Lesser faults were met with proportional penalties. [Consult the Patimokkha for the official rule of the Buddhist Community—RS] 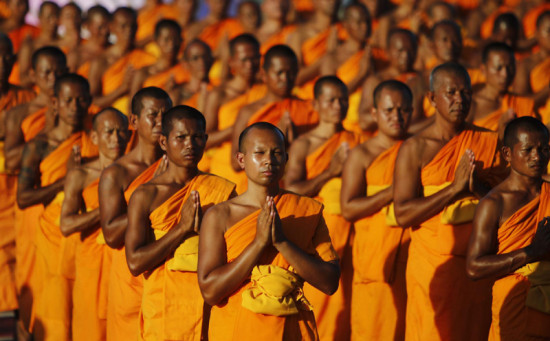 Buddhist monks, aspirers to enlightenment (“Gnosis”).
Note the folded hands in front, a gesture antedating Christianity
and deriving from Buddhism.