The scenario we are witnessing, via these posts, is a hidden path. It can only be found by piecing together disparate clues scattered in both rabbinic and Christian records. Despite thousands of scholars in the field of early Christian studies who are teaching in universities, who are researching, and who are regularly publishing, not a single one has dealt with the (sometimes obvious) clues that imperatively need to come before general attention. Indeed, few scholars have even seen the clues, and none has connected the dots—much less combined them in a coherent way. Doubtless, the principal reason is that—in order to take Yeshu ha-Notsri seriously as the founder of Christianity—one must first doubt the historicity of Jesus of Nazareth (on this, see further below). In the West we live in a Christian culture and, as readers are well aware, very few scholars are willing to openly entertain the game-changing doubt that Jesus of Nazareth did not exist. As a result, the Christian mainstream cannot even get on first base as regards the historically seminal role of Yeshu ha-Notsri.

Another reason Yeshu ha-Notsri has evaded scrutiny for so many centuries is because scholarship is, and has been, balkanized. Christian texts and rabbinic records belong to two different worlds. Hardly any scholars are familiar with both domains.

Furthermore, the comparison (or equivalence) between Jesus of Nazareth and Yeshu ha-Notsri is like the comparison between Hercules and a midget. This is the result of many centuries of Christian propaganda—on the one hand building up a fiction (Jesus of Nazareth) into a Hercules, and on the other hand tearing down a spiritual Hercules (Yeshu ha-Notsri) to a midget. The result is that, after two millennia of literary history, Jesus of Nazareth is the headliner in one world of texts and Yeshu ha-Notsri is only an inconvenient footnote in the other. The idea that the headliner and the footnote are in fact linked defies all appearances. But appearances can be deceiving!

One incontrovertible fact does link the two figures together, and it is so obvious that it should be common knowledge: Jesus the Nazarene and Yeshu ha-Notsri have the same name in Hebrew texts from antiquity through the Middle Ages. This is a dead giveaway, and it should have attracted attention long ago. We have seen how the medieval Jewish scholar Ibn Daud referred to the prophet from Nazareth (whom he considered invented) as “Yeshu ha-Notsri” (ישׂו הנצרי). Of course, he also referred to the prophet in the time of King Janneus (whom he considered historical) as “Yeshu ha-Notsri.” To Ibn Daud, there was only one Yeshu ha-Notsri: the renegade prophet who lived in the time of Janneus. The other “Yeshu ha-Notsri”—the Christian savior from Nazareth—was a pure invention. This was the medieval Jewish scholar’s view.

Contemporary academics are so uncomfortable with facts like the foregoing that they ignore them, paper over what is inconvenient, and dispute ad nauseam over irrelevancies regarding the invented figure Jesus of Nazareth. As long as academics stay within accepted bounds of discourse, then ready publication, conference invitations, teaching positions, and academic prestige ensue. Ultimately, of course, the “accepted bounds of discourse” are mandated by a fawning and still very powerful Christian public.

Some paths are hard to follow and even harder to find.

The path leading to an understanding of Christian origins, however, is certainly not within the accepted bounds of discourse. That very neglected path is hidden under an enormous deadweight of warnings, misinformation, and academic gobbledygook. Even the editor and translator of Ibn Daud’s writings, Gerson Cohen, (deliberately or inadvertently) obscures the truth when he introduces two names in English for the identical name ‘Yeshu ha-Notsri’ in Hebrew (ישׂו הנצרי). (1) When Ibn Daud refers to the prophet in the time of Janneus, Cohen writes “Yeshu ha-Notsri” in his translation, which is simply a transliteration of the Hebrew name. (2) But when Ibn Daud refers to the Christian prophet from Nazareth, Cohen inexplicably offers the English reader a different name: ‘Jesus the Nazarene.’ Though Ibn Daud’s Hebrew name is the same in both cases, Cohen’s English translation leads the reader to suppose that two different figures are involved because two different names are used.

And, indeed, the universal position of scholarship today is that Yeshu ha-Notsri and Jesus the Nazarene were two different figures. But that was not the view of Ibn Daud, whose writings Cohen was tasked with translating. To sort out this little puzzle, one must go two extra steps: (a) consult the Hebrew text, in which case one immediately sees that, for Ibn Daud, both ‘Yeshu ha-Notsri’ and ‘Jesus the Nazarene’ bear the exact same name in Hebrew; and (b) read all the pertinent passages in Ibn Daud’s Sefer ha-Kabbalah, in which case one learns that, for Ibn Daud, Jesus of Nazareth was a complete fiction while Yeshu ha-Notsri was very much a historical figure who lived in the time of King Alexander Janneus.

These extra steps are like first clearing away the brambles in order to expose the hidden path of history. Few scholars, of course, are both capable and willing to take such steps. As a result, the path to truth remains hidden under an ever-increasing overgrowth of dense vegetation.

Dual competence. If Yeshu ha-Notsri is implicated in the birth of Christianity, as I firmly believe, then studying Christian origins requires scholars who are competent in both Jewish and Christian spheres. Unfortunately, few Christian scholars have taken an interest in the Talmud, much less studied it. Similarly, few Talmudic scholars have given more than cursory attention to Christian texts.

Additional problems make research into the role of Yeshu ha-Notsri difficult. I will here mention two. (1) On the Jewish side, rabbinical records are often intentionally cryptic, written for insiders, are in terse language and—in the case of the founder of Christianity—they employ a number of aliases (Balaam, Ben Stada, etc) for the founder of Christianity. (2) On the Christian side, in its early centuries the Church made deliberate and highly successful efforts to destroy ‘heretical’ texts that were at odds (whether doctrinally or historically) with the canonical gospels. As a result, the suspicion is well warranted that texts attesting to a proto-Christian prophet in the time of Janneus were destroyed long ago.

These and other substantial problems combine to frustrate investigators. The biggest difficulty, however, facing the potential implication of Yeshu ha-Notsri into the origins of Christianity is not the difficulty of the endeavor but the will to go down that path. Scholars simply don’t want to go there. As mentioned above, doing so requires a mythicist posture, and the case against Jesus of Nazareth’s historicity has never gained traction in Church or academe. As long as this situation persists, Christian scholarship has no reason to seriously entertain any link between Yeshu ha-Notsri and Jesus of Nazareth. In short, Jesus mythicism is a pre-requisite to investigating the true origins of Christianity. Only once the prophet from Nazareth is seen as an invention will the earlier prophet from Alexandria be allowed to emerge into the light of day.

If you are a Jesus mythicist reading these posts, congratulations! You are already at least one order of magnitude in advance of the mainstream as regards understanding Christian origins. 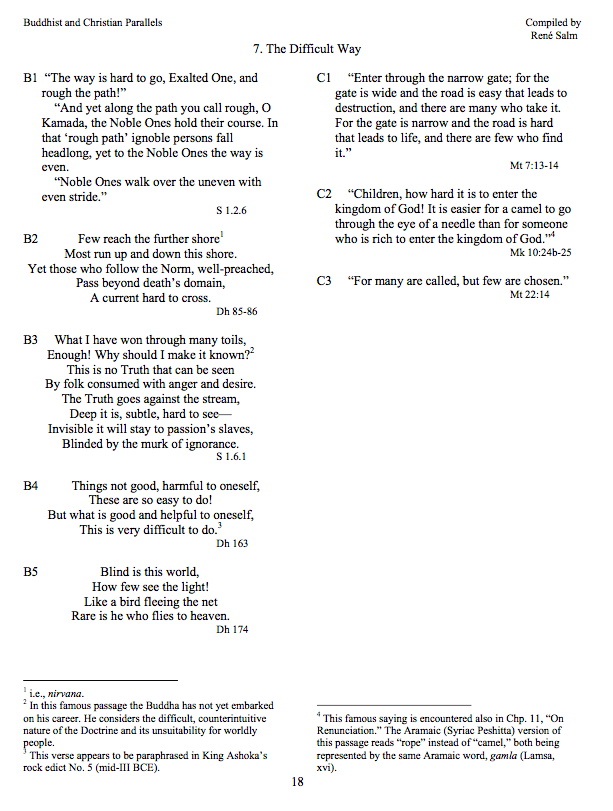