If we boldly proceed where the facts inexorably and surprisingly lead, then an amazing account of the founder of Christianity emerges, an account very different from that portrayed in the canonical gospels. As a young man, the historical Jesus/Yeshu was himself an elite Pharisee in the entourage of the highly-placed Joshua ben Perachiah, head of the Sanhedrin in the early decades of the first century BCE. As a mere boy of six, Yeshu fled to Alexandria with Perachiah and his entourage, probably including most members of the powerful Sanhedrin, along with their families and servants. Yeshu apparently stayed at least eighteen years in Alexandria. He would have lived in the large Jewish enclave of the Egyptian metropolis. But perhaps he did not remain there when his views began to diverge from those of his Jewish peers…

Eventually, Yeshu was expelled from Judaism. The Talmud relates that Perachiah excommunicated him on the general return of Pharisees to Israel. This would have been in 76 BCE, the year of King Janneus’ death when the Pharisee-friendly Salome Alexandra assumed the throne. Yeshu was then twenty-four years old. The fact of his excommunication indicates to us that Yeshu’s heretical views were already fully formed. It also tells us that Yeshu was not willing to modify or give up his views—even at the price of his reputation, of his future in phariseeism, and of being permanently cut off from the religion of his birth.

For those of us who know only the invented Jesus of Nazareth and his overblown biography, it is no doubt difficult to witness that icon of Christianity morph into Yeshu ha-Notsri, a virtually unknown figure. But the historicity of Yeshu is well established. His bona fides were not doubted by the ancient Jewish rabbis, nor has his historicity been questioned by modern scholarship. There is absolutely no reason to suspect that the rabbis of late antiquity committed multiple errors by dating Yeshu to the time of King Janneus, by noting he was a disciple of Joshua b. Perachiah, and by recording Yeshu’s excommunication at the hands of Perachiah. All these doubtless correspond to history. In fact, the historical attestation for Yeshu ha-Notsri is far stronger than that for Jesus of Nazareth.

If my reconstruction is correct, then Yeshu/Jesus was a learned ‘ex-’Pharisee after his excommunication, a person intimately familiar with the highest echelon of Jewish religious power, having himself been raised in that establishment and among its members. This throws a new, interesting, and entirely unsuspected light on the many acrid confrontations between Jesus of Nazareth in the gospels and his pharisaic antagonists. In the gospel tradition the special target of Jesus’ ire are the “scribes and Pharisees,” whom he often calls ‘hypocrites.’ The adversarial relationship between Jesus and those of the Jewish religious establishment (“from Jerusalem,” Mk 3:22, 7:1) is pointed and dramatic.

We can now appreciate that those confrontations rest on a historical grain of truth. Unlike so much of the canonical gospels, the ‘prophet vs. Pharisee’ confrontations were not invented. They are a central part of the core story that the first evangelist (presumably Mark) imported from the received tradition regarding Yeshu ha-Notsri. While the evangelist ignored that Yeshu had himself been a Pharisee, he preserved the confrontational stance between the prophet and the Pharisees. It is easy to envision Yeshu ha-Notsri, now a gnostic converted to a form of Buddhism, accusing his former pharisaic colleagues of ’empty learning’ and hypocrisy—just as does Jesus of Nazareth in the gospels.

In this way, when Yeshu ha-Notsri takes center stage in our thinking, some elements of the gospels suddenly make much more sense. Scholars have long wondered how the presumably unschooled and unlettered scion of a poor carpenter from the hamlet of Nazareth could best in argumentation the most educated Pharisees and scribes of his day. The surprising answer now emerges, and it makes eminent sense: Yeshu/Jesus had in fact received an exacting pharisaic education. Being in Perachiah’s entourage, Yeshu was originally a member of the elite Jewish religious establishment and possibly himself destined for membership in the Sanhedrin. Of course, an intelligent, elite young Pharisee interested in ethics and theology would have been expert in the minutiae of Jewish religious law and would have been perfectly able to dispute at ease with learned ‘scribes and Pharisees’ from Jerusalem.

But Yeshu abandoned his Pharisaic roots. This is clear by the fact of his excommunication. He was thereafter no longer a Pharisee, nor even a Jew. He would henceforth be an outcast from Judaism—and its expert critic. The canonical gospels faithfully retain this core aspect of Yeshu’s biography in the adversarial relationship between Jesus and the ‘Pharisees and scribes’ from Jerusalem. Yeshu was also privy to the innermost secrets of the Jewish religious establishment, having once been groomed for membership in it himself. And this aspect of his knowledge would have been very galling as well as effective, for the ‘scribes and Pharisees’ would not have been able to intimidate him with their learning, as they could do with the common folk. The canonical gospels portray Jesus besting the Pharisees at their own mind-games. I suspect this is based on history, and that Yeshu in the first half of I BCE was a formidable intellectual opponent of the Jewish power structure. Indeed, his success may be the main reason Yeshu was captured, tried by the Sanhedrin, and executed about 66 BCE. 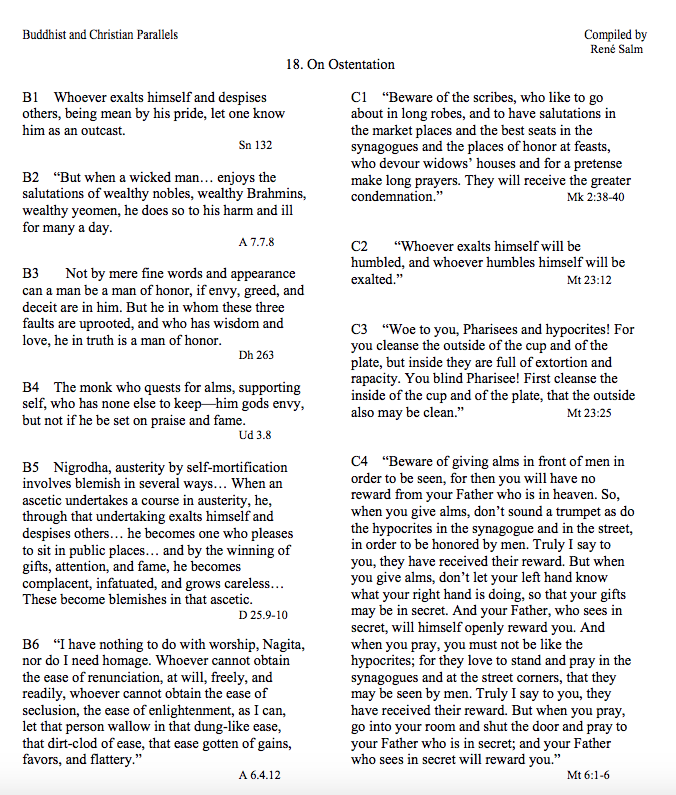