by the late Dr. Hermann Detering

Translated from the German by R. Salm
with light editing for style.

Note: In the comments below I play the ‘devil’s advocate’
and intentionally give Dr. Detering’s argument a hard time.—R.S.

It’s been a good 35 years since I first read the two so-called “Christian letters of Pliny” (Book X, nos. 96 and 97—in English here). At the time, I was—along with other graduate students—sitting in a New Testament seminar whose topic I have forgotten. I do remember the November rain prattling against the windows and, of course, the lecturer Dr. Walther Schmithals, who read the Latin text of the letter to us, amiably translating as he went along. Not that we couldn’t translate it ourselves, mind you. It was just his way. Maybe he just wanted to avoid any possibility of embarrassing someone, or maybe he simply wanted to conduct the lecture himself. 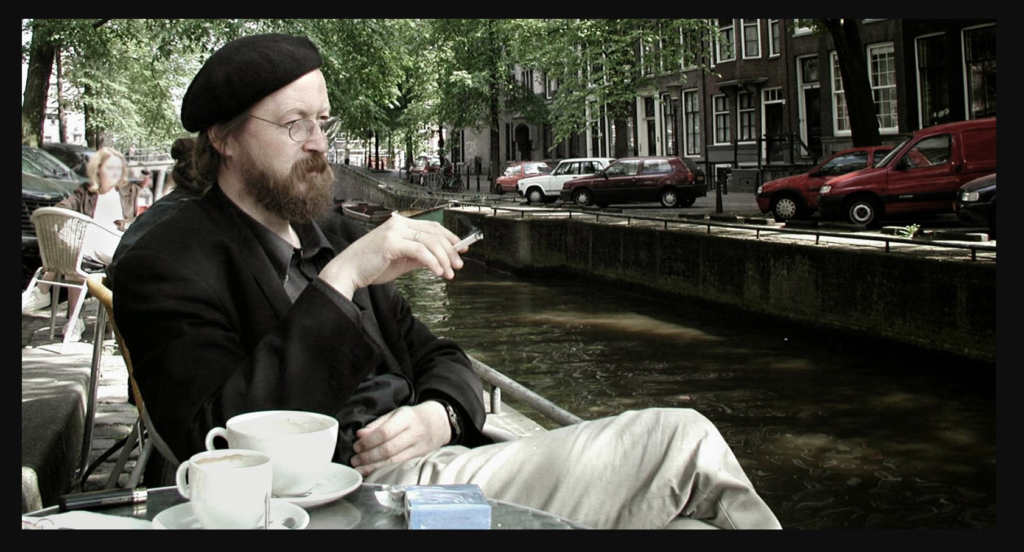 Dr. Schmithals’ manner of lecturing was a tad solemn, full of gravitas. He made sure that even the sleepiest student was aware we were dealing here with an important historical document—one of the earliest proofs for Christianity dating from the beginning of the second century! A document not even from the pen of a Christian, but by the Roman governor of Bythynia, Pliny the Younger (61/62—ca. 113/115 CE)!

For Schmithals, this was a text that enables us to bore down deeply into to the beginnings of Christian thought and community building. Sentence by sentence, here was authentic proof of the existence of early Christian communities, early Christian worship services, heroic martyrs—further evidence that our age-old Christian faith is in a real way solidly based in history.

Well, that was more or less my impression. The deep conviction settled in that we were dealing with two seminal pillars supporting the reliability of the received Christian tradition—and the need to respect documents of this high calibre.

Respect is good… But science is better. When I re-read the two ‘Christian letters’ last summer, I still remembered my initial impressions. But in the interim I had been busy with myriad critical issues, issues that had been of no concern when I first considered these much-touted epistles. And somewhere along the line I also had occasion to look more closely at the reception history of these texts.

I thought detailed studies existed, but such was not the case.  So I carried out such work myself, and with the help of various Latin concordances arrived at some surprising conclusions:

1. Except for Tertullian, the epistolary exchange between Pliny and Trajan is not mentioned by any second century Christian writer, though it could have been readily at hand.

2. Even more curious: All the later Church Fathers depend on Tertullian’s citations.  Not one of them (including Jerome, Prosper of Acquitaine, Frechulf Lexovensis, etc.) possessed his own edition of these letters. Jerome even writes: “Thus Tertullian cites in his Apologeticum” (Tertullianus refert in Apologetico).

3. The question now arises regarding the reliability of Tertullian’s ‘witnesses.’ Did Tertullian actually see the two letters under consideration? Were they actually on his desk? Or do his ‘citations’ merely reflect his spontaneous invention [seine spontane Erfindung]?

The suspicion is not so absurd. I have learned that Tertullian spouts a lot of nonsense. There is scarcely another Church Father as suspicious. He claims to know not only the epistolary exchange between Trajan and Pliny, but also a series of other documents for whose authenticity hardly any historian will vouch—such as a proof for the resurrection of Christ, which only the most fundamentalist of Christians will approve. And that resurrection-proof originated from no less a personage than Pontius Pilate, who “being already a Christian in his heart, informed the then Caesar Tiberius about Christ” (Apol. 21.24). In Book IV of his Against Marcion (4.7), Tertullian seeks to show that Christ did not come down from heaven (as Marcion maintained) but was born on earth. The Church Father goes on to describe the registration of Jesus in the census as “most reliable testimony” (testem fidelissimum). These examples are already sufficient to show of what cloth Tertullian is made. As a rule, his citing of a text demonstrates neither that he correctly cites nor that he has read the text—or even that it exists. [The information in this paragraph is well taken.—R.S.]

4. Most remarkable, however, is the following: Differences arise when comparing Tertullian’s received statements with those of Jerome and later Church Fathers. In describing the accusations against the Christians, Jerome mentions furta (theft) and latrocinia (robbery)—two words lacking in Tertullian’s account.  Apparently, Tertullian’s passage underwent some change and Jerome added the two words furta and latrocinia.

But why—and this is the deciding question—do these two accusations of furta and latrocinia even appear in the letter of Pliny to Trajan?  How was it possible? And how could Jerome have known the original content of the passage? Did Jerome divine the original wording of Pliny’s epistle under the influence of the Holy Ghost?  That would be rather difficult to believe—least of all if one adopts a scholarly approach to the matter.

The Church Father [Jerome] staunchly claimed that it was from Tertullian that he received his information regarding the exchange of letters between Pliny and Trajan. At the same time Jerome clearly did not have access to a proprietary copy of the epistolary exchange from which he could have gained his knowledge.

Only one reasonable solution to the puzzle exists. The small discrepancy [the additional two words furta and latrocinia in Jerome’s reading] can only be an indication that the two epistles were not authentic documents from the first half of the second century. They were later Christian texts whose author looked back not only on Tertullian, but also on Jerome and subsequent Church Fathers.

Paradoxically enough, it is worth noting that the epistle of Pliny did not precede its synopsis and its reporters but followed them and, so to say, [what should have been] an endpoint signaled a development that began with Tertullian, a development during which ever new variations and paraphrases came to be cited—not variations on Pliny’s letter, but variations on Tertullian’s description.

Additional details confirm this supposition—in an apparent slip of the pen, for example, from quasi to et. In the letter, Pliny states that the Christians venerate Christ in their hymn “as if” (quasi) he were a God. According to Tertullian they venerate Christ “and” (et) God. According to Jerome they venerate Christ “as” (ut) God. It is clear that the development could only have been from et to the (similarly written) ut, and from there to the (similar in meaning to ut) quasi. Thus: et > ut > quasi and not quasi > et > ut.

[Detering continues:] What followed was a closer study of the literary history of the 10th book of the Pliny letters, in which the ‘Christian’ epistles appear. The result not only confirmed the verdict of forgery [Unechtheit] but made that confirmation a clear certainty [festen Gewissheit]. Not only did the two ‘Christian’ letters prove to be later forgeries, but the whole tenth book of the Pliny-Trajan correspondence was under suspicion of forgery.  This suspicion is actually not new—it was enunciated by scholarly contemporaries at the time the [collected] correspondence first appeared. [When?] 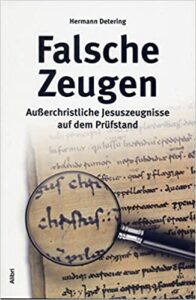 The single existing manuscript [of book 10 of the letters] was completely unknown before the sixteenth century. It was brought forward towards the beginning of that century by the alert Dominican monk, engineer, and antiquarian Fra Giocondo [c. 1433-1515 CE], only to quickly disappear again into obscurity. It is now considered lost. In fact, it appears to never have existed.

Whoever wishes to learn more about the adventurous history of the two “Christian epistles”—as well as about other “classical” witnesses to the existence of Jesus—will find copious additional information in my book, Falsche Zeugen: Ausserchristliche Jesuszeugnisse auf dem Prüfstand [False Witnesses: Extra-Christian Witnesses to Jesus Put on Trial]. It should appear in September 2011 from Alibri-Verlag.

Originally, I intended the book to be an introduction to a book about Jesus. During the writing, however, it developed into a full-blown monograph of its own. It is, in fact, the only book from a German theologian that is exclusively concerned with the question of witnesses to Jesus. In contrast to a few Anglo-Saxon precursors, I have arrived at a negative verdict in all six cases where classical witnesses [to Jesus] are concerned.

In the final analysis, with the aid of this information comes the sobering conclusion that neither the historical figure ‘Jesus of Nazareth’ nor the existence of early Christianity in the first century CE is demonstrable. Hence, not only ‘Adieu Pliny,’ but ‘Adieu Josephus, Tacitus, Suetonius, Mara bar serapion, and Thallus’!