NOTE: Only days after this post’s appearance, Father Thomas Brodie (see below) has been removed from his position at the Dominican Biblical Institute in Limerick which he helped set up, according to The Irish Sun (Jan 21, 2013). The influential Irish scholar has also been “banned from any lecturing, teaching or writing while a probe is under way.” The newspaper article subheading reads: “A TOP priest has been forced to quit a Bible-teaching job after writing a book claiming Jesus did not exist.” In his book Beyond the Quest for the Historical Jesus: Memoir of a Discovery (Oct. 2012), Fr. Brodie makes public the fact that he has questioned the existence of Jesus since the 1970s.—R.S. (Added Jan 22, 2013.) 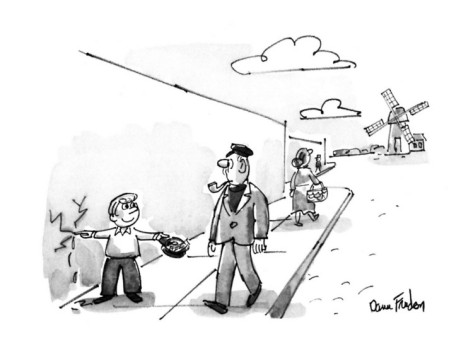 In this third Christian millennium the debate over the historicity of Jesus increases in shrillness as evidence supporting the mythicist thesis mounts from numerous—and sometimes surprising—quarters. The tipping point cannot be far off. Of course, a moratorium still exists on Jesus mythicism within the guild of New Testament scholars—but barely. One gets the feeling that many scholars want to “come out” in favor of mythicism, but the stakes are still way too high in terms of career and prestige. Yet the pressure builds on the other side of the dam, as it were, and the sore thumb that has been stuck in the hole far too long must soon withdraw, to be followed by le deluge.

By any account, the last decade has been good to mythicism. The stage was set in the final year of the twentieth century by the appearance of five seminal books: Earl Doherty’s The Jesus Puzzle, G. A. Wells’ The Jesus Myth, A. Ellegard’s Jesus—One Hundred Years Before Christ: A Study In Creative Mythology, T. Freke and P. Gandy’s The Jesus Mysteries: Was the “Original Jesus” a Pagan God?, and G. Lüdemann’s The Great Deception: And What Jesus Really Said and Did (arguing that only about 5% of the sayings attributed to Jesus are genuine).

The new millennium has seen an exponential increase in the sheer volume of literature dealing with Jesus mythicist and ultra-skeptical opinion. In the remainder of this post I will review some highlights:

– (2003) R. M. Price, The Incredible Shrinking Son of Man: How Reliable is the Gospel Tradition? Argues that the early Christians adopted the model for the figure of Jesus from the popular Mediterranean dying-rising savior myths of the time, and that there was an almost complete fleshing out of the details of the gospels by a midrashic rewriting of the Septuagint, Homer, Euripides’ Bacchae, and Josephus.

– (2003) F. Zindler, The Jesus the Jews Never Knew. An exhaustive discussion of ancient Jewish records, none of which attest to a historical Jesus who was born about the turn of the era.

– (2006) R. Eisenman, The New Testament Code: The Cup of the Lord, the Damascus Covenant, and the Blood of Christ. Maintains that the Dead Sea Scrolls clearly stem from the mid to late first century CE. They are the legacy of the Jerusalem Christians led by the heirs of Jesus: James the Just, Simeon bar Cleophas, and Judas Thomas. The Teacher of Righteousness was James the Just. The Spouter of Lies was Paul… Dr. Price’s review. In 2012 Eisenman revised some of his large works (here and here) to make them less daunting.

– (2008) R. Salm, The Myth of Nazareth: The Invented Town of Jesus. Presents an exhaustive review of the primary archaeological evidence from the Nazareth basin and concludes that the town came into existence between the two Jewish revolts. Dr. Price’s review. 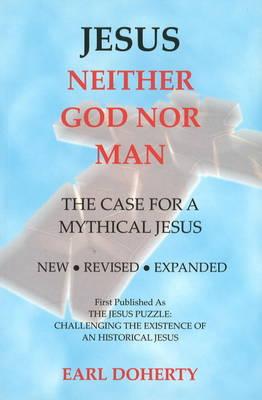 – (2009) E. Doherty, Jesus Neither God nor Man: The Case for a Mythical Jesus. Massive rewrite of the author’s 1999 book. Currently the most definitive statement of majority mythicist opinion.

– (2012) R. M. Price, The Amazing Colossal Apostle: The Search for the Historical Paul. Price shows that the epistles give evidence of having been written at the end of the first century or early in the second—too late to have been Paul’s actual writings.

– (2012) H. Detering, The Fabricated Paul: Early Christianity In The Twilight. Argues that none of Paul’s epistles are genuine. They are the products of Marcion’s pen in II CE.

– (2012) B. Ehrman, Did Jesus Exist?. The first sign that mythicism is no longer being taken lightly by the tradition. Universally considered a weak treatment of the subject, DJE spawned a deluge of mythicist responses. Other traditionalists are now finding it necessary to take up the defense of “Jesus,”, e.g., J. D. Crossan and Joseph Hoffmann.

– (2012) Thomas Brodie, Beyond the Quest for the Historical Jesus. This Irish Dominican priest drops the bombshell that he has been a Jesus mythicist since the 1970s. Yet he still considers himself a Catholic… His book is a riposte to Ehrman—from within the guild.

– (2012) Prof. Kurt Noll (Brandon Univ.) has ostensibly joined Brodie in the mythicist ranks with his contribution to Thompson and Verenna’s collection of essays Is This Not the Carpenter? Noll’s essay (“Investigating Earliest Christianity without Jesus”) imagines how Christianity could have succeeded without there having been a Jesus. He draws upon Darwinism “as filtered through Richard Dawkins’ notion of memes to construct an alternative history of the rise of Christianity” (from an Amazon.com review).

To the above should be added salutary writings from within academe which undermine the historicity of Jesus from various angles. In particular must be mentioned the ongoing work of Dennis R. MacDonald, who concludes that the Homeric Epics are the foundation of various Christian works including the Gospel of Mark and the Acts of the Apostles. The methodology MacDonald pioneered is called Mimesis Criticism. The other major branch of MacDonald’s scholarly activity is his alternative contribution to the Synoptic Problem, which he calls the “Q+/Papias Hypothesis.” On the continent, the ongoing works of G.A. Wells, H. Detering, and G. Lüdemann continue to undermine the traditional basis for Jesus’s historicity.

Emerging as an important ‘side show’ to the Jesus question is the status of Paul and his epistles, evident from several of the above works. Well-argued theses now range from the non-existence of the Apostle to a genuine core of a handful of epistles. It’s going to take another few years for this to sort out, but my suspicion is that Pauline studies will resolve at the same time that Jesus studies do.

Given the above avalanche of works, traditionalists are circling the wagons while producing ever more skeptical takes on Jesus. Besides Ehrman’s magnum flatus (above), I mention Maurice Casey’s 2010 Jesus of Nazareth: An independent historian’s account of his life and teaching, the 2009 group effort The Historical Jesus: Five Views and, of course, Pope Benedict’s multi-volume bios of Jesus.

Thus, from Doherty to Ratzinger we descend from reasoned analysis into religious onanism or, alternately, ascend from atheistic deviltry into the sublime ether of faith. It all depends on one’s point of view and, in a free society, one can now choose reason or faith, with Jesus of Nazareth teetering in the balance.—R.S. 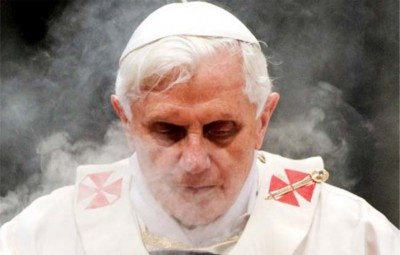