This is majority opinion: the two source theory of synoptic relationships, arguably the backbone of New Testament scholarship for over a century. Recent research, however, is now showing this theory to be stunningly untenable.
The culprit is a little-known second century “heretic”: Marcion of Pontus (fl. 130–160 CE).

(1) A founding gnostic prophet who lived in the early part of first century BCE (first noted by G.R.S. Mead, by Alvar Ellegard, and most recently in my book NazarethGate, Chp. 14).
(2) A successor (‘caliph’ per R. Price) who lived in the mid-first century CE. He may be known variously under the names Simon Magus, James bar Cleophas, and James ‘the Just.’ This gnostic may also have written some short segments of the Pauline epistles.
(3) The ‘gospel’ phase dating to mid-II CE, perhaps following the work of Marcion.

In this post I’d like to begin exploring the third of these points, namely, Marcion’s role. A “Gospel of Marcion” has long been known to scholarship. It has even been tediously reconstructed from citations in the hostile writings of the Church Fathers. Empirically-oriented scholars have long known that, in some way, Marcion’s gospel must be critically implicated in the genesis of the canonical gospels. Essentially, this is for several reasons: (1) no “gospel” is mentioned (much less attested) before the time of Marcion; (2) the prevalent view that Marcion’s gospel was nothing more than an abridgment of Luke’s gospel has now been discredited (see below); and (3) it is becoming increasingly clear that Marcionite readings are more primitive than the parallels found in the various synoptic gospels. In other words: it all goes back to Marcion. 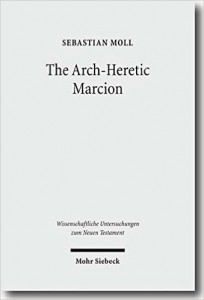 The idea that Marcion had some role in the first stage of gospel formation has been long suspected—but it has also been, all along, extraordinarily frightening to the tradition… After all, Marcion was an arch-heretic. His conception of the divine (a ‘foreign’ god), and his disparagement of the creation (‘evil’) were categorically odious to the Great Church which sought not to escape from this world, but to assure the triumph of this world—and of our own, miserable, existences. Thus, any involvement of Marcion with the genesis of the canonical gospels has been subtly (and also not so subtly) put to one side. In ancient times Marcion’s gospel was the object of astonishing borrowing (as we are learning) yet rabid hatred, of expropriation yet mutilation, of clandestine use yet overt disavowel, of total co-opting yet final destruction. This schizophrenic attitude toward Marcion and his work continues even today. After all, the scholarly community has long known of the existence of a Gospel of Marcion, but even today the standard scholarly reference (Schneemelcher’s The New Testament Apocrypha) does not mention the Gospel of Marcion. No more proof-positive could exist that the Christian tradition continues to do all it can to ignore this information that is fatal to its own claims to authority—that is, to ensure the primacy (and hence authenticity) of the synoptic gospels.

But the true (and revolutionary) role of Marcion’s gospel is now finally coming to light. (We will be looking at the mechanics of the argument in the next post.) The result promises to be a nightmare for the tradition. Markus Vinzent, one of the foremost specialists in this subfield, has now concluded that Marcion’s gospel was in fact the source of all four canonical gospels!

It is astonishing. This, of course, has colossal ramifications—both theological and chronological. Theologically, it means that the traditional view “orthodoxy preceded heresy” (used since the Church Fathers to dismiss heretical writings) is backwards. Heresy preceded orthodoxy. Or, shall we say: orthodoxy is the latecomer and it appears to be the ‘heresy.’

I, however, must now throw a spanner into the works… I argue (see HERE) that there was, in fact, no written “Gospel of Marcion.” This long-standing fixture in patristic studies is actually a misreading of the primary sources. Tertullian and other ancients nowhere cite passages from a written gospel of Marcion. Rather, they refer to the “Evangelion” of Marcion. When those church fathers were writing, evangelion primarily meant “gospel” in the broad sense, i.e., doctrine. In short, they witnessed to the thought of Marcion, not to a concrete written text. Reading the church fathers closely, it astonishes me that scholars have gotten this so wrong!

Still, placing Marcion’s gospel (read: “doctrine”) before the canonical ones has astounding chronological implications: the New Testament gospels (including Mark) must be redated no earlier than the middle decades of the second century CE!

This ‘revolutionary’ view is actually not new. It has simply been successfully marginalized for over 150 years. In the first half of the nineteenth century, J. Eichhorn, M. Arneth, F. Schleiermacher, F. C. Baur, and F. Schwegler all proposed that Marcion preceded the canonical gospels (particularly Luke) and not the other way around. (On this, see M. Vinzent, Marcion and the Dating of the Synoptic Gospels, 2014:149 f.) 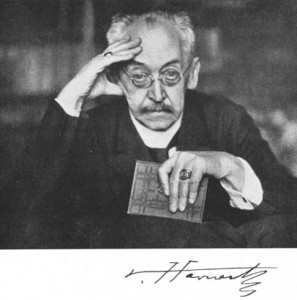 Despite all the above ‘revolutionary’ opinion, mainstream scholarship has persistently fought the ‘Marcion first’ view. Towards the end of his life, Adolf Harnack hammered the decisive nail into the skeptics’ coffin by writing his argument-closing tome, Marcion: The Gospel of the Alien God (1920). Harnack’s summation (his p. 240) became famous: “That the Gospel of Marcion is nothing else than what the primitive church judged it to be, namely, a falsified Luke, there is no need to spend one word on it.” Oh well. It appears, contra Harnack, that we are spending more words on this—and that scholars will indeed ‘spend’ many more in future… 😉

Marcion believed that “Jesus” was a divine, entirely spiritual entity separate from a certain fleshly human being in history who had become “possessed,” as it were, by the Jesus (= saving gnosis = “the Savior/Yeshua”). This conception may sound odd to us today, but a close reading (independent of preconceptions) shows that this is the view actually conveyed in our earliest Christian texts: the Pauline epistles (cf. NazarethGate pp. 408 f) and by the Gospel of Mark.

Specialists in Patristics (such as Matthias Klinghardt and Markus Vinzent) are now confirming, once again, what skeptics proposed long ago: that Marcion’s gospel was not an “abridgment” of the Gospel of Luke—as the Church Fathers insisted and as Harnack thundered in 1920. Rather, it is all but certain today that the contrary was the case: Luke’s gospel was an expansion of Marcion’s Evangelion. Vinzent sums up this view on the matter:

[I]t will be shown that [Marcion] does not belong ‘alongside other second-century Gospel traditions and traditions about gospels’ but that he marks the transition from an oral memory of Jesus’ oracles and perhaps some ‘retelling of inherited narrative’ of Jesus of Nazareth, to the written combination of oracles and similes of the Lord, and, in this sense, became the author of his Gospel which was the first Gospel of its kind. (Vinzent, Dating p. 158) 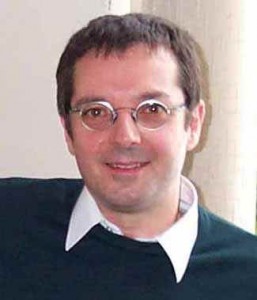 Despite his forward-thinking arguments above, it is clear from the preceding citation that Vinzent is not a Jesus mythicist—he refers to an ‘oral’ tradition, an ‘inherited’ narrative, and writes of ‘Jesus of Nazareth’ with apparently no inkling that such a figure never existed. In these posts we mythicists take what Vinzent is able to give, knowing quite well that there was no oral tradition, no Nazareth at the turn of the era, and no Jesus of Nazareth…

It’s only a name: Mark, Marcion, and Paul

On the other hand, majority scholarly opinion has consistently maintained that Mark was the first gospel. The difference between “Mark” and “Marcion” is a mere suffix—“-ion” being a diminutive—i.e., “Little Mark.” With our present argument that Marcion’s gospel came first, speculation on possible links in history between the two names is entirely permissible. Both apparently refer to the first gospel. But if Marcion’s gospel truly did come first, then the tradition would have had no compunction denying this, saying it was a forgery/abridgment, and belittling it: Little (i.e. “inferior”) Mark.

“Marcion” is not so much the name attached to a gospel, as the name of the teacher, heretic, and leader of an entire church (sect) at one time. Thus, what was belittled was not so much the gospel as the heretic who ostensibly penned it. In this case, we may wonder if “Marcion” was the pejorative name assigned to that heretic by the Roman Church. This is a problem for the specialists to deal with, as there is also a certain ecclesiastic Mark/Markion who served as bishop of Alexandria 142–152 CE. (We recall that the Gospel of Mark was “first proclaimed” in Alexandria—Euseb. Eccl. Hist. II.16). In any case, it seems that all references to the heretic “Marcion” are from hostile Catholic literature. They are, therefore, by definition unreliable.

What I’m getting at in all this is the possibility that Marcion of Sinope (or of Pontus) may have borne another name in antiquity. And what would have been that other name? Who knows… Maybe it was Paul! The latter, after all, means “small” or “humble” in Latin—originally perhaps a term of disparagement. We recall our prior post that Paul was an improbable phantom. And wasn’t it Marcion who first “discovered” Paul’s letters? Wasn’t Paul the only true apostle as far as Marcion was concerned? Didn’t Paul come from Asia Minor (as did Marcion)? And, most curious of all, why do we not have any mention of “Paul” before the discovery of his letters by (you guessed it) Marcion in mid-II CE? Hoo boy… (Just remember, you read it here first!)

In the next post we will look more closely at the genesis of Marcion’s remarkable and revolutionary gospel.—R.S.