In the preceding post we looked at two obscure infancy narratives embedded in Christian apocryphal works: the Ascension of Isaiah (chp. 11:1–10) dating ca. 100 CE, and the ‘New Source’ (73.1–3) dating to the early decades of II CE.  The passage in Asc.Isa is an early Christian interpolation into a Jewish work. Post-canonical Catholic interpolations were also effected (probably dating to late II CE), as we read from references to the passion of Jesus, his Ascension, sitting at the right hand of God, etc. Yet we recognize the earliness of this nativity account through its utter simplicity and its radical variance from the canonical accounts: the birth takes place “in Joseph’s house” (not in a cave at Bethlehem), the period of Mary’s gestation is two months, and no one else is present.

In the so-called New Source (introduced in the preceding post), we similarly read an early account of the nativity: Mary is transfigured (she becomes “white as snow”), she gives birth to “light,” and that light/infant has no weight. I consider it inconceivable that an author could pen such an account if he already knew the canonical nativity stories.

The Revelation of the Magi 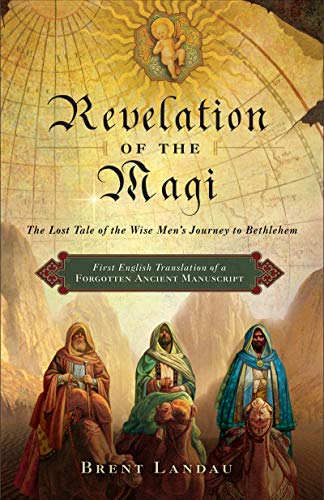 The nativity of Jesus is depicted in another very early Christian apocryphon. “There is less a birth in RevMagi,” writes B. C. Landau, “than a metamorphosis from one form, a star, to another, a child.”   As virtually all scholars of Early Christianity, Landau ascribes to the conventional first century dating of the 4G, and thus the possibility does not remotely occur to him that RevMagi could have preceded the canonical gospels. Yet the traditional dating creates problems. With a literary shrug, Landau asserts that “an interest in harmonizing these divergent stories of Jesus’ birth [i.e., the Matthaean and Lucan infancy narratives] seems not to be a hermeneutical concern of the RevMagi.” And so Landau assumes that the author of RevMagi knew the canonical infancy narratives yet somehow penned a thoroughly independent account. He also notes a remarkable similarity in language between RevMagi and GJn. In this regard he similarly assumes that RevMagi “relies heavily on the Gospel of John” (Star-child 233–34), without considering for a moment the reverse possibility—that the fourth evangelist was acquainted with traditions expressed in the Revelation of the Magi.

According to Landau, RevMagi consists of three major parts, in this order: (1) a Magi “we-source”; (2) a revelation of Adam to Seth; and (3) a concluding “Judas Thomas episode” (= JTE; Star-child 13). Landau emphasizes that “in the third or fourth century, the RevMagi underwent a significant redaction” (Star-child 175). It must have been at this time that the Catholics heavily interpolated the text. The JTE section is certainly a late “redactional addition to a more archaic section of the RevMagi” (Star-child 18).

The Christology of RevMagi is most interesting and has strong Johannine affiliations. “For the RevMagi, the star of Bethlehem is actually the pre-existent Christ, the literal representation of the Johannine ‘light of the world’” (Star-child 20). The Christ figure is also not yet fully Catholic—he is the universal light that can “reveal himself to individuals in the far reaches of the earth without any human mediation” (Star-child 20). This is, of course, the Stage II christology familiar to readers of this website. Thus, RevMagi lives at the interface between the Stage II (spiritual Jesus) and Stage III (Jesus of Nazareth) christologies, with one foot in each world. There is, thus, a tension between the universal (spiritual) Christ of RevMagi and the specific Christ of the 4G and of Catholicism.

The first account of the Incarnation (there are two) in RevMagi is given below. In this passage, note that no mention at all is made of Joseph or even of Mary! (I shall have more to say about this remarkable observation in the next post.) The only characters here are the Magi and “a small and humble human”—the Star-child:

[The magi speak.] [a] “And when we bathed in the Spring of Purification with joy, and we ascended the Mountain of Victories as we were accustomed, and we went up and found that pillar of light in front of the cave, again a great fear came upon us. And we knelt upon our knees and we stretched out our hands according to our ancient custom, and we praised in silence the vision of its wonders.

[b] “And again, we saw that heaven had been opened like a great gate and men of glory carrying the star of light upon their hands. And they descended and stood upon the pillar of light, and the entire mountain was filled by its light, which cannot be uttered by the mouth of humanity.

[c] “And something like the hand of a small person drew near to our eyes from the pillar and the star, at which we could not look and it comforted us. And we saw the star enter the Cave of Treasures of Hidden Mysteries, and the cave shone beyond measure. And a humble and kind voice made itself heard by us, which called out and said to us: ‘Enter inside without doubt, in love, and see a great and amazing vision.’

[d] “And we were encouraged and comforted by the message of the voice. And we entered, being afraid, and we bowed our knees at the mouth of the cave because of the very abundance of the light. And when we rose at its command, we lifted our eyes and saw that light, which is unspeakable by the mouth of human beings.

[e] “And when it had concentrated itself, it appeared to us in the bodily form of a small and humble human, and he said to us: ‘Peace to you, sons of my hidden mysteries.’ And again, we were astonished by the vision, and he said to us: ‘Do not doubt the vision that you have seen, that there has appeared to you that ineffable light of the voice of the hidden Father of heavenly majesty.’

This account is, of course, altogether different from that of the canonical gospels. As regards the metamorphosis of the light into the “small and humble human” [e], we note an uncanny resemblance to the account in the early second century New Source discussed in the preceding post. In the New Source, Mary brings forth “light” in the form of a weightless child. In these accounts we witness the tentativeness of the proto-Catholic tradition in reconciling opposing (and ultimately incompatible) elements, namely (a) the transcendence and perfection of the Godhead, and (b) the inherent corruptibility and finiteness of materiality. Indeed, the irreconcilable problems associated with the Incarnation would famously bedevil the Church for centuries and eventually be accounted quite beyond human comprehension, described—in complete frustration, as it were—simply as the Mysterium Verbi. The contradiction at the root of Christianity has endured to this day:

… Here Schleiermacher saw with penetrating insight the weakness of the two-natures doctrine. This insight was previously formulated as early as Apollinaris of Laodicea: two beings complete in themselves cannot together form a single whole. In distinction from the formula vere deus, vere homo, the effort to conceive the unification of originally independently existing divine and human natures into a single individual in whom both natures nonetheless remain distinct lead inevitably to an impasse from which there is no escape.—W. Pannenberg, JESUS–GOD AND MAN, 1977:287

Returning to the Revelation of the Magi, we learn that the incarnated light-being “will perfect the love of the Father, even unto the death of a cross [cf. Phil 2:8] if they shall believe in me without doubt, and give thanks, and glorify through me the Father of that glorious majesty who sent me for their salvation” (Star-child 100). The light-being will give “perfect salvation to its believers.” In the following remarkably Thomasine-Johannine passage, we also read:

Catholic theology is not yet fully developed in RevMagi. As we see, the infant is essentially a being of light—not the fleshly being demonstrated to the apostle Thomas in Jn 20:27. While the light-being will “die on the cross” (on earth, nota bene, not in a celestial realm),  will be “the salvation for believers,” and was announced by “the prophets [who] preached about me” (Star-child 101–102)—all very Catholic tenets—RevMagi also declares the astonishing views that “I am everywhere” (cf. GTh 77) and that Christ “has been the wellspring for the faiths of people throughout the entire inhabited world.” As history has borne out, the latter inclusive, tolerant theology did not find a home in Christianity.

In its assertion that “I will be born like a human being,” the Christ of RevMagi is summarily dubbed “docetist” by scholars. That scholarly view, however, obscures what I have called Stage II christology—namely, the belief that the universal spirit of God is everywhere and everywhere available. This universalist view is found in the Gospel of Thomas, in the Revelation of the Magi, and in pre-Catholic Christianity. It should be noted that the Christ of RevMagi is ambivalent, neither pure spirit nor pure flesh. In one passage we read: “And you will see a great and amazing sign, God appearing in the bodily form of a human being,” while only a few sentences earlier we read that “the Son of perfect mercy is the ray of light of the glory of the Father of ineffable majesty” (Star-child 85).

‘Christ as spirit’ goes hand-in-hand with what is known as polymorphy—that the spirit can assume any number of forms. The polymorphy of the light-being is fully credited in RevMagi, where we read that the visions of the Magi “did not resemble each other” and “I saw an infant who had unspeakable forms” (Star-child 103–04).

To summarize the essence of this discussion: the Christ was originally conceived as a “light-being” before he took on the flesh of the Matthaean, Lucan, and Johannine gospels. The metamorphosis of the Christ from a being of light to a being of flesh and blood was complex, challenging, and occurred in the first half of the second century CE.