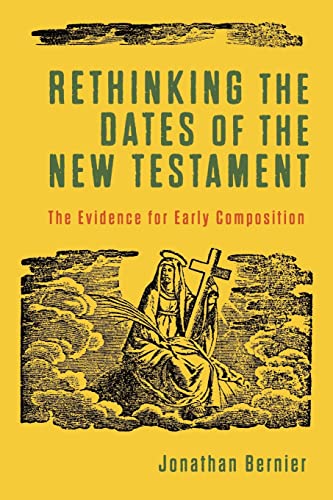 A reader (thank you, Alan) recently apprized me of a book hot off the press (May 3, 2022): Rethinking the Dates of the New Testament (RDNT), by Dr. Jonathan Bernier. According to the Amazon page, the book proposes that the New Testament was written twenty to thirty years earlier than traditionally thought, that is, towards the middle of the first century CE! I’d like to mention that the publisher, Baker Books, is a conservative Christian imprint on whose welcome page we read:

Baker Books has a vision for building up the body of Christ through books that are relevant, intelligent, and engaging. We publish titles for lay Christians on topics such as discipleship, apologetics, spirituality, relationships, marriage, parenting, and the intersection of Christianity and culture. We also publish books and ministry resources for pastors and church leaders, concentrating on topics such as preaching, worship, pastoral ministries, counseling, biblical reference, and leadership.

As for Baker books being “relevant, intelligent, and engaging,” I will reserve judgment for now—well, at least until I finish this blogpost.

Jesus Mythicism and Christian Conservatism now seem to be moving in opposite directions as regards dating. It’s not surprising that RDNT’s thesis is diametrically opposite to the one developed over the last several years on this website—I propose that the New Testament is approximately one century later than commonly thought. If this keeps up, pretty soon doctors of theology will be proposing that Peter and his fishermen friends were (with pen and papyrus in hand) traipsing around the Galilee while recording Jesus’ ipsissima verba—in perfect Greek, of course—and wasted no time writing down his several biographies.

Okay, so the canonical gospels conflict with one another. Well, so what if John has a one-year ministry of Jesus and the others have a three-year ministry? When it comes to selling books to lay Christians no one needs to get too technical!

My advice to Baker Books is this: Why not just cut to the chase and affirm that the gospels were all written down by 30 CE? That’s three full years after Jesus’ death (according to the latest, re-revised chronology)—plenty of time (even for fishermen) to commit those texts to papyrus. And a perk of this line of thinking is that it gets rid of the whole oral tradition boondoggle (which everybody secretly knows is bogus anyway).

And if our colleagues at Baker Books object that the fishermen couldn’t write in Greek, I would reply, “Nonsense! They were simply visited once more by the Holy Spirit.”

One of the blurbs on the dustcover of RDNT is by our erstwhile colleague, James F. McGrath of Exploding Cakemix fame—I mean Exploring our Matrix—who writes: “Bernier offers a much-needed corrective to the tendency for dates assigned to the New Testament works to drift further in opposite directions due more to ideological preferences than to evidence…” 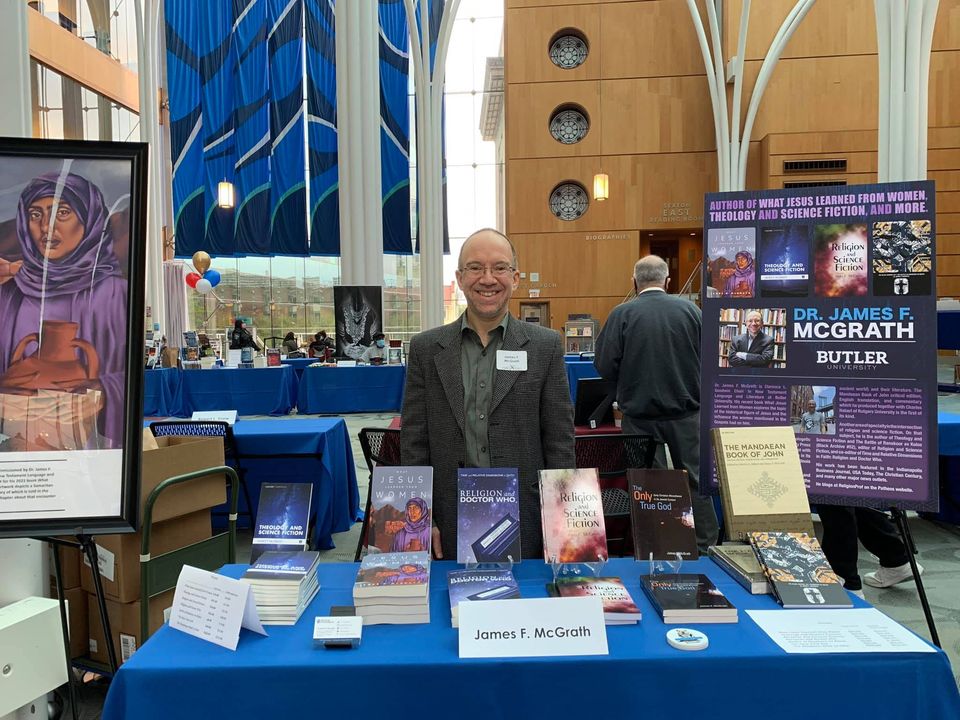 Yes, we must watch out for those pesky “ideological preferences,” mustn’t we? 🙂 But I am pleased to learn that conservative Christianity desperately needs a corrective for the problem of ‘dating drift.’ While I don’t suppose this humble MP blog had anything to do with Baker and Bernier going ballistic over chronology, I do wonder how broadly a (welcome) chronological ‘drift’ is presently encountered in the halls of scholarship and invite readers to send along information on any scholars who promote a second century dating for one or more of the canonical gospels (and/or for the Pauline epistles).

I’m simply suggesting we find out who’s rattling the cages of Baker and Co.!